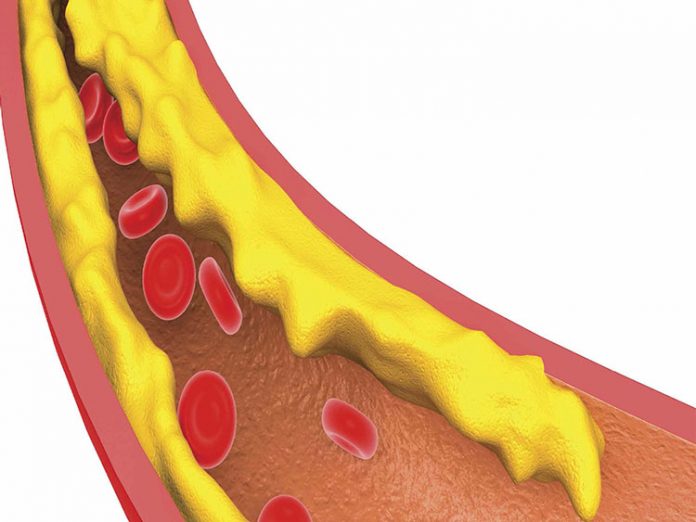 JAMES SMITH*, a 65-year-old white man, presents to his primary care provider (PCP) with symptoms consistent with a transient ischemic attack (TIA). He has had three transient episodes of left-eye blindness in the past 2 weeks and today experienced a fourth episode accompanied by right-arm numbness that lasted 30 minutes. Mr. Smith’s past medical history includes coronary artery disease, diabetes mellitus, tobacco use, and hypertension.

The PCP tells Mr. Smith that he may have had several TIAs and is at risk for a stroke. Mr. Smith is sent to the emergency department (ED), where the ED physician orders a carotid ultrasound (to evaluate for carotid stenosis), magnetic resonance imaging (MRI) of the brain (to assess for ischemia or infarct), electrocardiogram (to assess for cardiac arrhythmia), and lab work. The ED physician reviews Mr. Smith’s medication list, ensuring that he’s currently taking anti-platelet and statin therapy. The MRI is negative for a stroke, but Mr. Smith’s carotid duplex reveals velocities consistent with a critical carotid stenosis. Mr. Smith’s TIA symptoms are attributed to the stenosis, and he’s referred to a vascular surgeon who initiates dual anti-platelet therapy. The American Heart Association/American Stroke Association (AHA/ASA) recommends starting dual anti platelet therapy within 24 to 48 hours after a TIA and continuing these medications for 21 days. After 21 days, clopidogrel is continued for 90 days for secondary . prevention. As Mr. Smith has both carotid and coronary artery disease, he’ll continue lifelong antiplatelet therapy.
*Name is fictitious

In an 8-year study on the prevalence and risk factors of asymptomatic carotid artery stenosis, Kaul and colleagues determined that carotid artery atherosclerosis is a major risk factor for stroke. Hypertension and diabetes also were noted as significant risk factors; 56% of participants with hypertension had a 2.5 times increased risk of ICA stenosis, and 55% of those with diabetes for 15 years or longer had a 6.2 times increased risk.

Baradaran and colleagues studied silent brain infarctions in patients with asymptomatic carotid artery atherosclerotic disease who had unilateral ICA stenosis of 50% or more. Their retrospective analysis of MRI or computed tomography images found that one-third of participants had evidence of silent brain infarctions on the same side as the ICA stenosis. The researchers state that their findings suggest atherosclerotic ICA stenosis is associated with an increased incidence of embolic occlusion in the anterior cerebral circulation. In addition, patients may report lack of carotid stenosis symptoms, but may have suffered at least one small, silent brain infarction. The researchers recommended examining the current treatment guidelines to evaluate if targeted therapy can decrease the risk of stroke. The results of this study indicate the importance of treating patients with carotid stenosis whether or not they have symptoms.

A review by Rubin and colleagues of several randomized controlled trials of carotid stenosis and stroke risk demonstrated that surgical intervention (carotid endarterectomy) provided effective secondary prevention in patients with more than 50% stenosis. However, the same report found that in asymptomatic patients with severe stenosis, endarterectomy effectiveness was significantly less than in symptomatic patients.

In the United States, stroke is the principle cause of permanent long-term disability and is responsible for significant financial burden.

• Approximately 7.2 million American adults experience a stroke within their lifetime (2.7% of the population, or one stroke every 40 seconds).
• One of every 19 deaths is attributed to stroke.
• Mobility is decreased in over 50% of individuals over 65 years old who survive a stroke.
• An estimated $34 billion is spent annually on healthcare costs, medications, and missed work related to stroke.

A TIA is a brief episode of neurologic deficit resulting from cerebral or retinal ischemia without evidence of cerebral infarction. The ASA calls a TIA a “warning stroke.” Within the first 3 months after a TIA, 10% to 15% of patients will have a stroke, half of which occur within 48 hours after the initial TIA, according to Khare and colleagues.

Because TIA symptoms typically resolve quickly, they’re frequently ignored, but this early warning sign of stroke should be taken seriously. An online AHA/ASA survey revealed that up to one-third of adults in the United States had experienced a TIA symptom but only 3% sought medical assistance. Public knowledge of TIA symptoms and recommended treatments may help reduce the financial burden and physical impairment from stroke caused by ICA stenosis.

Typical symptoms of a TIA or stroke resulting from carotid disease include amaurosis fugax (temporary monocular blindness caused by an embolus in the retinal artery), arm or leg weakness or paralysis, facial paralysis, or speech difficulties (slurred words or an inability to speak). Retinal examination can reveal Hollenhorst plaque (atherosclerotic embolus from the carotid arteries or the aorta). Dizziness, vertigo, and syncope are not caused by carotid stenosis and aren’t considered carotid occlusive disease symptoms. Patients with TIA symptoms should seek evaluation in the ED to help identify the cause of the TIA so that risk factors can be addressed and appropriate treatment initiated.

Mr. Smith’s vascular surgeon reviews his ultrasound and recommends a computed tomography angiography (CTA) to confirm the findings and prepare for surgery. The CTA confirms the critical left ICA stenosis, and the surgeon recommends a left carotid endarterectomy to decrease future stroke risk.

Mr. Smith undergoes the left carotid endarterectomy and is transferred to the intensive care unit (ICU) for postoperative care, which includes monitoring for complications.

After surgery, patients are at risk for several conditions and require close monitoring. Because the carotid baroreceptors are located near the carotid sinus (superior to the carotid bifurcation and site of a carotid endarterectomy), hypertension or hypotension may occur i the early postoperative period. Patients also may be at risk for intraoperative or postoperative stroke caused by embolization from disrupted plaque or a blood clot traveling to the brain from the carotid artery. Neurovascular assessment and vital signs are monitored to prevent hypertension (systolic blood pressure > 180 mmHg) and hypotension (systolic blood pressure < 90 mmHg or mean arterial pressure < 65 mmHg) according to guidelines from the Society for Vascular Nursing.

Although cerebral reperfusion syndrome is rare, it’s the most common cause of intracranial hemorrhage and seizure activity in the first 2 weeks after carotid endarterectomy. Nurses should be aware of carotid reperfusion symptoms to ensure prompt treatment. Symptoms include severe ipsilateral (same side as the carotid endarterectomy) headache, focal contralateral (opposite side) neurologic symptoms, hypertension, or seizure. The nurse should notify the patient’s provider and administer medication to control hypertension, headache, and/or seizure activity as ordered. Rigorous blood pressure control also is required, and a neurologist may be consulted to assist with management.

The ADA also recommends the following:
• In general, for a patient who’s overweight, an initial weight-loss goal of 10% of
baseline weight is encouraged over 6 months. If the patient reaches this initial goal, additional weight-loss goals can be established when necessary.
• In patients with diabetes who are hospitalized after an ischemic stroke, target blood glucose should be between 140 to 180 mg/dL.
• Because smoking increases the risk of stroke, patients should be counseled on smoking cessation and use of nicotine products and oral smoking-cessation medications.

The American Heart Association (AHA) recommends the following lifestyle changes for all Americans, but each person’s 10-year atherosclerotic cardiovascular risk should be calculated to individualize treatment parameters for maximum benefit and to avoid overtreatment.

Single antiplatelet therapy with aspirin is recommended to prevent coronary events in patients with ICA stenosis who are asymptomatic and don’t have a history of stroke. For patients with non-cardioembolic acute ischemic stroke, aspirin and extended-release dipyridamole and clopidogrel have shown efficacy. Early antiplatelet therapy with aspirin (81 to 325 mg) should be started within the first 48 hours of symptom presentation, before surgical intervention, and continued after surgery.

Good blood pressure control is essential to stroke prevention. In patients who are neurologically stable, a blood pressure goal of < 140/90 mmHg is considered safe and reasonable to maintain for long-term control.

Statin therapy is recommended for primary and secondary prevention of atherosclerotic cardiovascular disease (ASCVD). According to the 2018 American College of Cardiology (ACC)/AHA guidelines for treating blood cholesterol, high-intensity statin therapy is recommended to reduce ASCVD in adults younger than 75 years old. The AHA/ASA also recommends assessing the coronary artery calcium (CAC) score (with a noninvasive heart scan) in patients over 40 years old with uncertain risk status. CAC scores range from 0 (low risk) to >100 (an indication to start statin therapy).

After surgery, Mr. Smith is neurologically intact and has stable vital signs. He’s discharged 24 hours after his ICU stay. Because Mr. Smith has known atherosclerosis, a statin medication and aspirin are prescribed at discharge. He also receives education about smoking cessation and the various pharmacologic therapies available.