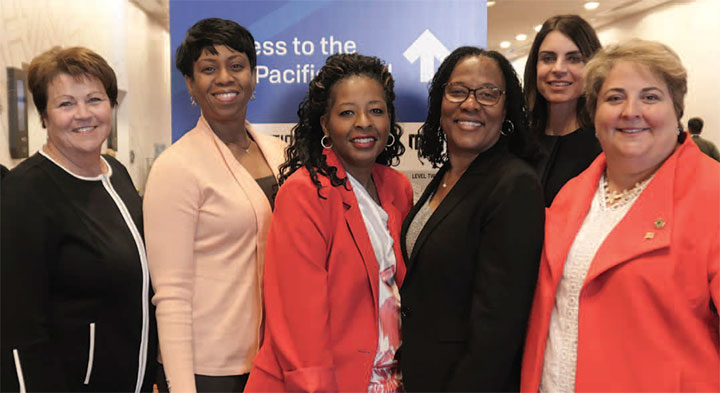 African Americans accounted for just 3.4% of nursing leadership positions, according to a 2013 national survey by the American Organization of Nurse Executives, indicating the scarcity of role models and mentors for future African American healthcare leaders. In our increasingly diverse global workforce, it is critical that minority nurses have appropriate leadership and mentorship opportunities.

“…to know that I could be a leader someday, because somebody who looks like me did it.” — Study participant

The American Nurses Foundation is committed to helping more nurses become leaders. The Foundation’s M. Elizabeth Carnegie Endowment Fund, which is earmarked for studies about African American nurses, is helping to provide models for nurses to make the transition into leadership roles.

A 2016 Carnegie Grant recipient, Gaurdia E. Banister, PhD, RN, NEA-BC, FAAN, executive director of the Institute for Patient Care at Massachusetts General Hospital, led a team of nurses in a qualitative project titled “An exploration of the sustained impact of the clinical leadership collaborative for diversity in nursing (CLCDN) program among African American nurse participants.”

CLCDN (umb.edu/academics/cnhs/partnerships/clinical_ leadership_collaborative) was established in 2007 by the Partners HealthCare Chief Nurse Council in collaboration with the University of Massachusetts at Boston. Its primary goal is to increase the number of minority nurses in the Partners HealthCare system by equipping them with resources for a successful transition to practice and positioning them as future nursing leaders. Banister’s study measured the sustained impact among African American nurses 1 to 6 years post-participation.

“Receiving the Carnegie grant allowed me to execute a research study that provides valuable information about the lived experience of African American nurses in a large healthcare system,” said Banister, an American Nurses Association (ANA) Massachusetts member. “Bringing their powerful voices to life helps to inform nurses and other clinicians about their experiences.” Using stories, histories, and narratives through responsive interviewing, Banister captured the participants’ experiences to show the impact of the program. For example, meeting and interacting with other minority nurses who were successful role models was invaluable for the participants both personally and professionally:

“Every time I went to these events, it always made me better, made me more confident, made me feel better about myself.” — Study participant

The study showed that as CLCDN graduates transitioned into practice, they often became mentors themselves. Their confidence carried over into their nursing practice. They felt that culturally diverse patients embraced the African American nurses as a resource and were more likely to disclose their cultural and clinical needs.

Banister’s study identified potential models for how academic and healthcare facility partnerships could enhance the educational experience, improve the transition to practice and retention of new minority graduate nurses, and decrease associated costs. In fact, more than 78% of the participants are currently working as RNs at Partners HealthCare facilities, thus succeeding in establishing a pipeline for minority nurses.

In addition to presenting their findings at forums, including the Sigma Theta Tau International Honor Society of Nursing conference in Australia, Banister and her team are working on their first publication. “I can’t thank the American Nurses Foundation enough for believing in me and my incredible team by providing the funding,” Banister said.

— Elizabeth J. Franzino is the director of development at the American Nurses Foundation.