Music and the power to heal 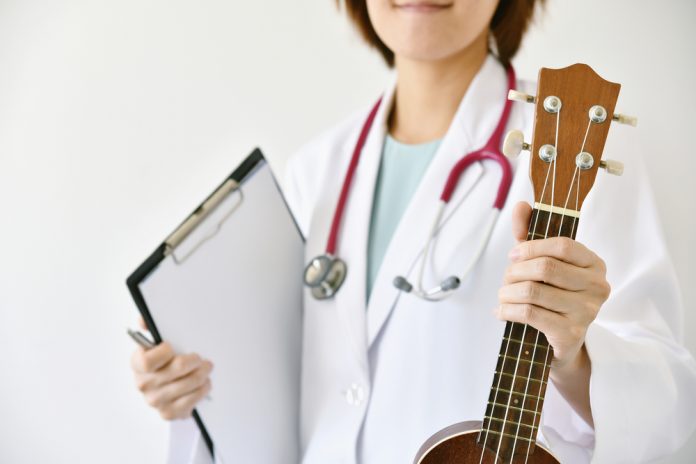 The other day I read an article in The New York Times about music therapy. The article included the story of a nurse who had been diagnosed with acute lymphoblastic leukemia. The music therapist (Emily Caudill) played a reverie harp while she guided the patient through a meditation focused on breathing in with descending notes and out with ascending notes, relaxing arms and legs, and releasing thoughts as they arrived. The nurse, it turned out, had decided to continue with chemotherapy but not have a bone marrow transplant. The music therapy was helping her come to terms with this decision.

Emily, the music therapist, is a trained bluegrass fiddler who had rethink professional performance after hearing loss related to treatment for an ovarian germ cell tumor. Music therapy is her new career.

If you’re not familiar with music therapy, you might want to check out some of the research and resources. In a nutshell, though, music has been shown to light up neurons between the brain’s hemispheres and aid in neuroplasticity. It’s been used in conjunction with treatments for mental and behavioral disorders; endocrine, respiratory, circulatory, and nervous system diseases; and also during pregnancy and childbirth. And it’s been shown to improve global and social function in patients with schizophrenia, gait in patients with Parkinson’s disease, symptoms of depression, and sleep. In some cases, patients with Alzheimer’s, Parkinson’s, or autism, and those who’ve experienced stroke will respond to music even though they don’t respond to much else. And the research continues. The National Institutes of Health recently awarded $20 million to study music therapy and neuroscience.

Nurses can help advocate for music therapy in their organizations, and they can be trained to work as music therapists themselves. I think Maya Angelou described the benefit of music beautifully: “Music was my refuge. I could crawl into the space between the notes and curl my back to loneliness.” That alone seems like a service to suffering patients.

Providing ethics consultation in the middle of a pandemic

As a new graduate RN, I was confronted with the case of allowing a natural death for a 6-month old baby girl who survived...
Read more
Clinical Topics

You’re too important not to get vaccinated. Editor’s note: This is an early release of an article that will appear in the March 2021 issue...
Read more