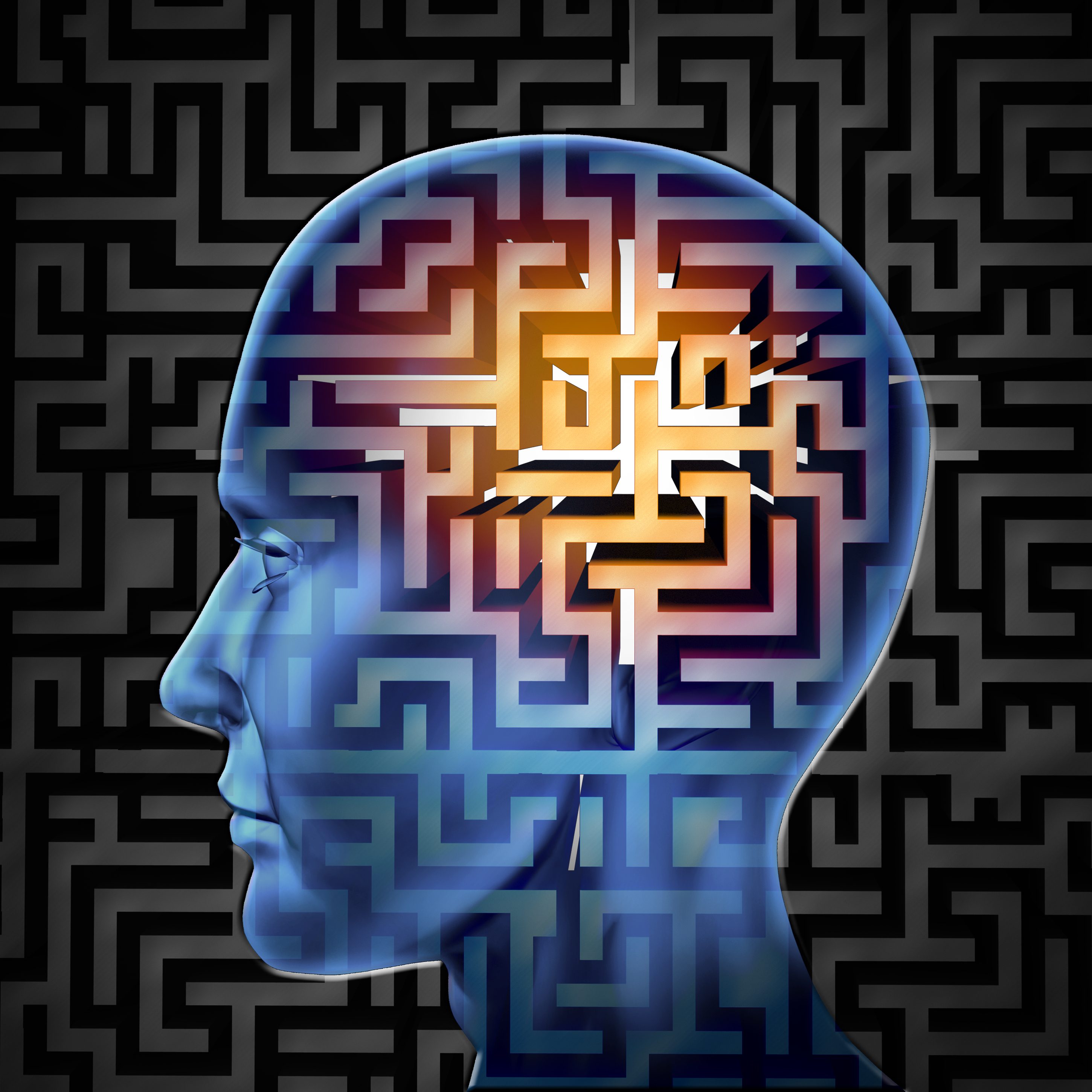 Chris M. is a 28-year-old woman who presents to your outpatient clinic complaining of easy fatigue when chewing food (particularly tougher foods, such as steaks), occasional difficulty speaking, and intermittent periods of blurred or double vision. Based on these complaints, would you suspect myasthenia gravis (MG) as a possible diagnosis?

MG is characterized by weakness resulting from an antibody-mediated, B- or T-cell dependent immunologic attack on proteins in postsynaptic membranes of the neuromuscular junction. Antibodies alter the response of acetylcholine receptors at the neuromuscular junction, preventing muscle contraction. MG may be seropositive (with detectable antibodies to the acetylcholine receptor or muscle-specific receptor tyrosine kinase) or seronegative (with no detectable antibodies). Thymus abnormalities (such as thymic hyperplasia or thymoma) may be present.

While the cause of MG remains unknown in many cases, the condition sometimes is triggered by thymoma. Certain antibiotics (aminoglycosides, ciprofloxacin, erythromycin, and ampicillin), beta-adrenergic receptor blocking agents, lithium, magnesium, procainimide, verapamil, quinidine, and anticholinergics, may exacerbate signs and symptoms.

Less common than other neurologic disorders (with an annual incidence in the United States of 10 new cases per million people), MG is the most common neuromuscular transmission disorder. Its incidence increases with age. However, two incidence peaks occur in women—ages 20 to 40, and from age 70 and up.

The hallmark of MG is fluctuating muscle weakness or muscle fatigue demonstrated by worsening contractile muscle force, not a sensation of tiredness. Fatigue without weakness isn’t consistent with MG. However, MG patients may have fluctuating weakness and fatigue of affected muscle groups. Although presentations may vary among patients, common signs and symptoms include dysphagia, ptosis, binocular diplopia, and bulbar signs and symptoms.

Ptosis (eyelid drooping, which may be unilateral or bilateral) or binocular diplopia (double vision that disappears when one eye is closed or covered) is the presenting complaint in more than 50% of MG cases. Many patients who present with other symptoms develop ptosis or diplopia at some time in the course of illness. About 15% of patients experience bulbar (jaw muscle or oropharyngeal) findings, such as dysarthria (difficulty speaking, characterized by difficulty with articulation), dysphagia (difficulty swallowing), or fatigable chewing (such as Chris’s presenting complaint). Isolated proximal limb weakness occurs in less than 5% of patients.

The disease frequently affects facial muscles, which may cause an expressionless appearance. MG also commonly affects neck muscles, causing “dropped head syndrome,” in which the weight of the head may overcome the extensor muscles.

MG may impair respiratory muscles, resulting in myasthenic crisis—a true neuromuscular emergency. Respiratory muscle weakness causes acute respiratory failure, commonly as a result of carbon dioxide retention induced by hypoventilation. Myasthenic crisis may warrant intubation and mechanical ventilation. It most often follows surgery (such as thymectomy), may occur during later disease stages, or may result from infection, pregnancy, childbirth, and certain medications (such as those listed above).

Several tests are available to diagnose MG. The ice pack test and Tensilon (edrophonium) test may aid diagnosis, although they shouldn’t be used alone to confirm the diagnosis.

Neuromuscular transmission improves at cooler temperatures; the ice pack test takes advantage of this principle to help confirm a diagnosis of MG. It can be done in patients with ptosis, but may not be helpful in patients with other signs or symptoms. A bag of ice is held against the patient’s closed eyelid for about 2 minutes; immediately after its removal, the clinician evaluates the degree of ptosis; if ptosis improves, MG is the likely cause.

Tensilon inhibits acetylcholinesterase, an enzyme that degrades the neurotransmitter acetylcholine. It has a rapid onset (less than a minute) and short duration (5 to 10 minutes). To perform the Tensilon test, 2 mg Tensilon is given I.V. The dose can be repeated at 60-second intervals to a total dose of 10 mg. Most patients respond after administration of 4 to 6 mg.

In patients with MG, Tensilon causes an immediate increase in muscle strength in affected muscles by prolonging presence of acetylcholine (the neurotransmitter affected by MG) at the neuromuscular junction. However, Tensilon carries significant risks, particularly in the elderly and those with cardiac disease, arrhythmias, or bronchial asthma. Also, it’s linked to a significant number of false negatives and false positives. The test should be used only in patients with obvious ptosis or ophthalmoparesis, in whom improvement can be easily seen; generally, interpreting results in other muscle groups is unreliable.

Because MG may be caused by a thymus abnormality, all MG patient should undergo computed tomography (CT) or magnetic resonance imagining (MRI) of the mediastinum to evaluate for thymoma. For patients with primarily ocular or bulbar symptoms, brain MRI also may be done to exclude other disorders within the differential diagnosis (brainstem pathology, thyroid ophthalmopathy, and multiple sclerosis).

Treatment of MG varies with the severity and cause of the disease. The primary therapies are:

Anticholinesterase agents, such as pyridostigmine (Mestinon), generally are the first-line treatment because they’re relatively safe and easy to use. These agents slow acetylcholine degradation (by inhibiting acetylcholinesterase) and prolong its effect, which may improve strength. However, pyridostigmine has a short duration. For patients requiring further treatment, immunosuppressive agents, such as glucocorticoids, azathioprine, or cyclosporine, may be given in conjunction with anticholinesterases. Immunosuppressants work by reducing production of antibodies, such as those that attack proteins in the postsynaptic membrane of the neuromuscular junction in MG.

Tests show Chris M. has seropositive MG, with positive autoantibodies to acetylcholine receptors. A CT scan of the chest reveals thymic hyperplasia. Because her symptoms are relatively mild, she is started on pyridostigmine 30 mg three times daily. Her young age and thymic hyperplasia make her a candidate for surgery; she’s referred to a surgeon for further evaluation.

You discuss Chris’s diagnosis with her, and inform her of signs and symptoms of worsening disease or myasthenic crisis. You include her husband and parents in education sessions. In a crisis such as this, patients may not retain all the information discussed, so you give Chris a myasthenia gravis fact sheet provided by the National Institute of Neurological Disorders and Stroke. Finally, you refer her to the Myasthenia Gravis Foundation of America website (www.myasthenia.org), which offers patient education and has more than 20 chapters throughout the country.

MG is a life-altering diagnosis. With support from healthcare providers, family, and friends, patients like Chris can learn to manage their MG and recognize the signs and symptoms that warrant immediate attention. As a nurse, you can play an integral part in helping them manage the disease and maintain their general well-being.

A. Kate Eby is a family nurse practitioner with CogentHMG at Benefis Health System in Great Falls, Montana.