Nursing our vacations: Will things ever be the same? 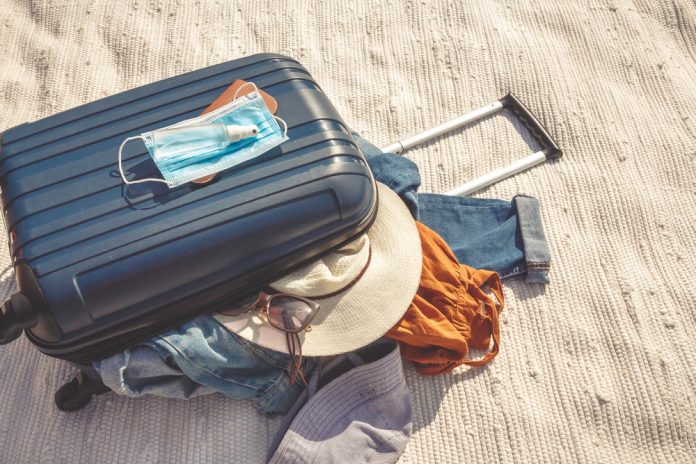 It all started with a single uncovered sneeze by a dining room crewmember on my 2016 post-doctoral dream cruise. After witnessing him inoculate the formerly tempting and beautifully-stocked salad bar, I silently walked out of the dining room and onto the sun-filled deck. The balmy afternoon ocean breeze proved to be the perfect antidote for my disgust and the idea for my 2017 American Nurse Today (now American Nurse Journal) article “Nursing our vacations: How being a nurse (almost) ruined my vacation” was born.

Even before the sneeze, for several days my internal dialogue had been a tug of war between a sense of duty to share many other observations versus just “letting go” and enjoying the amenities offered by this beautiful floating palace. In the end there was no question. The nurse in me won handily and I chose to lean heavily into the discomfort caused by the frequent obvious breaches in infection prevention, safety, proper food handling, and other health standards I had done my very best to deny:

After 20 years of traveling, I acquiesced that such deficiencies were not unique to cruise liners. They were everywhere, no matter the lodging or how I got there. Several times I had even traveled with small children or my elderly parents and asked myself what if one of us became sick or injured while at sea or on foreign soil? Would proper medical assistance be available in sufficient quality or quantity to meet our needs? These and other questions emerged from my perspective as a seasoned nurse. On a 2004 cruise my curiosity got the best of me, and I requested to view the ship’s medical facilities. As I toured, I was intrigued by the tiny operating room, postage stamp-sized pharmacy, and microscopic three-bed hospital ward.

When I inquired about the potential for these facilities to address a wide-scale shipboard medical crisis, the ship’s nurse said that with an onboard helipad, patients who were “really sick” could easily be airlifted to the nearest medical facility or medical supplies airlifted onboard, even if the ship was out to sea. I probed further and she self-assuredly replied that patients could also be confined to their quarters and treated based on medical support personnel and resources available. She smiled politely and I left, deep in thought as I returned to join my friends for a fun-filled afternoon. The tour had been interesting but why worry? Something very bad couldn’t happen on a cruise ship, I mean not on vacation….could it?

In 2004, questions about onboard emergencies seemed rhetorical. At that time it seemed things like that didn’t happen to us, they were only images beamed into our living rooms from far-away countries. Flash-forward to the spring of 2020 as news feeds showed cruise liners full of beleaguered Americans under lockdown and barred from docking not only in the United States, but anywhere. Something very bad, in the form of a global pandemic, was happening, and I immediately sensed its transformative impact on future vacations and our lives in general. I’m not only speaking of the ubiquitous “we,” but specifically nurses. Seemingly always in control, how on earth will we “nurse” our vacations in the future? Will we ever be able to really let go and relax on vacation again?

Over the past two decades my family and friends jabbed at me good-naturedly concerning my insistence on cleanliness and safety no matter where I traveled. As the perfect antidote for a life filled with many personal and professional responsibilities, I developed a real penchant for cruises, the perfect escape where everything is gloriously socially-engineered and meticulously pre-planned. Even as I embarked, I knew where I would stay; where, when, and what I would eat; and how I would be entertained. What busy professional could ask for anything more?

In retrospect, the concerns conveyed in my previous article about my 2016 cruise seem a bit satirical and tongue-in-cheek, but over the years concerns about legitimate health crisis were widely broadcast. In the mid-2000s, stories about an outbreak of Sudden Acute Respiratory Syndrome (SARS) in China were featured on the national news. Though a foreshadowing of things to come, in 2003 fewer than 800 people worldwide died from the disease, with only one U.S. fatality noted. Prompt action by the CDC and a less virulent strain ensured the crisis was effectively contained. As I stood in line to embark on my 2003 cruise, a ship’s employee handed me a SARS health questionnaire. The short survey consisted of just a few questions that I quickly and rather absent-mindedly answered. The same employee collected it without much more than a cursory glance. Our unspoken joint mission was for me and the rest of the passengers to board the ship and start spending.

In the ensuing years, I also heard multiple news stories about hundreds of passengers on various cruise ships succumbing to the Norovirus, which according to the CDC’s website is “…a very contagious virus that causes acute vomiting and diarrhea.” Despite the virus’s obvious vacation killjoy factor, it’s rather short-lived, with a standard recommended treatment of drinking “…plenty of liquids to replace fluid lost…” Rarely fatal, Norovirus outbreaks were contained, with passengers quarantined until they were cleared by local health officials and news stories fading into obscurity.

The spring of 2020 found us—and the vacation landscape—in another dimension. The world is currently at war with a new sinister, mysterious, and highly dangerous enemy, also a Coronavirus, but this time a strain known as COVID-19. With tens of thousands of known fatalities worldwide, widespread levels of infection on U.S. soil, lack of efficacious treatment, and no vaccine, the world quickly understood that those who underestimated this enemy paid terrible consequences. COVID-19 seemed to arrive just as many of us were making our vacation plans, which as nurses know, must usually be submitted months in advance.

Perhaps the first hint of things to come came as early as March 2020, when Dr. Anthony Fauci, long-term director of the National Institute of Allergy and Infectious Disease cautiously advised on several national newscasts that he would not even think of setting foot on a cruise ship at this time. I imagine the cruise industry immediately began to torque and moan under the weight of his concern, especially given his high level of visibility and national exposure.

Word soon spread that several cruise lines were relaxing cancellation policies and then as images of passengers disembarking after weeks of quarantine made headlines, the bottom dropped out, and cruises were cancelled all together—indefinitely. Although the airlines didn’t follow suit per se, passengers apparently voted with their feet and simply stopped flying. With many planes flying at critically low capacity, a number of airlines cancelled routes altogether, but for how long?

Unfortunately, not only cruises, but all forms of vacation quickly found themselves under indictment by the unexpected arrival of COVID-19. Historically, the hot summer months find vacations, amusement parks, resorts, tourist attractions, and most forms of outdoor entertainment in full swing, making the flu and other communicable diseases quickly seem like last season’s bad memory.

In stark contrast, the COVID-19 pandemic is infinitely more serious and has presented many life-threatening challenges. The noun “social distance”, and its companion verb to “socially distance”, have quickly taken root in our vocabularies and significantly impacted our behavior. As most public places temporarily closed due to concerns about lack of social distancing, it seemed almost impossible to conceptualize adequate safety precautions in close environments like airplanes, buses, and cruise ships.

Consider cruise ships, filled with passengers waiting shoulder-to-shoulder in long lines for food, poolside patios hopelessly crowded with scores of passengers sitting in deck chairs, and crowded nightclubs filled with those whose only crime is seeking to enjoy their vacation and have a good time. Will we ever sail, fly, amuse ourselves, dine, or enjoy entertainment with care free abandonment, or we will be looking over our collective shoulders for decades?

Think carefully about your last vacation. Did you also notice packed conditions at your last resort, theme park, casino, or museum? Consider airplanes, commercial buses, and even automobiles. Is social distancing possible even under those conditions? One of my co-workers refers to plans and cruise ships as flying and floating petri dishes, respectively. I can’t say I disagree with them.

From a broader perspective, has the devastating economic downturn placed the very idea of taking a vacationing firmly out of reach for many? As nurses our jobs seem fairly secure. However, given widening unemployment and poverty around us, will we struggle with the more complex meta-ethical issue of spending our disposable income a vacation with so many in our communities in need? Will thoughts of neighbors standing in lines at the food bank dance in our heads while we stand in line at the all-you-can-eat on our favorite cruise liner’s lido deck?

As I asked in my 2017 article, I ask again” will any nurse ever be able to “turn ourselves to the off position” to relax and enjoy future vacations and fully maximize their restorative potential? As I decided then, I will affirm now: the answer is a resounding “no.” It was—and I suspect always will be— fully impossible to let down my “nursing guard” and truly enjoy myself.

Despite the challenges, however, I certainly plan on flying, cruising, and vacationing again—many times. In fact, I had planned on another dream cruise for summer 2020. However, since many of us work in healthcare settings where we have witnessed firsthand the devastating, life-threatening nature of the illness, how could we possibly agree to go on vacation ourselves, let alone take small children, grandchildren, elderly parents to crowded conditions that seem perfect for transmission?

Somehow my own back yard (literally) seems quite alluring. For now the concept of a staycation seems very sensible and very safe, but I’ll soon plan my next vacation with cautious optimism and a renewed sense of practicality only a nurse could understand.

When any agency asks their employees to complete an employee engagement survey they are likely to see communication at the top of the list...
Read more
Cardio-Pulmonary