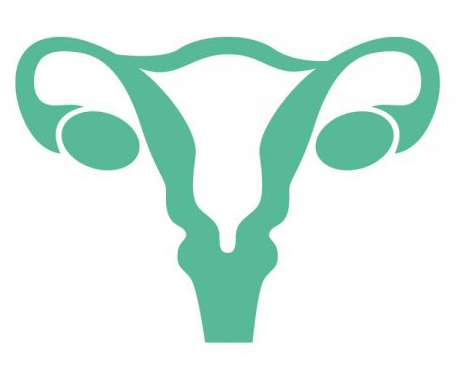 A call to action for early detection and diagnosis.

This article was provided to American Nurse Journal by Aspira Women’s Health and did not undergo peer review.

Despite decades of research, ovarian cancer remains one of the most lethal of gynecological cancers.1 In the United States, it ranks as the fifth highest cause of cancer death, even though its incidence—1.3% of all new annual cancer cases—is relatively low.2,3

Unfortunately, the onset of ovarian cancer is usually quite insidious, with symptoms that mimic much less serious conditions, thereby earning it the unsettling nickname of “the cancer that whispers.” Even more troubling than the fact that women often ignore or dismiss the bloating, back pain, appetite loss, vaginal bleeding, or urinary disturbances that can herald the malignancy is that many health care professionals exhibit the same response when alerted to these symptoms. The devastating result is that when ovarian cancer is finally detected, it has progressed to stage III or IV disease, when five-year survival rates can be as low as 30%.2,4

Faced with these dire facts, coupled with the not insignificant risk of development of pelvic masses over a woman’s lifetime, questions arise—first and foremost, “is this acceptable” and “if not acceptable, what can be done to significantly change these outcomes?” “How can we best improve early detection and diagnosis as well as survival rates?” “How can we best identify which pelvic mass is likely to be a manifestation of ovarian cancer and which of these masses must be treated surgically?” “Aren’t we in need of new testing modalities that will allow improved identification of women at risk?”

Women need to be aware of their bodies as well as any changes—however small they may be—and talk with their health care professionals. However, it seems fundamentally logical that it is incumbent upon their health care professionals to treat these concerns promptly and fully. Most women who develop ovarian cancer are not high-risk for the malignancy, surprisingly. There are, though, several factors that increase ovarian cancer risk, including increasing age, or having either close family members with ovarian cancer, a genetic variant in a gene that increases risk (such as BRCA1 or BRCA2), endometriosis, Lynch syndrome, an Eastern European or Ashkenazi Jewish background, never had a full-term pregnancy or have had difficulty becoming pregnant, or having breast, uterine, or colorectal cancer. In addition, women who have had taken estrogen for 10 or more years (without progesterone) may be at increased risk as well.5

All of this underscores the need for health care professionals to have a deep understanding of how these factors may affect a women’s risk for ovarian cancer. And raises the unsettling question as to whether or not the current standard of care is adequate.

Moreover, some evidence suggests that there may be racial disparities in CA-125 results. Specifically, CA-125 testing may have lower sensitivity than multivariate index assays in African American women with pelvic masses when testing for malignancy.12 CA-125 primarily detects epithelial cancer, which has the highest incidence in Caucasian women. However, African American women are more likely to have different subtypes of ovarian cancer, such as sex-cord stromal tumors.12 And, CA-125 is not cleared by the Food and Drug Administration to evaluate pelvic masses prior to surgery. It has only been approved to monitor a patient’s progress during treatment for ovarian cancer.7

Accurate diagnosis of women with pelvic masses is essential for general gynecologists to decide on appropriate management decisions. In other words, the accurate differentiation between benign and malignant pelvic masses is the optimal starting point in the entire chain of care. Women with malignant masses should be referred to gynecologic surgeons for proper surgical staging and optimal debulking surgery. Those with benign masses can be managed conservatively or with laparoscopic surgery that can be performed by a general gynecologist. Improper identification has the potential for decreased patient survival or serious morbidity and/or unnecessary infertility from overly radical surgery.13,14 Therefore, it is essential that health care professionals have and make use of testing that ensures accurate and confident identification of pelvic masses.

Essential—yes. Both healthcare professionals, patients, and women can agree on that. However, the past four decades have brought no concrete advances in the testing of pelvic masses and, ultimately, an increase in early detection and diagnosis of ovarian cancer and a decrease in deaths from the malignancy. The time is long past for a significant development in this field. A bright light needs to shine on the dark, devastating disease that is ovarian cancer. Only a call to immediate action can effect radical change that renders ovarian cancer an easier malignancy to detect at a very early stage. As Kaile Zagger, Chief Operations Officer at Aspira Women’s Health, notes, “It’s time to bring significant efforts and energy to solving for this devastating disease, Aspira Women’s Health is the company to do just that.” She has personally experienced the devastating nature of late-stage ovarian cancer, beginning with her mother’s diagnosis at the young age of 40 and her passing six years later. This has propelled her to be fiercely committed to the prevention, early detection, and mitigation of late-stage diagnosis.

Fortunately, there has been a recent addition to the diagnostic armamentarium for health care professionals regarding pelvic masses. Aspira Women’s Health is helping transform women’s health with the discovery, development, and utilization of innovative testing options and bioanalytical solutions that help health care professionals assess risk, optimize patient management, and improve gynecologic health outcomes for women. OVA1plus™ is a reflex process that has the potential to help health care professionals further stratify a patient’s risk of malignancy prior to scheduled surgery. OVA1plus is a combination of Aspira’s two FDA-cleared products OVA1® and OVERA® to detect risk of ovar­ian malignancy in women with a pelvic mass. OVA1 combined with imaging & physical exam provides the highest sensitivity of any ovarian cancer risk assessment for patients with pelvic masses—96%. OVA1 also provides superior sensitivity especially in early-stage detection for risk of malignancy vs. CA-125.15 A recent publication reinforces the advantage of a multivariate index assay like OVA1 in its ability to detect ovarian malignancies when CA-125 is within the normal range—OVA1 detected ~58% of the malignancies that were missed by CA-125.16

Aspira is continuing to make great strides in its goal of developing innovative testing options and bioanalytical solutions to significantly improve women’s healthcare. OVAWatch™ is a noninvasive risk assessment tool used in conjunction with clinical assessment and imaging to determine ovarian cancer risk for women with a pelvic mass who are not currently recommended for surgery and for women who may benefit from a monitoring approach. This multivariate index assay assesses seven biomarkers (CA-125, HE4, B2M, ApoA1, transferrin, transthyretin, and FSH) as well as age to provide a comprehensive assessment of ovarian cancer risk. Powered by an algorithm that was developed by dynamically evolving and learning from known histopathology diagnoses. OVAWatch™ has been shown to be more effective than CA-125, as it possesses a higher sensitivity in all ovarian cancer stages, particularly in early-stage disease. Its high negative predictive value assures that a low-risk result is truly benign. Moreover, it has potential utility in the detection of malignancy in asymptomatic pelvic masses.17 OVAWatch™ is the only risk assessment tool validated in a low prevalence population that is intended to assess ovarian cancer risk in women with a pelvic mass for whom surgery is not currently recommended.

“We at Aspira are fiercely committed to solving the problem of early detection of ovarian cancer. Aspira has developed a complete portfolio of solutions that can identify malignancies in all pelvic masses. The launch of OVAWatch in October 2021 will create a paradigm shift in the management of pelvic masses and significantly further the goal of early detection and diagnosis of ovarian cancer. We all—health care professionals, patients, researchers, and all women—must come together in a call to action and change the trajectory of this disease so that women are no longer dying needlessly,” emphasizes Kaile Zagger.

Aspira Women’s Health has over 10 years of experience in ovarian cancer risk assessment, with significant expertise in cutting edge research to inform its next generation of products. The focus is on delivering products that allow healthcare professionals to stratify risk, facilitate early detection, and optimize treatment plans. Aspira is led by an experienced team of business, medical & scientific professionals with a passion for improving health outcomes for women.