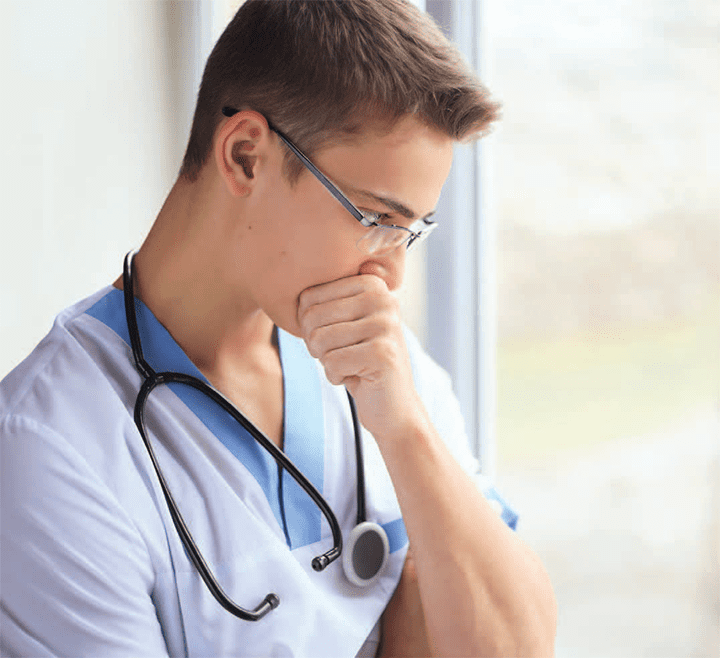 Reporting, recognition, and just culture can make a difference

Editor’s note: This article is the second in a two-part series on patient safety. Access part 1 at americannursetoday. com/?p=55180.

No one wants to make a mistake, especially in the high-stakes world of healthcare. But errors and other types of preventable harm continue to be a problem involving all kinds of clinicians and healthcare settings. One of the first concrete steps in preventing harm is reporting. 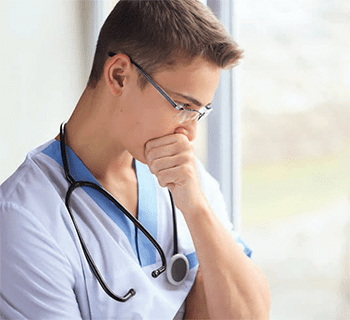 “We know we can learn from all types of [incident] reports, not only from those made when there is actual harm to a patient,” said Patricia McGaffigan, MS, RN, CPPS, vice president of safety programs for the Institute for Healthcare Improvement (IHI). “The least reported are ‘near misses.’ And staff are less likely to report missed care, such as turning a patient every 2 hours, which may be considered an error of omission.”

Said Rebekah Friedrich, MS, RN, CCRN, CPPS, patient safety coordinator at the University of Maryland Medical Center (UMMC) in Baltimore, “Nurses have a duty to say something when we see broken processes, so we can make changes. If nurses report all incidents, we can mine that data to get a true picture of what’s happening.

And when nurses and others are only reporting when we have to— when there is high patient harm— then we are missing latent system failures smoldering under the surface that could lead to a catastrophic event.”

“The biggest challenge continues to be a culture of fear,” said McGaffigan, an American Nurses Association (ANA) Massachusetts member. “In healthcare we’ve tended to blame the person at the proximal end of an error, when most frequently, the contributing factors to errors are preventable systems issues.

“It’s critical that healthcare leaders understand the risks that are inherent in their complex systems, and use a just culture framework that balances organizational and individual accountability. They set the critical tone that encourages reporting, more actively engages teams in investigating why things go wrong as well as why things go right, and ultimately hold the organization accountable for developing strong action plans to reduce future harm.” That said, nurses at every level are helping to spur change.

“Many nurses are leading safety and quality programs in their organizations as patient safety officers and through their staff positions,” McGaffigan said. “Nurses are in a fabulous position to identify risks and hazards before harm occurs. And because we spend the most time with patients and families, our insight is incredibly valuable.”

In November 2018, Baylor University Medical Center at Dallas (BUMC) held its annual celebration: a reward and recognition event for staff who made “good catches.” Called the Fab 50, this house-wide initiative also is aimed at reinforcing the practice of reporting events, which in turn, can lead to even more safety-focused improvements, according to Interim Chief Nursing Officer Rita Haxton, DNP, RN, NEA-BC, a South Dakota Nurses Association member.

A nurse-led multidisciplinary committee chose the 50 winners out of 687 good catches reported by employees in 2018 that, had they not been identified, could have led to patient harm.

“We don’t believe we are having more errors or near misses,” said Director of Quality and Patient Safety Cindy Cassity, MSN, RN, CPPS, since this nurse-initiated program launched about 10 years ago. “We just have a very robust reporting system that helps us learn and continuously improve.”

One 2018 winner was an OR scrub nurse who halted the beginning of a procedure—known as stopping the line—because no one had performed the required, pre-surgical “time out” protocol. Other catches included an employee who discovered an expired product in the OR, which ultimately revealed that it was still available house-wide, and a nurse who, after double-checking the medication administration record, realized a soon-to-be discharged patient should be sent home on I.V. antibiotics. Good catch recipients receive a fleece jacket at the ceremony and are named patient safety champions for their designated areas.

“We then look to them for ongoing improvement efforts,” said Cassity, a Texas Nurses Association member who also has worked to implement other key patient safety programs at BUMC, a Magnet® facility.

Meanwhile on the East Coast, Friedrich and another nurse safety champion launched their “SICU Great Catch” initiative at UMMC in 2016, after testing interventions to increase nurse event reporting.

SICU unit-based safety clinicians select nominees from monthly event reports, and a multidisciplinary committee chooses 12 winners, who are recognized with a certificate and honored through various venues, according to Friedrich. Additionally, SICU staff vote annually on the “greatest catch,” which is announced during National Nurses Week.

One great catch involved a product malfunction with an alarm monitor component, which was not automatically resetting to the required high-low settings when it was temporarily unplugged, such as when a patient was transported for a test.

“Because nurses reported incidents with [the faulty alarm equipment], we saw a pattern and were able to get upgraded before any harm could occur,” Friedrich said.

The SICU program was so well received that UMMC, a Magnet facility, implemented a house-wide, multidisciplinary event reporting collaborative. 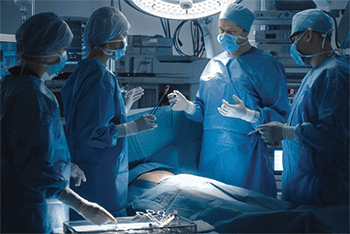 Nurses and other clinicians often are unsure about the reporting process and whether their efforts will lead to positive, lasting change.

When Friedrich was still working in the SICU, she led a project aimed at increasing the number of event reports submitted by SICU nurses, with a secondary goal of upping the number of near-miss reports. She specifically wanted nurses to report all airway events, such as self-extubation, to develop recommended interventions.

Friedrich soon learned that most staff could not recall their event reporting system password or had never logged into the system. Staff members also were unclear about what information to include in reports, and they didn’t know who read them.

So she and key staff members worked to implement several interventions beyond the SICU Great Catch program. For example, she published an educational article in the SICU newsletter that, in part, described event reporting as beneficial, nonpunitive, and key to identifying trends that drive change. She also included time-saving tips for reporting.

As a result of this multifocal initiative, the number of nurse-event reports increased from 5 a month at baseline to about 34, and nurse commitment to reporting has remained strong. Friedrich also shared this project at ANA’s 2018 Quality and Innovation Conference.

For Chief Nursing Officer Belinda Shaw, DNP, RN, NE-BC, CEN, trust is crucial to building and maintaining a culture of safety and learning at Porter Adventist Hospital, a Magnet-recognized facility in Denver. And she is a strong proponent of the just culture model, which her facility has embraced and implemented.

In a just culture, leadership and staff share accountability for safe patient care, and a systematic approach is used to examine root causes and take corrective approaches to errors and other adverse events.

Haxton and Cassity also reinforced the importance of having a just culture (which BUMC refers to as a Fair and Consistent Culture) if facilities want to increase the reporting of near misses, errors, and other adverse events by nurses and other staff.

“We don’t want to be punitive,” Cassity said. “Psychological safety of those reporting is critical.”

Haxton added that most issues around near misses and adverse events have to do with processes—not an individual’s disregard for safety. So BUMC has a program called Team Up for Patient Safety, which encourages staff to speak up about problematic processes and work together with leadership to solve them.

And when someone is involved in an error or adverse event, a number of programs are available to support them, including the deployment of a “Swaddle Team,” which addresses affected staff’s psychological needs through initial critical debriefing and ongoing support, Haxton noted.

“We really need to learn from mistakes and good catches, and not have the stigma of making an error,” McGaffigan said. “Fear of speaking up often can lead to moral distress, and harm not only patients, but also our workforce.” She noted that voluntary, anonymous reporting systems may minimize some fears, and emphasized that fear of reporting also is a sizable issue for physicians and other professionals. 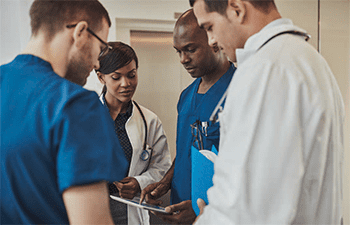 Every morning nurses and other staff from every department at Porter Adventist are invited to a safety huddle, Shaw said, where staff share and review any adverse events, near misses, or close calls.

“We ask anyone who is available to come, including staff from the lab, environmental services, unit nurse managers, and information management,” said Sheri Deakins, MS, RN, CPPS, who served as Porter Adventist’s patient safety manager. Anyone who was involved in a near miss or other new event is asked to share information about what occurred, so others can learn from it and determine whether it is happening within their work environments as well.

“The focus is not about judging, but understanding,” Deakins said. “We really focus on system learning and shared learning. For example, maybe an event occurred because our policy was not clear. Or maybe someone employed a work-around because they didn’t have all the resources they need.”

Porter Adventist also implements a Code Lavender holistic rapid response team to meet the emotional needs of nurses and other healthcare providers, and offers chaplain-led resiliency training among other efforts to strengthen its culture of safety. But preventable harm remains a public health crisis, according to IHI.

Last year, IHI convened a National Steering Committee on Patient Safety, which includes representatives from ANA and other professional associations, government agencies, and the public. Its goal is to create, disseminate, and implement a national action plan to address patient safety in a comprehensive, collaborative way. The plan will focus on four key areas, including building cultures of safety, and implementing learning systems. (See this month’s ANA President’s column.)

Said McGaffigan, “We need to normalize reporting, and ensure that we have safe cultures, where we stop blaming colleagues and focus on taking a total systems approach to safety.”