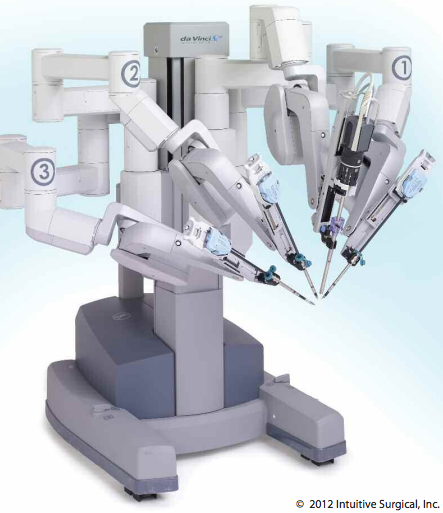 Todd, age 56, tells the physician he has been feeling short of breath with activity. He exercises about three times a week, but over the last few months has begun to tire faster than usual and has been having a hard time catching his breath. He reports he sometimes coughs up a lot of sputum and hears a crackling sound when he takes deep breaths. He also complains that his heart feels like it’s skipping beats on occasion.

After a few tests, the physician tells him he has occasional extra heartbeats and recommends he see a cardiologist. The cardiologist diagnoses significant mitral valve stenosis and premature ventricular contractions. She recommends Todd have his mitral valve replaced.

Until recently, Todd and other patients who needed to have a heart valve repaired or replaced were limited to open-heart surgery. But with the latest cardiac diagnostic and surgical advances, many of them now have additional options. Globally, cardiovascular disease (CVD) claims the highest mortality of any disease. Although death rates have fallen in recent years, based on 2008 data, more than 2,200 Americans die of CVD each day. Coronary heart disease (CHD) accounted for about one in six CVD deaths. An estimated 800,000 Americans will have a new coronary event each year; nearly half a million will have a recurrent event.

Approved by the Food and Drug Administration (FDA) in 2008, 3-dimensional matrix array transesophageal echocardiography (3D-MTEE) resembles standard transesophageal echocardiography (TEE), but uses a multiplane probe with a rotational approach. It provides especially excellent mitral valve views and may be particularly valuable for surgeons preparing for mitral valve surgery. It helps identify the type and extent of heart-valve problems and helps guide the choice of approach to valve repair or replacement. The procedure takes slightly longer than TEE, but experts believe its ability to display simultaneous biplane imaging eventually will shorten procedure length. Although cardiac catheterization remains the gold standard for evaluating valve disease, future refinements in 3D-MTEE may reduce the invasiveness of cardiac catheterization to evaluate the valves. (See 3D-MTEE: A better view of the heart by clicking the PDF icon above.)

Approximately 99,000 surgeries are done each year in the United States to correct heart-valve problems. Many coronary artery disease (CAD) patients who require valve surgery undergo traditional procedures using open-heart surgery, with the need for simultaneous coronary artery bypass grafting (CABG). But two recent valve-surgery innovations—transapical and percutaneous repair or replacement—use a much simpler approach than conventional methods and slightly decrease patients’ hospital stays. Currently, they’re options for patients with multiple surgical risk factors, such as significant general anesthesia risk factors, multiple comorbidities, and extreme age. As these techniques are further refined and perfected, they could find uses in other populations. According to a 2010 article in the Journal of the American College of Cardiology, minimally invasive valve-replacement surgery is a safe, efficient treatment option with greater patient satisfaction and fewer complications than open-heart surgery. (For more on transapical and percutaneous valve surgery, see “Transcatheter aortic valve replacement: New hope for patients with aortic stenosis” in the May 2012 issue.)

To treat valvular stenosis, a simple valvuloplasty may be done. For valve replacement, the new valve is crimped onto a catheter and inserted through the incisions. It may be deployed in the annulus of the old calcified leaflets; in some cases, it’s done to dilate the annulus so it accommodates the new valve. The catheter is withdrawn and the apex is closed using a purse-string suture. The patient recovers in the cardiac surgery intensive care unit (ICU), with caregivers following normal procedures for post-cardiac surgery care.

Complications related to trans­apical valve surgery result mainly from improper patient selection, incorrect valve placement, and comorbidities. Because most patients currently considered for this surgery aren’t eligible for open-heart surgery, the death rate has been higher than expected. But surgeons who perform the procedure believe it’s improving and soon will be a reasonable option for additional patients.

This procedure may be done in the catheterization lab or OR under moderate conscious sedation and fluoroscopic guidance. The valve is repaired or replaced using a standard femoral artery approach. As with the transapical approach, valvuloplasty can be done alone or in conjunction with new valve placement. With either approach, the valve-deployment technique is the same. Postoperative recovery resembles recovery from a primary coronary intervention using the percutaneous approach.

Possible complications include stroke, arrhythmias, and bleeding from the femoral access site. Tamponade and hemodynamic failure may follow aortic valve repair or replacement, and initial recovery may warrant ICU monitoring. Along with the extremity evaluations typically done during recovery from percutaneous procedures, the nurse should perform regular neurologic assessments to assess for early signs and symptoms of stroke.

The percutaneous and apical approaches received FDA approval in 2011 for general use. In 9 years of research into percutaneous aortic valve implantation, 30-day death rates have dropped from 20% to 7%, and required catheter size has decreased by 6 French sizes. However, these procedures have been used on patients ineligible for open-heart surgery. Research now focuses on improving success rates, lowering death rates, and reducing complications. As the procedures and devices improve, researchers are confident these goals will be achieved.

During 2008, nearly 17 million cases of CHD, close to 8 million myo­cardial infarctions, and roughly 9 million episodes of angina pectoris occurred. Even with CAD treatment advances, interventions haven’t kept up with the overwhelming disease burden.

Current concerns about coronary stents include restenosis rates and clot formation. Looking to reduce these complications, researchers are focusing on stent composition, design, geometry, configuration, and surface refinement. New stents currently being tested include absorbable stents, stents that inhibit proliferation of a gene known to induce restenosis, and regenerative stents that reduce the thrombosis risk. Some research focuses on developing stent coatings that act as an inert barrier between the stent surface, circulating blood, and endothelial surface of the vessel wall. These coatings include carbon, silicon carbide, phosphorylcholine, and endothelial progenitor cells with an antibody coating.

Off-pump bypass surgery (OPCAB) was one of the first deviations from traditional CABG surgery. CABG and cardiopulmonary bypass (CPB) used during CABG are linked to serious complications, including inability to wean the patient from CPB, arrhythmias, and pulmonary problems. OPCAB without use of CPB avoids these complications. Instead of using cardioplegia (intentional cessation of heart activity),
a suction device is attached to the apex of the heart, stabilizing it while it keeps beating. The suction device also can be used to rotate the heart, giving access to multiple coronary arteries.

OPCAB advancements have served as precursors to minimally invasive procedures, such as robot-assisted coronary artery bypass (RACAB). One of the more advanced procedures developed from OPCAB, RACAB uses a computerized robotics team. Through one port, a small voice-operated camera is inserted and stabilized with one robotic arm. Two additional robotic arms are placed into two different ports and used for surgical equipment.

Advantages of this approach include minimal incisions, CPB avoidance, and ability to perform precise movements beyond human capability. Concerns include the time and training required to learn how to use the robot-assisted device. Fewer procedures have been done using RACAB than anticipated initially. But as technology advances, techniques improve, and surgeons become more adept at it, more RACABs will likely be performed.

A dual-lumen endotracheal tube with one-lung ventilation is used. An anterior mediastinotomy is done, and a thoracic port is used
in conjunction with endovascular catheters. Along with a modified CPB system, these catheters allow cardiopulmonary support during the procedure. Surgery takes place through small incisions in the chest wall. TECAB can be done with robot-assisted devices.

Todd undergoes 3D-MTEE to determine definitively whether he needs mitral valve repair or full valve replacement. Results show he needs valve replacement. Todd opts to have the valve replaced with the percutaneous procedure. After surgery, he recovers well. During a
follow-up visit to the cardiologist, he reports he is able to exercise regularly without shortness of breath or fatigue.

In the not-so distant future, as the technology, video capabilities, and procedural refinements for cardiac diagnosis and surgery continue to progress, even more advanced procedures may become available for Todd and many others like him.