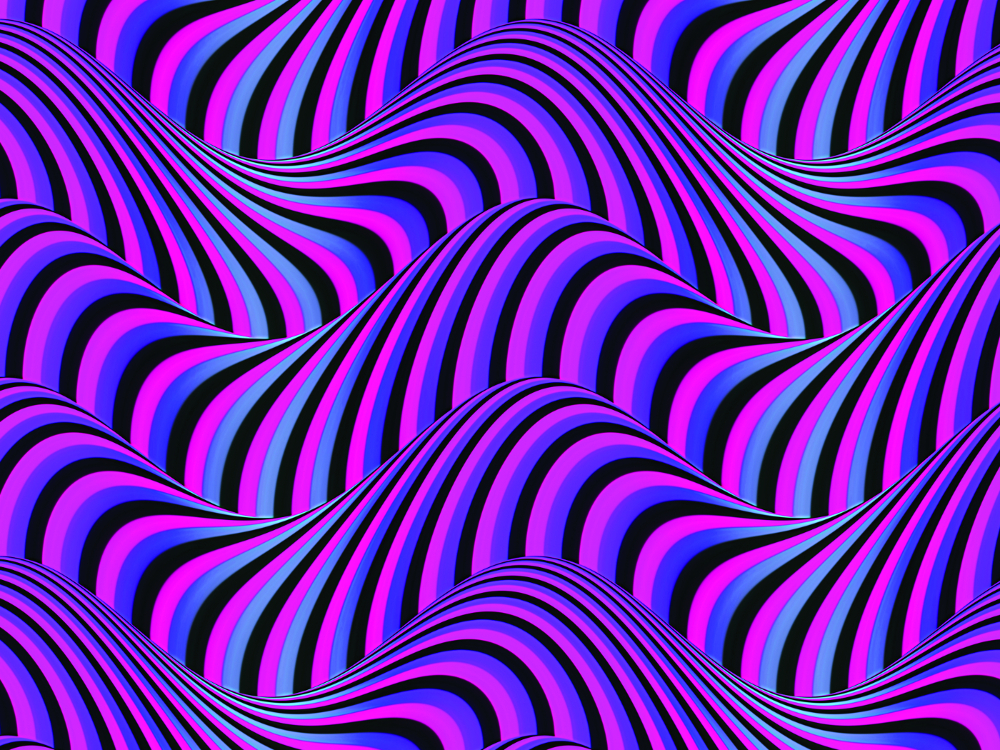 Maxine Fischer, age 72, arrives with her daughter Jillian for a preoperative visit before total hip-replacement surgery. Until about 6 months ago, she’d been active, playing golf and walking almost daily. But then her hip, which had bothered her for several years, began hurting so much that it limited her activity and occasionally “gave out,” resulting in several falls.

Otherwise, she’s in good health, although Jillian recently noticed her mother having difficulty with her short-term memory. She says her mother compensates for this by keeping an appointment calendar next to her phone and using “sticky” notes to help her remember messages and daily tasks. When obtaining Mrs. Fischer’s history, you learn she has a history of depression, for which she takes citalopram (Celexa), as well as hypertension, for which she takes metoprolol (Lopressor).

Jillian then asks you to explain the risks and benefits of hip-replacement surgery—especially whether anesthesia poses additional risks to her mother because of her advanced age. She’s right to be concerned: Mrs. Fischer is at high risk for postoperative delirium because of her underlying cognitive deficits, depression, and age—and because hip-replacement surgery is linked to higher rates of postoperative delirium.

An overlooked but serious risk

While delirium can manifest in multiple ways, it always has an acute onset and affects attention, cognition, and level of consciousness. It’s a serious and common complication of hospitalization, posing the greatest risk for older adults and persons with dementia. Yet delirium goes unrecognized in the emergency department 76% of the time and in the intensive care unit (ICU) 66% to 84% of the time. Delirium is sometimes confused with dementia. (See Distinguishing delirium from dementia by clicking on the PDF icon above.)

Among hospitalized older adults, delirium is alarmingly common, with 30% to 40% experiencing an episode. The risk is even higher for patients who undergo surgery or are admitted to the ICU. Patients with sepsis and those who are ventilator-dependent are at greatest risk for delirium. Those with preexisting dementia have nearly a 90% chance of developing delirium when hospitalized.

Delirium can occur during or after an acute hospitalization. At least 25% of patients who experience an episode in the hospital die within 6 months. Delirious patients are more likely to be admitted to the ICU and require more ventilator days than others. What’s more, they have significantly longer hospital stays and are more apt to require long-term care after discharge. Vascular surgery and hip surgery put patients at exceptionally high risk for delirium.

While not completely understood, the pathophysiology of delirium is known to involve changes in brain neurotransmitters and inflammatory mechanisms. Anesthesia used during surgery can reduce cardiac output and decrease blood flow to the brain. Certain cerebral structures are highly susceptible to hypoxic damage. Hypoxia triggers an inflammatory response that causes cyto­kines to stimulate the release of neurotoxins, which in turn can trigger delirium. The adrenal cortex releases glucocorticoids in response to surgically induced stress, exacerbating delirium.

Hypoxia affects neurotransmitter release as well, causing excessive release of the excitatory neurotransmitter glutamate. This increases the oxygen requirements of neighboring neurons and contributes to disorganized thought. Dopamine levels also rise with hy­poxic damage, contributing to the problems created by high glutamate levels. (Preoperative haloperidol administration can decrease the severity and duration of postoperative delirium by blocking the damage induced by dopamine and glutamate.)

After surgery, acetylcholine production by cerebral neurons decreases from lack of oxygen and inflammatory damage to the brain. This deficiency contributes to delirium.

Advanced age and preexisting dementia are the greatest, but not only, risk factors for delirium. Others include alcohol and tobacco abuse, depression, functional limitations, pain, renal disease, vision and hearing defi­cits, hypoalbuminemia, and polypharmacy.

To help prevent postoperative delirium, conduct simple assessments before hospital admission. As necessary, alert hospitalists and anesthesiologists to a patient’s preexisting difficulty with executive functioning or depression. The Geriatric Depression Scale (GDS) and the Mini-Cog screening test and the Trail Making Test, Part B are used to predict development of postoperative delirium in older adults. The GDS and Mini-Cog are available at http://consultgerirn.org/resources.

In the Trail Making Test, Part B, patients receive a piece of paper with circles containing the numbers 1 to 13 and the letters A to L. They’re asked to connect the numbers with the corresponding letters, so that number 1 is connected with the letter A, 2 with B, and so on. Scoring is based on the time the patient takes to complete the task.

Another valid, reliable tool, the Confusion Assessment Method (CAM), also is used to identify delirium. Available at www.consultgerirn.org, CAM is based on diagnostic criteria from the Diagnostic and Statistical Manual of Mental Disorders, 4th edition (DSM-IV). A diagnosis of delirium requires all three of the following results on CAM:

With postoperative patients, this assessment should be done at least every shift.

To help prevent delirium, try to minimize modifiable risk factors and precipitating factors. Take steps to ensure patients get adequate high-quality sleep and to minimize environmental noise. Avoid using physical restraints, which may contribute to persistent delirium. Be sure patients who wear eyeglasses or hearing aids have these available and are using them as appropriate.

Ambulate patients as early as possible after surgery. Communicate with and reorient the patient frequently, and urge family members to do the same.
To maximize cerebral perfusion, maintain systolic blood pressure above 90 mm Hg and oxygen saturation above 90%. Ensure adequate nutrition and hydration. Control pain through judicious use of appropriate pain medications. (See Ways to prevent or minimize delirium by clicking on the PDF icon above.)

No known medications are useful for prophylaxis of delirium. However, some evidence suggests that using dexmedetomidine instead of lorazepam can reduce the risk of delirium in high-risk ICU patients.

Once delirium is recognized, take steps to reverse it or limit its course. First, try to determine the cause. Consult prescribers about discontinuing medications that may contribute to delirium, such as benzodiazepines and anticholinergics. As appropriate, they may consider prescribing halo­peridol or an atypical antipsychotic to manage signs and symptoms and decrease the damaging effects of excitatory neurotransmitters. If the patient is on a ventilator, spontaneous awakening and spontaneous breathing trials may help reduce the severity and duration of delirium. To keep the patient safe, remove hazardous objects from the room, assess the patient’s fall risk, and determine if the patient is at risk for wandering or suicide.

Before discharge, evaluate the patient for delirium. Discuss with the primary-care provider the need to check for functional or cognitive changes from baseline at the first post­hospital visit. Patients with delirium are at high risk for readmission—but healthcare workers can help prevent this through careful monitoring and planning.

During her preoperative visit, you suspect Mrs. Fischer has significant risk factors for delirium, and administer the GDS, Mini-Cog, and Trail-Making Test, Part B. Her score of 1 on the GDS indicates her depression is well managed with current medications. On the Mini-Cog test, she struggles with three-item recall and positions clock numbers incorrectly on the clock drawing test. She is almost completely unable to perform the Trail-Making Test. Based on these results, you strongly suspect she has dementia and alert the hospitalist, orthopedist, nurse case manager, primary-care physician, and anesthesiologist.

The orthopedist arranges for another preoperative visit to discuss the risks and benefits of surgery. Together with the physician, Mrs. Fischer and her daughter decide to proceed with the surgery to prevent future falls, and are eager to learn how to minimize her risks for development and persistence of delirium. You emphasize to Jillian the importance of helping her mother stay oriented after surgery by reminding her where she is, what day and date it is, and what has happened during her hospital stay.

The primary-care physician tapers Mrs. Fischer’s metoprolol dosage and then switches this medication to a thiazide diuretic (such as hydrochlorothiazide) to manage the patient’s hypertension. The hospitalist factors her history of dementia into the medication regimen for sedation and decides to avoid benzodiazepines, which may contribute to development of delirium. After reviewing standing orders, the hospitalist removes histamine2 blockers and anticholinergics from the orders. She’s aware of the need to closely monitor the patient’s electrolyte levels and hydration status, especially given the recent change in blood pressure medication. She writes an order for nursing staff to administer the CAM every shift and report changes. Nurses work closely with physical therapists and the orthopedist to ensure Mrs. Fischer ambulates as soon as possible after surgery.
For Mrs. Fischer, your own efforts and those of the interdisciplinary team pay off, helping to avert delirium and prevent its long-term effects. At discharge, she and her daughter express their gratitude.

An associate professor in the College of Nursing at the University of Colorado at Denver, Joan M. Nelson also has a nurse practitioner practice in which she works with homebound frail, older adults.

The Future of Nursing — and Health Equity — is Innovation

A primary care network innovates during a global pandemic. Takeaways: Within a large regional network of primary care offices, an interdisciplinary team of nurses and...
Read more