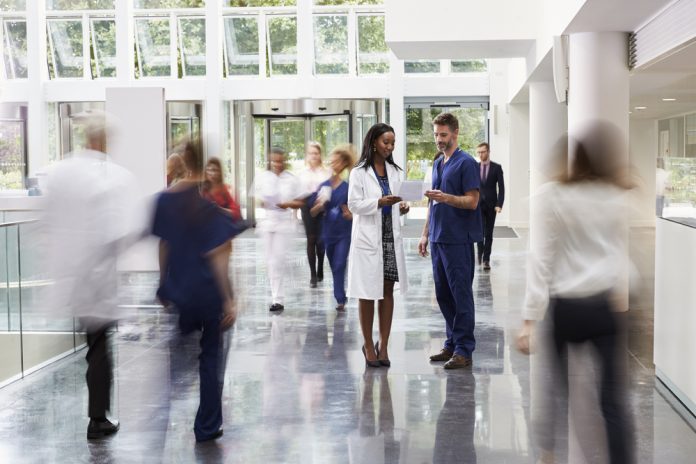 Michael*, a 12-year-old boy, is admitted to a pediatric unit for a fulminating sinus infection. His history includes treatment for six sinus infections over the past year. A computed tomography scan of the sinuses reveals complete obstruction with pyrogenic infiltration of the maxillary, frontal, and ethmoid sinuses bilaterally.

Michael was taken to surgery for endoscopic sinus surgery. During surgery, his temperature rises to 39° C (102° F). Cooling blankets are applied and I.V. acetaminophen is administered.

About 14 hours after surgery, Michael’s mother calls you to his son’s room and says that he woke up to go to the bathroom (and reported that his urine was brown) but now she can’t wake him. Your assessment reveals BP 90/48 mmHg, HR 128 bpm, RR 40 breaths per minute, and temperature 40.6° C (105° F). Michael is moaning and shaking, and his jaw muscles are clenched. Recognizing a potential response to the infection, you call the rapid response team (RRT).

Michael’s recovery goes smoothly, and he’s discharged home after receiving fluid resuscitation. His mother, who is nurse, is concerned about malignant hyperthermia (MH) as a possible cause of his symptoms and requests he be tested for an inherited genetic mutation of the ryanodine receptor 1 gene, which is associated with MH. He is found to not be a carrier of the gene mutation.

Rhabdomyolysis is a complex medical condition caused by direct trauma, physical exertion, illness, infection, sepsis, congenital or metabolic abnormalities, prolonged seizures, or drugs. Rapid destruction of skeletal muscle with direct release of intracellular muscle products leads to acute kidney injury (AKI). Rhabdomyolysis is characterized by limb weakness, myalgia, swelling, and red or brown urine. Michael had a known severe fulminating infection prior to surgical intervention and was dehydrated. The surgery lasted an extended period of time due to the complexity. All factors contributed to his complication.

If MH is suspect, intervention, including the administration of dantrolene, should occur in the operating room. More information about MH management can be found on the Malignant Hyperthermia Association web site.

Michael and his family should receive education about avoiding fluid imbalances that may occur with activity (for example, Michael should fluid load with electrolyte solutions prior to exercise and avoid wearing rubber sweat suits during exercise). He also should avoid non­steroidal anti-inflammatory drugs and take precautions against infection, including handwashing. All patients who develop rhabdo­­myo­lysis secondary to malignant hyperthermia and metabolic abnormalities should undergo genetic testing and muscle biopsy for definitive diagnosis. Those diagnosed with malignant hyperthermia should not be given the muscle relaxant succinylcholine or halogenated volatile anesthetic agents (for example, sevoflurane) during anesthesia.