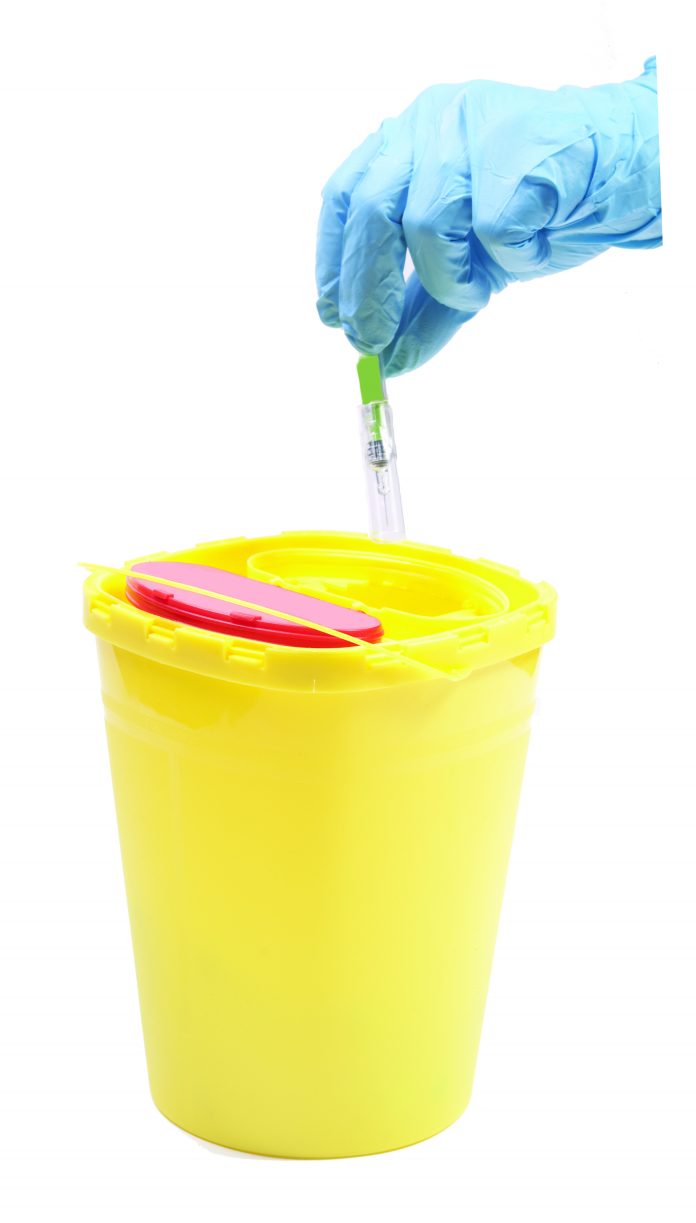 A look at safety 20 years after legislation passes.

The year 2020 gives nurses the opportunity to reflect on past successes and opportunities so that we can best plan where to focus efforts ahead. A key milestone is the 20th anniversary of the Needlestick Safety and Prevention Act. The act was passed unanimously by Congress, illustrating that tackling risks associated with needlesticks and sharps injuries among healthcare personnel is one that unites our nation.

The measure required the Occupational Safety and Health Administration (OSHA) to add provisions to its 1991 bloodborne patho­gens standard to increase protective factors preventing occupational exposure to bloodborne disease. They included requirements reflecting advancements in safer medical technologies and the importance of evaluating and adopting them to make healthcare workplaces safer for everyone.

According to recent HealthyNurse® Survey results, the ANA Enterprise’s ongoing health survey, 34.7% of respondents feel they’re at a significant level of risk for needlesticks and sharps injuries, and 13% have sustained one or more injuries in the last 5 years. What does other current data show?

Devices and injury. In 2000, the most prevalent device causing injury was disposable hypodermic syringes (29%), and suture injuries were the next most frequent (15%). In 2018, syringes continued to cause the most injuries; however, the percentage declined to 24.1%. Of syringes used for skin injection, most injuries were from insulin syringes (24.2%). In 2018, suture injuries increased dramatically to 24.8%, especially among physicians.

Devices with sharps injury prevention features. In 2000, when asked whether health­care personnel were using devices with sharps injury prevention (SIP) features, 13% of respondents said they were. In 2018, 34% said they were using a SIP device. When asked if SIP features were activated, in 2000 only 5% of employees said yes; in 2018, 31.7% said the features were fully or partially activated. This illustrates not only a success in greater adoption of SIP devices over the decades, but it also clearly shows room for improvement.

As we look to the future, use your organization’s incident and exposure data to identify where injuries are occurring so that targeted interventions can be put in place to prevent future injuries. Whether you use the sharps injury log as part of OSHA’s bloodborne path­o­gens standard or a more robust surveillance system like EPINet, you’ll soon see where improvements are needed.

Remember, when using a needle or sharp, always:

Amber Hogan Mitchell is the International Safety Center’s president and executive director. The center distributes the EPINet® to hospitals to measure occupational exposures to sharps injuries and other blood and bodily fluid exposures. Mitchell began her career as the first OSHA National Bloodborne Pathogens Coordinator.