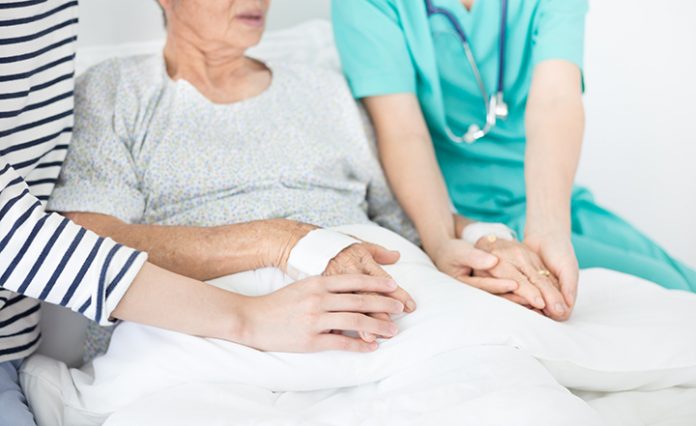 The bond between caregivers and the dying

Spiritual care in nursing is an important part of overall healthcare, but in the second half of the 20th century, spirituality seemed a victim of the changed attitude toward faith and religion in general. But COVID-19 (with its appalling rate and manner of death) has brought with it a renewed interest in spirituality.   In healthcare, according to Canfield and colleagues, spirituality is considered the “part of [a] person that gives meaning and purpose to…life. Belief in a higher power that may inspire hope, seek resolution, and transcend physical and conscious constraints.” During the pandemic, the public has learned that although medical treatment is important, the presence of loved ones is a vital aspect of caring for dying patients, including ensuring that their spiritual needs are met.

In the World Health Organization’s definition of palliative care, spirituality is recognized as a relevant dimension of care. A 2009 International Consensus Conference defined spirituality as “the aspect of humanity that refers to the way individuals seek and express meaning and purpose and the way they experience their connectedness to the moment, to self, to others, to nature, and to the significant or sacred.” The European Association for Palliative Care (EAPC) has adapted this definition by stressing the dynamic character of spirituality, the role of the community, and the importance of experiences and transcendence. Spirituality, then, is no longer confined to faith and religion. EAPC notes that spirituality’s multidimensional character is reflected by attention to existential challenges, value-based considerations and attitudes (what’s important to a person), and religious considerations and foundations.

The pandemic has made it evident that spiritual care isn’t the exclusive domain of the chaplaincy. Surely more patients have died in the presence of nurses than anyone else, making it crucial to help caregivers identify spiritual themes and needs. In fact, diagnostic models, such as the one proposed by Cobb and colleagues, have been developed to give insight into the spiritual dimension of healthcare in clinical practice and to help caregivers respond to patients’ spiritual needs and desires. Nevertheless, the possibility that spirituality might also involve an unconscious process of connectedness is hardly considered.

Helping people deal with existential and spiritual issues today, when there isn’t time or opportunity to listen to their stories, is traumatic though rarely acknowledged by caregivers. This lack of acknowledgement makes it difficult, if not impossible, for you to reflect on and deal with that ineffable bond that forms when you accompany a person in death. Talking about and researching this bond may help nurse-survivors of the pandemic.

Puchalski C, Ferrell B, Virani R, et al. Improving the quality of spiritual care as a dimension of palliative care: The report of the Consensus Conference. J Palliat Med. 2009;