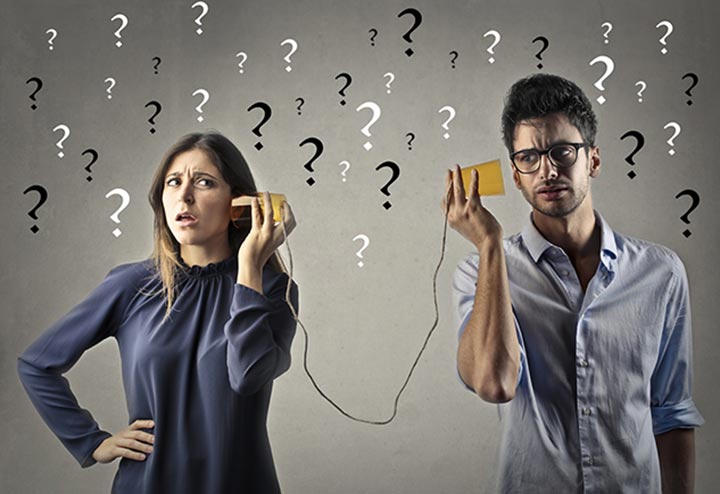 In the infamous and deadly Bermuda Triangle, things seem to disappear, never to be seen again. In the communication triangle, the opposite is true: Emotions and unintended messages expand and grow to epic proportions.

“I’m so sick of picking up after Irene. She always leaves her patient rooms a mess! Could you please say something to her?”

“I saw Rachel go into a patient’s room without washing her hands. Will you say something to her?”

“Rick wasn’t helpful during the code. Can you please say something to him?”

Do these statements sound familiar? If you manage other people, most likely they do. They’re examples of what happens when two people—we’ll call them the Complainer and Wrongdoer—don’t communicate directly about a problem between them. Instead, the Complainer creates a triangle by complaining about the Wrongdoer to the Manager, expecting him or her to deal with the problem. (See Visualizing the communication triangle by clicking the PDF icon above.)

The communication triangle leads to myriad problems, such as decreased trust and engagement and increased stress and anxiety. As a leader, your job is to squash it.

What causes a communication triangle?

Here are a few factors that can contribute to a communication triangle.

I joke that I speak to tens of thousands of people every year, but no drama lovers come to my sessions! Of course, that’s not really true; people just don’t want to admit they’re part of that group.

What leaders can do

If you suddenly decide to put the hammer down on the communication triangle, people are likely to wonder what’s going on. Instead, steer your staff toward a gradual change.

In The Nurse Manager’s Guide to Hiring, Firing & Inspiring, I share the Performance Platform™ as a tool for communicating expectations. The three “legs” holding up the platform are what, why, and how. In a team meeting, share the what, why, and how of your preferred communication method. Assure team members they won’t “get in trouble” for communicating directly if their motive is positive and productive. Emphasize this isn’t an opportunity for everyone to air years of grievances and complaints. Instead, it’s a chance to move forward in a more productive manner.

Talk about beliefs and mindsets

Learning to communicate directly starts with recognizing the beliefs and mindsets that drive the way we talk to each other. Some folks on your team may have learned over a lifetime it’s not nice to criticize or call out someone’s mistakes. So encourage staff to examine their own internal beliefs around being more direct. A great place to start is to focus on what’s in it for them.

To help team members communicate more directly, share the DATA Driven Discussion Model™, which provides a framework for direct feedback. DATA is an acronym for the four simple steps in communicating directly:

A: Ask questions and listen.

A: Agree on next steps.

The goal is to decrease emotions and focus on facts so people don’t take feedback personally or get defensive. After describing the situation, the team member should give the other person a chance to explain, and then move on from there.

Reinforce the need to communicate directly

When a Complainer approaches you and presents a problem involving a coworker, ask “What did (insert Wrongdoer’s name) say when you talked to him/her?” If you repeat this question every time a Complainer relates a problem, that person will get the message about direct communication.

Sometimes, a Complainer might have a valid concern. Let’s say, for instance, Complainer Susan has spoken directly to Wrongdoer Steven, to no avail. As a leader, you’re charged with removing obstacles and intervening when other efforts fail. So in this case, you’ll need to get involved.

That’s it. Use these four steps to squash the communication triangle—and then use the extra time this frees up to watch your favorite soap opera or reality show for the drama you’ll be missing!

Vicki Hess is a consultant and speaker who works with healthcare organizations to create sustainable cultures of engagement. She is the author of several books, including 6 Shortcuts to Employee Engagement: Lead & Succeed in a Do-More-with-Less World. Her website is www.vickihess.com and her email is vicki@vickihess.com.

Understand your options Takeaways: Nurses are at risk for litigation or state board of nursing action against them. To protect themselves, nurse should learn about...
Read more