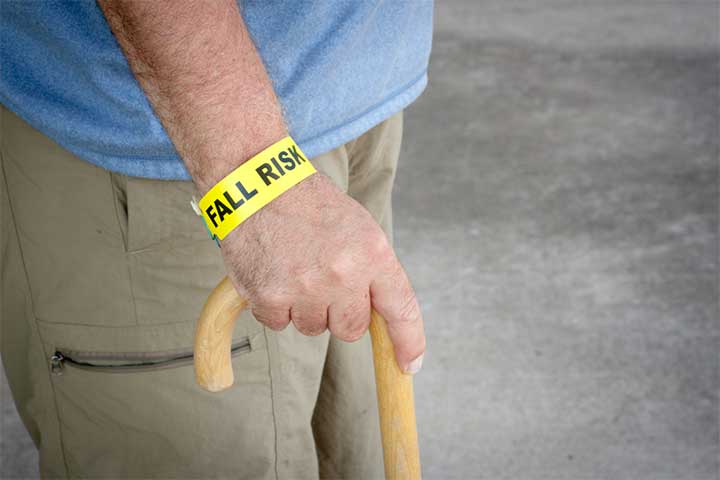 American Nurse Today Editor-in-Chief Pamela Cipriano, PhD, RN, FAAN, will receive the Distinguished Member Award from the American Nurses Association (ANA) in June, in recognition for her outstanding leadership, participation in, and contributions to ANA purposes.

Dr. Cipriano has provided more than 30 years of continuous service at both the state and national level to ANA and the American Academy of Nursing. As chief clinical officer and chief nursing officer at University of Virginia (UVA) Health Systems, she oversees more than 3,000 employees. The author of multiple articles for nursing textbooks and journals, she also serves as a clinical associate professor at the UVA School of Nursing. Dr. Cipriano recently led the UVA Health System to achieving Magnet Recognition, nursing’s highest honor bestowed by the American Nurses Credentialing Center.

The American Academy of Neurology has released a guideline to help clinicians determine which patients are at increased risk for falling. To develop the guideline, researchers conducted a 25-year literature review to identify neurologic conditions associated with an increased risk. They found that patients with dementia, stroke, or gait and balance disorders are at greatest risk; those with Parkinson’s disease, peripheral neuropathy, lower extremity weakness or sensory loss, and substantial loss of vision also have a high risk. Because a history of falls is one of the best predictors of future falls, clinicians should ask patients about falls during the past year. Also, they should consider using mobility testing and screening measures that assess a patient’s ability to stand from a sitting position. www.neurology.org/cgi/content/abstract/70/6/473

A new study finds that in patients with severe acute pancreatitis, use of probiotics (dietary supplements containing potentially beneficial yeast or bacteria) to decrease infectious complications raises mortality. In the study, probiotic prophylaxis with a combination of probiotic strains (Lactobacillus, Lactococcus, and Bifidobacterium species) led to a twofold increase in the death rate compared to a placebo group. www.thelancet.com/journals/lancet/article/PIIS014067360860207X/abstract?iseop=true

Discovery paves the way for a preeclampsia blood test

A blood test for preeclampsia may be just around the corner. British researchers have discovered that plasma from preeclamptic women has higher levels of amino acids. Currently, preeclampsia diagnosis hinges on blood pressure measurements and urine protein tests in women beyond 20 weeks’ gestation. The researchers hope testing the blood for chemical changes could identify at-risk women much earlier and lead to better management of the condition. (For more information on preeclampsia, see the February issue of American Nurse Today.) http://news.bbc.co.uk/2/hi/health/7241001.stm

Does aggressive diabetes treatment increase the risk of death?

Two recent studies of intensive treatment of patients with type 2 diabetes show conflicting results. A U.S. trial known as ACCORD found a slightly higher mortality risk in patients whose blood glucose level had decreased to near normal through aggressive blood-glucose measures. However, interim results from ADVANCE, a much larger international trial, found no evidence that such treatment raises the death risk. The American Diabetes Association points out that the studies weren’t identical, although it was unclear whether that could explain the discrepancy. http://archive.knoxnews.com/entertainment/life/aggressive-diabetes-treatment-may-increase-death-risk-ep-412112748-359998411.html