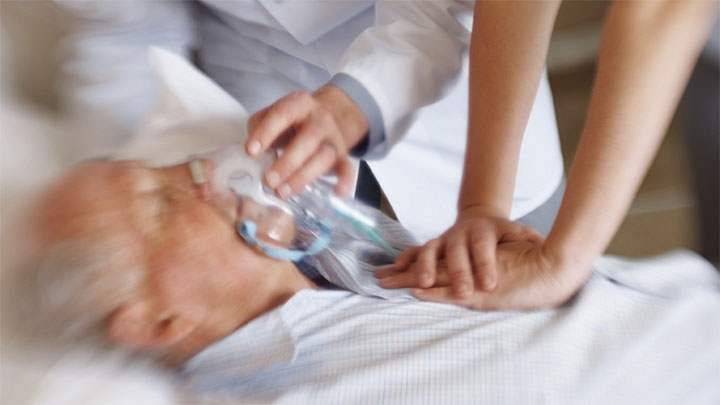 Low-carb diets don’t affect cardiac risk
Although diets low in carbohydrates and high in fats and proteins have been popular for the last few years, some experts have warned they might increase the risk of coronary heart disease (CHD). But a recent study suggests this concern is unwarranted. A retrospective 20-year analysis of 82,802 women in the Nurses’ Health Study revealed that limiting the proportion of dietary carbohydrate relative to fat and protein didn’t affect the rates of fatal and nonfatal coronary events. It also found that a higher total carbohydrate intake was linked to a borderline-significant increased CHD risk. On the other hand, diets with a high proportion of fats from vegetable (rather than animal) sources may lower the CHD risk.
http://content.nejm.org/cgi/content/short/355/19/1991

About half of Americans want to be present during CPR of a loved one
A large segment of the American population would wish to be present in the room when cardiopulmonary resuscitation (CPR) is performed on a loved one, and would want loved ones to be present during CPR on themselves. These results come from a random telephone survey in rural southwest Pennsylvania in which respondents rated their level of agreement with questions about witnessed CPR. About 43% said the physician should have the most authority in making decisions about witnessed CPR, 40% said the patient should have the most authority, and 17% said family and friends should have the most authority. The researchers wrote that further studies should investigate public attitudes in more diverse settings and formal programs should be developed to accommodate persons wishing to stay together during CPR.
www.ccmjournal.com

Patients don’t need high-tech follow-up after breast cancer
In an update of its breast cancer follow-up guideline, the American Society of Clinical Oncology (ASCO) emphasizes conservative surveillance methods, such as periodic history-taking, physical examinations, and patient education regarding recurrence symptoms. An expert panel found that intensive surveillance (such as complete blood counts, chest X-rays, liver ultrasound, computed tomography or positron-emission tomography scans, and tumor marker evaluations) didn’t improve survival or quality of life. Follow-up care by a primary care physician rather than a specialist yielded the same health outcomes with equal or better patient satisfaction. ASCO recommends that the primary care physician and specialist coordinate the patient’s care; for women with early-stage breast cancer, care can be transferred to the primary care physician 1 year after diagnosis, provided both the patient and physician are knowledgeable about appropriate surveillance.
www.jco.org/cgi/content/full/24/31/5091?linkType=FULL&journalCode=jco&resid=24/31/5091

Fetal oximetry yields no apparent benefit
Fetal oximetry doesn’t help predict the need for cesarean delivery or alert clinicians to fetal problems, according to a recent study. Researchers randomized 5,341 women in labor; in one group, fetal oximetry values were displayed to the clinician; in the other group, the values were masked. Rates of cesarean delivery (roughly 27%) and maternal and neonatal complications were approximately the same in both groups. Similar findings occurred in a subgroup of women in whom nonreassuring fetal heart rates were detected before randomization.
http://content.nejm.org/cgi/content/short/355/21/2195

Large companies to create web-based data warehouse for employees’ personal health information
Five large companies, including Wal-Mart and Intel, have established an independent nonprofit organization to create a web-based system for employees’ personal health records. Called Dossia, the system will gather employee health data from such electronic sources as hospitals, pharmacies, and insurance claims. Employees can add their own information online. Individuals will be able to opt in to the system and decide which information to share—and with whom. Their health data won’t be accessible without their permission. Data will be stored securely to ensure privacy and security.
The companies hope Dossia will decrease employee health costs by preventing duplicate tests and creating applications that encourage employees to take better care of themselves. Each company is donating $1 million or more for the project.

Consumer spending on outpatient prescription drugs doubles
Between 1999 and 2003, consumers nearly doubled their spending on outpatient prescription drugs. The $178 billion spent in 2003 was boosted partly by a higher proportion of Americans buying brand-name drugs, which rose from 47.5% to just over 53%. Meanwhile, the proportion of Americans buying generic prescription drugs remained flat. These figures come from a new report by the federal Agency for Healthcare Research and Quality, which also found an increase in the average amount Americans spent each time they bought a brand-name or generic prescription drug. The average expenditure for a brand-name drug rose from $59.49 to $82.53; for a generic drug, from $23.48 to $33.53.
www.meps.ahrq.gov/mepsweb/data_files/publications/st144/stat144.pdf

Lessons learned from 1918 d In 1918, the “Spanish flu” killed most people who were infected. Thanks to the efforts of thousands of researchers across...
Read more