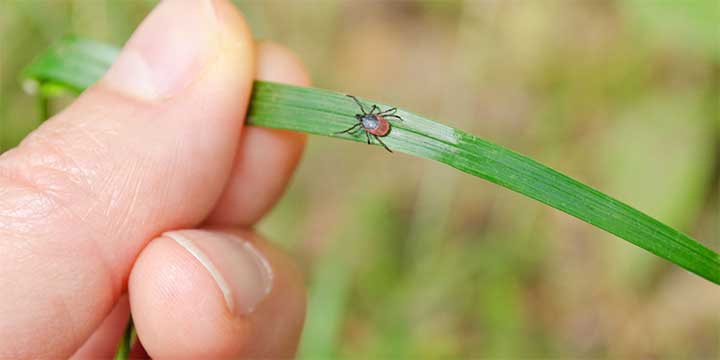 Controversy over new Lyme disease guidelines
The new guidelines released by the Infectious Diseases Society of America (ISDA) have run into some criticism. In fact, the International Lyme and Associated Diseases Society (ILADS) has called for a retraction of the guidelines. Here are some of the points of contention:

Donna Shalala is helping the American Academy of Nursing raise its voice
The American Academy of Nursing (AAN) launched its “Raise the Voice” campaign in November with past Secretary of the Department of Health & Human Services and current President of the University of Miami, Donna E. Shalala, PhD, serving as the honorary chair of the year-long program. “Raise the Voice” is described as an unprecedented effort to assertively press forward the transformation of healthcare policy and practice through nursing knowledge. Says AAN President, Linda Burnes Bolton, DrPH, RN, FAAN, “Healthcare in America is inaccessible to many, expensive for most, and fragmented for all. Making the current system of healthcare delivery better is not the answer. Transforming it is.” According to President Bolton, nurses can lead this transformation.
www.aannet.org/

New guidelines on diagnosis and management of bronchiolitis
According to new guidelines issued by the American Academy of Pediatrics, clinicians should avoid routine use of bronchodilators to treat bronchiolitis. The panel recommends that clinicians avoid the following: routine reliance on laboratory or radiologic tests for diagnosis; routine use of bronchodilators, corticosteroids, or ribavirin for management; routine use of chest physiotherapy for management; and use of antibacterials, except in children who clearly have a co-existing bacterial infection.
www.aap.org/pressroom/aappr-oct06mailing.htm

Cardiovascular risk from erythropoiesis-stimulating agents
Based on a research study published in The New England Journal of Medicine, the Food and Drug Administration (FDA) has issued a public health advisory regarding the use of epoetin alfa (Procrit, Epogen) and darbepoetin alfa (Aranesp). The study found a higher risk of death, heart attack, hospitalizations for heart failure, and stroke in patients who have chronic kidney disease and who are not on dialysis. This risk occurs when patients are given doses of an erythropoiesis-stimulating agent (ESA) that are intended to increase hemoglobin levels beyond those recommended by the product label. Based on the study, the FDA issued this advice:

• Healthcare professionals should be familiar with the recommendations in the product labeling to maintain hemoglobin levels between 10 and 12 g/dl.
• Blood hemoglobin levels should be monitored frequently.
• Patients should contact their prescriber if they feel increased shortness of breath, pain or swelling in the legs, or increases in blood pressure.
www.fda.gov/medwatch/index.html