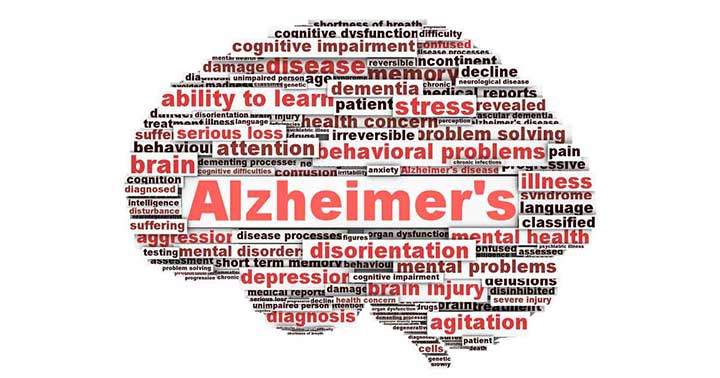 Previous hospital-room occupants may spread MRSA and VRE
The risk of acquiring methicillin-resistant Staphylococcus aureus (MRSA) or vancomycin-resistant enterococci (VRE) infections increases if the prior hospital-room occupant tested positive for the organism. Researchers retrospectively studied more than 10,000 patients admitted to eight intensive care units. At admission and then weekly, nares cultures were drawn for MRSA and rectal cultures for VRE. (Patients who had a history of MRSA or VRE or who tested positive within 48 hours of admission were excluded). Patients occupying rooms in which the most recent occupant tested positive for the organism had a significantly higher risk of acquiring MRSA or VRE than if the prior occupant was negative. The study highlights the impact of environmental MRSA or VRE contamination.
http://archinte.ama-assn.org/cgi/content/abstract/166/18/1945

New method proposed for determining initial digoxin dosage in heart failure patients
For patients with systolic heart failure, researchers have created a nomogram based only on the patient’s estimated creatinine clearance and ideal body weight or height to determine the initial digoxin dosage likely to achieve a steady-state concentration of 0.7 ng/ml. Researchers performed a regression analysis to create the nomogram after retrospectively identifying 54 patients who achieved steady-state digoxin concentrations. For most patients, the nomogram will result in lower daily digoxin dosages than those recommended by existing dosing methods. The researchers urge clinicians to monitor digoxin concentrations and adjust dosages as needed to ensure that the chronic steady-state dosage produces trough concentrations of 0.5 to 0.9 ng/ml (0.6 to 1.2 nmol/L).
http://archinte.ama-assn.org/cgi/content/abstract/166/22/2539

Late percutaneous intervention doesn’t help patients who’ve had MIs
Reopening persistently occluded coronary arteries after myocardial infarction (MI) produces no additional clinical benefit over optimal medical therapy. Researchers randomized more than 2,000 stable patients either to undergo both percutaneous intervention (PCI) and stenting with medical therapy or to receive medical therapy alone. All patients had experienced MIs and had confirmed total occlusion of the infarct-related artery 3 to 28 days later. The results showed that PCI didn’t reduce the occurrence of death, reinfarction, or heart failure. The 4-year cumulative rate of these events was 17.2% in the PCI group and 15.6% in the group that had received medical therapy alone.
http://content.nejm.org/cgi/content/abstract/355/23/2395

New chemical aids testing for Alzheimer disease
A specially designed chemical allowed clinicians to identify which of 83 volunteers had Alzheimer disease, proving 98% accurate in differentiating those with Alzheimer’s from those with mild cognitive impairment. Researchers at the University of California, Los Angeles performed positron-emission tomography (PET) testing after injecting a chemical known as FDDNP, which binds to amyloid senile plaques and tau neurofibrillary tangles in the brains of Alzheimer’s victims. Based on PET results, the clinicians picked out which volunteers had Alzheimer’s, which had mild memory problems, and which were functioning normally for their age. The test’s 98% accuracy rate in distinguishing Alzheimer disease from mild cognitive impairment was far better than the 87% success rate for PET scanning that measures the brain’s glucose metabolism and the 62% accuracy rate when magnetic resonance imaging is used to analyze brain deterioration. The FDDNP technique may prove to be a valuable noninvasive way to aid diagnosis and help researchers assess experimental treatments aimed at preventing or reducing the build-up of plaques and tangles.
http://content.nejm.org/cgi/content/short/355/25/2652

New therapy for homozygous familial hypercholesterolemia
Researchers at the University of Pennsylvania School of Medicine have shown the potential of a new therapy for patients who suffer from homozygous familial hypercholesterolemia (FH), a rare form of hypercholesterolemia that causes plasma cholesterol levels of more than 500 mg/dl. Typically, these patients respond poorly to standard drug therapy and have a high risk of premature cardiovascular disease. To reduce low-density lipoprotein (LDL) cholesterol levels in patients with homozygous FH, the researchers targeted the microsomal triglyceride transfer protein (MTP). They already knew that genetic defects in MTP lead to profoundly low levels of LDL cholesterol. In the study, patients with homozygous FH were given an MTP inhibitor at several different doses. The result: Patients had 51% reduction in LDL cholesterol. “Our study shows that targeted inhibition of the microsomal triglyceride transfer protein is highly effective in reducing cholesterol levels in these very high risk patients,” said Daniel J. Rader, MD, Director of Preventive Cardiology and the Clinical and Translational Research Center at Penn, and principal investigator of this study. He further explained, “Although our study establishes proof of concept, a longer-term study with more patients will be required to determine the benefits and risks of this approach as a potential new therapy for homozygous familial hypercholesterolemia.”
www.uphs.upenn.edu/news/News_Releases/jan07/MTP-inhibition-reduce-high-cholesterol.htm.

Protecting 5 million lives from harm
The Institute for Healthcare Improvement has launched a national campaign to reduce medical harm in U.S. hospitals. The campaign, called The 5 Million Lives Campaign, will ask hospitals to make improvements in 12 areas of care to protect patients over a 2-year period.
The new campaign builds on the success of the 100,000 Lives Campaign, during which an estimated 122,000 deaths were prevented in 18 months. Pledges to act as champions and clinical advisors for The 5 Million Lives Campaign have come from the American Nurses Association, Blue Cross and Blue Shield, the American Hospital Association, the Centers for Disease Control and Prevention, the Centers for Medicare & Medicaid Services, and The Joint Commission. The new campaign will try to challenge hospitals to adopt 12 interventions. The six new ones are: prevent methicillin-resistant Staphylococcus aureus infection, reduce harm from high-alert drugs, reduce surgical complications, prevent pressure ulcers, deliver reliable evidence-based care for heart failure, and get hospital boards of directors to get involved. The six interventions carried over from the earlier campaign are: deploy rapid response teams, deliver evidenced-based care for acute myocardial infarction, prevent adverse drug events, prevent central line infections, prevent surgical site infections, and prevent ventilator-associated pneumonia.
www.ihi.org

Certain antihypertensives reduce the risk of late-onset diabetes
For nearly 50 years, we’ve known that some antihypertensive medications increase blood glucose levels and trigger late-onset diabetes. But until recently, we didn’t know that certain antihypertensives actually seem to prevent late-onset diabetes. After analyzing data from randomized clinical trials, researchers at Rush University Medical Center found significant differences among antihypertensive drugs. The angiotensin-converting enzyme inhibitors and the newer angiotensin receptor blockers prevent people from getting diabetes, and the older diuretics and beta blockers increase the chance that a person becomes diabetic, according to a study published in the The Lancet. The authors point out that their data do not address the current controversy about whether new-onset diabetes leads to as many heart attacks, strokes, and deaths as long-standing diabetes. But data indicate the significant differences among antihypertensives regarding the risk of new-onset diabetes.
www.docguide.com/news/content.nsf/news/852571020057CCF685257268006F6E48?OpenDocument&id=BEBE94DA11978ADE8525723A0071FCD4&c=&count=10

New pediatric combination vaccine on the way
The Food and Drug Administration’s advisory committee has recommended licensure of a new combination vaccine called Pentacel. If approved, it would be the first pediatric combination vaccine in the United States to immunize against diphtheria, tetanus, pertussis, polio, and Haemophilus influenzae type b (Hib). Based on the Recommended Immunization Schedule from the Advisory Committee on Immunization Practices of the Centers for Disease Control and Prevention, a child receives as many as 23 injections by age 18 months. This new vaccine could reduce the number of injections by seven. The Pentacel vaccine is already licensed for pediatric use in nine countries, including Canada, where it has been used since 1998 to prevent diphtheria, tetanus, pertussis, polio, and Hib.
www.sanofipasteur.com/sanofi-pasteur/front/index.jsp?siteCode=AVPI_US