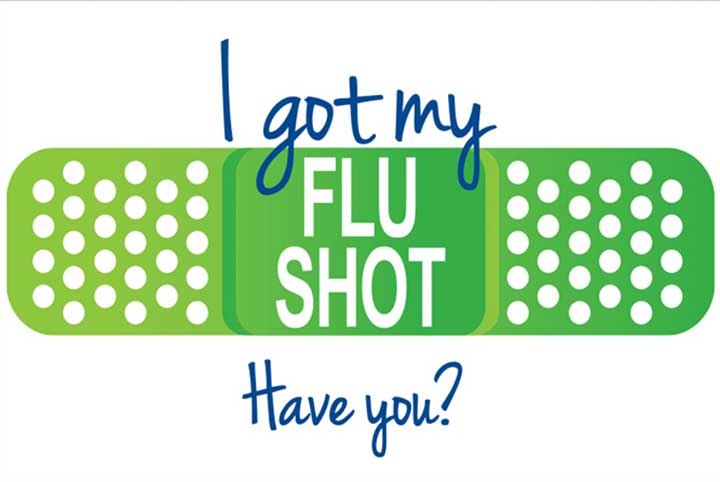 Since 2004, the CDC has recommended flu shots for children ages 6 to 23 months; now it has expanded its recommendation to include children ages 24 through 59 months. This increases the number of people covered by immunization recommendations by more than 16 million.
www.cdc.gov/mmwr/preview/mmwrhtml/rr5510a1.htm

Girls ages 11 to 12 should get new human papillomavirus vaccine, according to CDC
The CDC recommends that girls ages 11 to 12 routinely receive a vaccine to prevent human papillomavirus (HPV) infection, the leading cause of cervical cancer in women. The vaccination series can begin as early as age 9. The recommendation also includes females ages 12 to 26. Gardasil, the first cervical cancer vaccine, should be given before onset of sexual activity; however, sexually active females should still be vaccinated. Gardasil is highly effective against four HPV types, which together account for 70% of cervical cancers.
www.cdc.gov/std/hpv/STDFact-HPV-vaccine.htm

Exposure to World Trade Center dust reduced lung function in rescue workers
New York City firefighters and rescue workers exposed to dust from the World Trade Center collapse suffered a significant reduction in lung function capability equal to 12 years of age-related decline during the year after the September 11, 2001 disaster. Specifically, they experienced a substantial decrease in adjusted average forced expiratory volume. The results of a large-scale study outlining this reduction appear in the August issue of the American Journal of Respiratory and Critical Care Medicine.
http://ajrccm.atsjournals.org/cgi/content/abstract/174/3/312

Asthma inhalers may run out of medication without warning
Asthma patients who use portable pressurized metered-dose inhalers have no reliable way to track spent doses or know how many doses are left, according to a study published in the July issue of the Annals of Allergy, Asthma & Immunology. In a random survey of 500 families with asthma, researchers found that 25% of those who said they used bronchodilators have found their inhalers empty during an asthma attack at least once. After patients use the labeled number of doses, canisters may keep delivering more sprays—but these contain mostly propellant, with little active drug.
http://hermia.annallergy.org/vl=8495030/cl=12/nw=1/rpsv/cw/acaai/10811206/v97n1/s8/p34

Medication adherence differs by race in patients with type 2 diabetes
African Americans with type 2 diabetes mellitus may be less likely than whites to adhere to the prescribed medication regimen. A study published in July by the Journal of the National Medical Association compared adherence among different races of Medicaid-insured patients who were starting oral antidiabetic drugs for the first time. Adherence rates of African Americans were as much as 12% lower than those of whites.
www.nmanet.org/index.php/Publications_Sub/july_2006

Opioids are involved in more drug overdose deaths than cocaine or heroin
Between 1999 and 2002, opioids were implicated in more drug overdose deaths in the United States than cocaine and heroin. In a trends analysis published in the July issue of Pharmacoepidemiology and Drug Safety, CDC-based researchers found that the mortality rate for unintentional drug overdoses rose nearly 60% over that period, with an increase of more than 5% per year. The major rise in opioid overdose deaths since 1990 stems largely from illicit use of prescription opioids; by 2002, opioids were the most common cause of overdoses.
www3.interscience.wiley.com/cgi-bin/jhome/5669

Children’s backpacks can cause long-lasting spine problems
Overstuffed or improperly used backpacks can lead to a lifetime of neck and back problems for children and teens. A nationwide survey by the North American Spine Society (NASS) found that 42% of NASS members have treated children or teens for back pain or spinal trauma caused by overloaded or improperly used backpacks. Diagnoses included cervical, thoracic, and lumbar strain, and spondylolysis. NASS has created “The ABCs of Backpacks” to teach parents and children how to avoid backpack injuries.
http://www.spine.org/fsp/backpacking_abc.cfm

Yearly flu shots in older adults reap only modest benefits
Yearly flu shots are only modestly effective in preventing influenza and its complications among persons age 65 and older, according to a new review of 71 recent studies. The findings, published in the Cochrane Library, cast doubt on recommendations from health organizations that urge older adults to get yearly flu shots. Researchers found that although the shots prevented 45% of flulike illnesses, hospital admissions, and flu-related deaths among long-term care patients, they prevented just 25% of these outcomes in older adults living in the community. One study also found little evidence that vaccinating healthcare workers guards their elderly patients from flu complications.
www.cochrane.org/reviews/en/ab004876.html

Significant breast cancer treatment advance reported
Researchers have discovered they can destroy breast cancer tissue more effectively by combining standard chemotherapy with tipifarnib, a farnesyltransferase inhibitor that shuts down molecular pathways involved in cancer. In a multicenter clinical trial reported in the July issue of the Journal of Clinical Oncology, women with locally advanced breast cancer received tipifarnib in addition to routine chemotherapy before undergoing surgery. Analysis of their breast tissue showed no signs of cancer in one-third of the patients—a result researchers called “extremely encouraging.”
www.jco.org/cgi/content/abstract/24/19/3013

Recycled medical devices raise concerns
To cut costs, many hospitals use reprocessed single-use medical devices, such as forceps and surgical blades. Reprocessing has become a big business, reaping $87 million in 2004. However, reprocessed single-use devices may not be safe, according to some experts. The Food and Drug Administration (FDA) has received 434 complaints about these devices since early 2004; 13 of them involved patient deaths. Device manufacturers can’t guarantee that their single-use devices will work properly when reused, and complain that they’re blamed when something goes wrong. However, reprocessors claim that when properly sterilized and reconditioned, the devices are safe and meet stringent FDA standards. As of August, reprocessors have been required to put their name on the devices and packaging, to help determine who’s at fault if an untoward event occurs.

Warning added to Nimotop labeling
Bayer Pharmaceuticals has added a boxed warning to the labeling of nimodipine (Nimotop), a calcium channel blocker used to improve neurologic outcome after subarachnoid hemorrhage. Available only in liquid-filled capsules, the drug is intended for oral use only. For patients unable to swallow, some nurses were preparing doses by extracting the capsule’s contents into a parenteral syringe and administering them through a gastric tube. However, in some cases the syringe contents were accidentally given I.V., causing cardiovascular collapse and deaths. The new warning instructs healthcare professionals not to administer Nimotop I.V. or by other parenteral routes. For patients unable to swallow capsules, the drug should be dispensed from a pharmacy in an oral syringe labeled “For oral use only” and given through a nasogastric or gastric tube, followed by 30 ml of normal saline solution.
www.fda.gov/cder/drug/InfoSheets/HCP/nimodipineHCP.htm; www.nimotopusa.com/pdf/HCP_LTR_0206.pdf