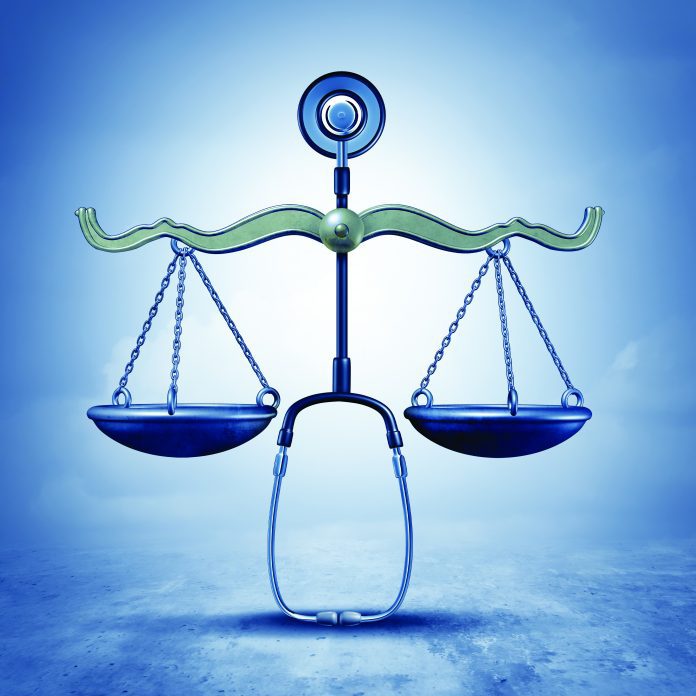 Understanding that disciplinary action can be complex helps nurses protect themselves.

“It is…highly probable that from the very beginning, apart from death, the only ironclad rule of human experience has been the law of unintended consequences.” —Ian Tattersall, curator emeritus, American Museum of Natural History, New York, New York

WHEN nurses are investigated by their state board of nursing (BON), they’re sometimes told that they don’t need an attorney, that hiring one will create an adversarial situation, and that they’ll have to pay for the attorney themselves. That’s bad advice. Nurses need to be represented by an attorney who is experienced in licensure defense. These attorneys can facilitate the process because they usually have cultivated respectful relationships with board members, investigators, and prosecutors.

Another reason for appropriate legal representation is that BON investigators and members aren’t necessarily familiar with the collateral consequences of licensure discipline. Most importantly, however, is that the role of the board is to protect the public, not advocate for the nurse being investigated. In fact, proceedings before administrative agencies such as BONs are, like civil or criminal proceedings in court, conducted as an adversarial process.

Nurses who represent themselves or who are represented by an attorney who doesn’t normally practice in this arena can find themselves at a serious disadvantage, particularly when dealing with cascading events that can occur after disciplinary action. Fortunately, nurses who have their own professional liability policies typically have license defense protection through their insurance carriers.

Once a final order of discipline is entered against a nurse, other regulatory agencies can become involved, so the nurse should be prepared for this. Many other administrative agencies can have overlapping jurisdiction with the BON. For example, drug diversion can prompt investigations by the Drug Enforcement Administration, Medicaid, Medicare, and state insurance fraud units.

If a nursing license is disciplined in one state, it also can be disciplined in any state in which the nurse holds or has held a license, solely on the basis that another state has done so.

Wisconsin, for example, defines professional misconduct, in part, as:

“The grounds for denying or taking disciplinary action on a license or certificate are any of the following: (1) Noncompliance with federal, jurisdictional, or reporting requirements including any of the following: (a) Engaging in conduct that violates the security of the licensure examination or the integrity of the examination results. (b) Having a license to practice nursing or a nurse licensure compact privilege to practice denied, revoked, suspended, limited, or having the credential holder otherwise disciplined in another state, territory, or country. [Italics added for emphasis.] A certified copy of the board’s record is conclusive evidence of the final action.”

Similarly, the South Carolina grounds for revocation, suspension, or other restriction or limitation on a license include:

“That the licensee has had his/her license to practice nursing in another state suspended or revoked or other disciplinary action has been taken against him by another state. In those situations, the action by another state creates a rebuttal presumption that [an] S.C. nursing license may be acted upon similarly. The finding may be based solely upon the record in the other state, and there is no requirement for a de novo hearing on the facts established in that proceeding. Other evidence is admissible to support or rebut the above presumption.”

Nurses also are frequently unaware that some states require nurses to notify their boards if they are disciplined in another state within a certain period of time. For example, in Pennsylvania, nurses must notify the BON of pending criminal charges, criminal convictions, and disciplinary actions taken by other states and jurisdictions. Failure to report within 90 days may result in the imposition of a disciplinary sanction.

BONs consider disciplinary action to be public information and publish it. In addition, licensure discipline is reported to the National Practitioner Data Bank (NPDB) and, except for Michigan, Nursys.

Nurses should be familiar with their practice acts and their state or territory’s definition of professional misconduct. For nurses who have held multiple licenses for traveling nurse assignments or telehealth practice, reciprocal discipline can be emotionally demoralizing and financially detrimental.

Nurses often don’t realize that their risks of licensure discipline far outweigh their risks of being named in a malpractice lawsuit. Malpractice insurance companies must report payments for lawsuits that are settled or result in a plaintiff’s verdict to the NPDB within 30 days of the payment. This is true for nurses at all levels of practice. BONs also are required to report final orders of discipline to the NPDB within 30 days.

Nurses need information about professional licensure to be compliant with board of nursing (BON) expectations. Nursing program curriculum should include:

• explanations of the difference between a right and a privilege.

When initial licenses are issued, they should be accompanied by a cover letter from the BON that

• includes the board’s website and recommendations to visit it regularly for updates.

For nurses who have practiced on a multi-state privilege under the Nurse Licensure Compact or the Enhanced Licensure Compact, remote state action against that multi-state privilege also is reported to the NPDB. (Under the compact, a nurse with a license in one state can work in other compact state, which is considered the remote state. For example, a nurse licensed in Texas can work in Maine. Maine would be the remote state for the Texas nurse.)

Other potential cascading effects include actions taken by agencies other than the BON. States can have many regulatory agencies that have overlapping jurisdiction with the nursing board, which means that nurses who are disciplined by their BONs can face prosecution by health departments or other state authorities. 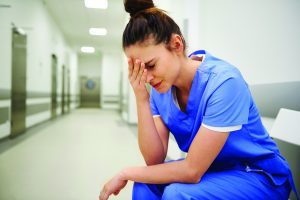 If nurses accept a settlement with a BON that required them to admit the allegations against them, it’s then impossible to deny the charges from the other agencies, which makes their defense more complicated. For example, the Justice Center for the Protection of People with Special Needs in New York has the authority to investigate allegations of abuse or neglect. If a finding is made to support such an allegation, the category and type of abuse or neglect is determined to be “substantiated” and the nurse can face placement on an exclusion list, prohibiting him or her from “future employment with vulnerable persons in the State of New York.” So, even if the BON has permitted the nurse to remain in practice, the Justice Center can prevent the nurse from doing so.

Licensure discipline can result in exclusion from a state’s Medicaid program. A nurse who is placed on a list of excluded providers cannot work directly or indirectly, in any capacity, for any employer who participates in the state’s Medicaid program. Like the Justice Center exclusion, this renders the nurse essentially unemployable even if his or her license is in good standing. As with state exclusions, the nurse also can be excluded from participation in Medicare and other federal programs.

The experience of being investigated and disciplined by a licensing board is stressful. The public nature of the discipline creates embarrassment and shame, which can lead to depression and a lack of self-confidence required for return to practice. The cumulative effect of being disciplined not just by an individual board, but by multiple boards of nursing (BONs), along with other regulatory agencies, can compound the stress and demoralization, as well as the fear that another shoe is always waiting to fall. Although the matter is resolved with one BON, the potential collateral consequences can continue to create financial strain and emotional trauma. It’s critical that the nurse be prepared for these effects. Self-care, including turning to friends and family for support, may be helpful; professional counseling is another option.

The purpose of Medicaid or Medicare Fraud Units is to protect taxpayer dollars from being used by providers who are guilty of fraud, waste, or abuse. Providers who have been disciplined by their licensing boards raise these concerns. Medicaid programs have the discretionary or permissive authority to exclude nurses for some reasons, and a mandatory requirement to do so for others. Although RNs and LPNs do not directly bill to the programs, their employers do, which is why they can be excluded. Nurse practitioners who are direct billers to the programs can be excluded not only from those programs but also can lose their status with private insurers.

BON interviews are frequently recorded, and the recordings of these interviews can be subject to the subpoena power of another agency, criminal prosecutors, or civil litigation. Statements made against one’s interest in these interviews can be used as evidence in civil or criminal proceedings. Nurses should be thoroughly prepared and represented by counsel at these interviews so they can answer questions honestly, but not inadvertently make statements against their own interest in the process. Similarly, written statements prepared for BON purposes can be subject to subpoena power, creating further evidence against the nurse in civil or criminal matters.

Nurses who are represented by attorneys familiar with disciplinary defense before a BON are less likely to face unexpected collateral consequences. A decision regarding the acceptance of a settlement offer or proceeding to a hearing must be based, in part, on knowing if or how many collateral consequences are likely. Without this information and counsel, it’s not possible for a nurse to strategize a defense, understand the potential collateral consequences of discipline, and make an informed decision based on a clear understanding of the risks, benefits, alternatives, and costs.

Pennsylvania Board of Nursing. Rules and regulations. Title 49—Professional and vocational standards. Reporting of crimes and discipline. 2015. pabulletin.com/secure/data/vol45/45-42/1827.html

South Carolina Board of Nursing. Grounds for revocation, suspension or other restriction or limitation on a license. llr.sc.gov/nurse/RestrictiononLic.aspx