The perils of perfectionism in nursing 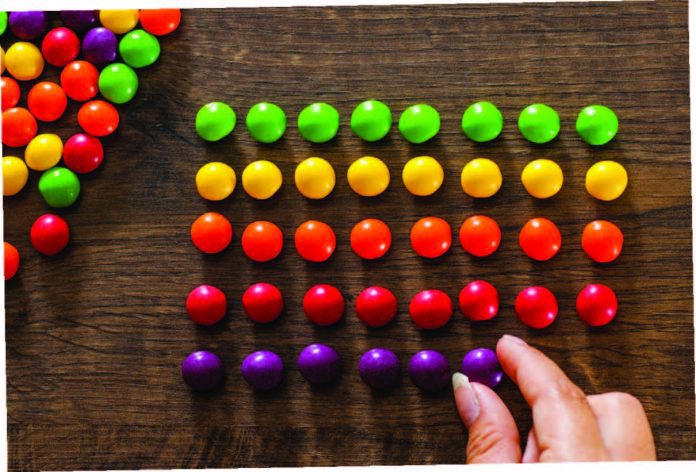 Jackie* is a director of quality management at her organization. She prides herself on being a perfectionist in every aspect of her life, so she’s surprised when feedback on a recent 360-degree evaluation indicates that her direct reports and peers find her difficult to work with. Their observations include “She edits all written work done by others (often with comments that don’t add value)” and “She rarely fully delegates projects to her staff without a significant amount of micromanagement.” Jackie also has been tagged as indecisive; she believes her deliberative decision-making approach avoids errors. Jackie’s supervisor asks her to review the evaluation and develop an action plan to dial down some of the perfectionist tendencies that are impeding her effectiveness.

Jackie’s challenges aren’t unusual for those who pride themselves on being perfectionists. Perfectionists usually can’t see that a threshold exists to adding value to conversations, projects, or written work. Beyond a certain point, their ideas aren’t value-added and their behavior becomes frustrating to others who are trying to complete a task. Ultimately, perfectionism can derail a leader’s success. Jackie’s exacting standards make it hard for her to let others do their job. She frequently decides to do the work herself so that it will be “done right.” The outcome is that she’s overloaded with work, and her team members aren’t growing in their roles.

Perfectionists like Jackie have the mistaken belief that every job or project has a perfect outcome. They set an unrealistically high bar for themselves and others. No matter how much work has been done on a project, they may feel that it’s not good enough and continue revising their work and that of others. In a chaotic and rapidly changing healthcare environment, maintaining this level of control is an illusion.

By their nature, perfectionists want to make the very best decision and frequently believe that even better alternatives exist. Failing to act in a timely manner may mean forgoing critical strategic opportunities and can result in turnover of frustrated staff. Jackie’s supervisor is wise to push her to examine the perils of her behavior and to dial down her perfectionism. But behavior change will be challenging because perfectionism may be deeply rooted in feelings of anxiety and insecurity.

Researcher Brené Brown, PhD, LMSW, has noted that shame is the birthplace of perfectionism. Perfectionism is a mistaken belief that if we live a perfect life, act perfect, and look perfect, we can minimize the pain of blame, judgment, and shame. Perfectionism can begin in childhood as a pattern of behavior developed to earn the approval and acceptance of parents and other adults. Most of us have some perfectionism traits, but others, like Jackie, are on the far end of the continuum. When taken to an extreme, perfectionism can become self-destructive because it’s an unattainable goal. And it doesn’t happen in a vacuum. Jackie’s perfectionism affects everyone around her because she’s setting impossibly high standards not only for herself, but also for her staff.

Jackie should begin her path to reducing perfectionism with a reflective look at some of her behaviors. (See Are you a perfectionist?)

Are you a perfectionist?

Perfectionistic traits that might derail your leadership career include:

Because perfectionist leaders don’t empower their staff and don’t practice transformational leadership, they’re rarely confronted about the impact their behavior has on others. Instead, they try to maximize results by using a pace-setter management style. This approach is characterized by impatience, lack of empathy, negative stretch (stretching people well beyond their comfort zone with insufficient or no support), and harsh judgments about others’ performance and capabilities. When staff fail to meet expectations, the leader is disappointed and staff feel micromanaged.

Like many perfectionists, Jackie may justify her behavior by contending that her standards are just higher than others’; she wants excellence. But striving for excellence isn’t the same as perfection. For staff, excellence is attainable and allows them to appreciate their accomplishments. Perfection can be crippling because enough is never enough. A perfectionist approach can cause even the best and brightest people to feel unmotivated, devalued, dependent, disempowered, frustrated, and ultimately disengaged. When the leader’s behavior is left unchecked, staff may feel they have no safe way to push back on the leader’s perfectionism, so they leave.

Dialing down her perfectionism will require a radical change from Jackie. She’ll need to carefully evaluate her current work habits and move to change destructive behaviors. To travel the road to reform, Jackie should embrace these five steps:

If you’re a perfectionist like Jackie, recognize that it’s a double-edged sword. While perfectionism may have contributed to your career success, it can result in leadership derailment. Pay attention to your perfectionist tendencies and work hard to moderate them. Recognize the difference between excellence and perfection and acknowledge that a goal can be achieved in many ways; your approach may not be the best option. Practice patience and recognize that perfectionism is likely to emerge when you’re under stress. An accountability partner can help you when you’re being unrealistic. Strive to be a recovering perfectionist.

Rose O. Sherman is adjunct professor at the Marian K. Shaughnessy Nurse Leadership Academy, Case Western Reserve University in Cleveland, Ohio, and author of the book The Nurse Leader Coach: Become the Boss No One Wants to Leave. You can read her blog at emergingrnleader.com.

Brown B. The Gifts of Imperfection: Let Go of Who You Think You’re Supposed to Be and Embrace Who You Are. Center City, MN: Hazelden Publishing; 2010.

Goldsmith M. What Got You Here Won’t Get You There: How Successful People Become Even More Successful. London: Profile Books; 2010.

In the emergency department, we’re well trained to recognize the signs and symptoms of serious infections—infections that start from an infinitesimally small and undetectable...
Read more
Early Release

Editor’s note: This is an early release of a web exclusive article for the April 2021 issue of American Nurse Journal.  Ten insights inspired by...
Read more
Articles

Equipment accessibility and multifunctionality help ensure program success. Editor’s note: This is an early release of a web exclusive article for the March 2021 issue...
Read more