The thin white line: Are we doing enough to prevent violence against nurses? 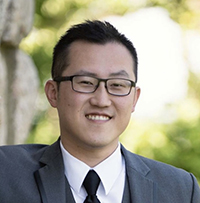 In 1976, Dallas police officer Robert Wood was shot and killed during a routine traffic violation stop. For 12 years, the killer remained at large while an innocent bystander by the name of Randall Adams was wrongfully convicted for the murder and was at one point sentenced to death. In 1988, a documentary about the case resulted in public outcry for a new trial. Multiple inconsistencies during the process of the trial were noted, and in 1989, the Texas appeals court granted Mr. Adams a new trial. Shortly after, he was released and all charges against him were dropped.

The actual murderer of the police officer was later executed for committing another unrelated murder. In a way, this documentary was the predecessor of later popular true crime documentaries such as “Making a Murderer”, “The Jinx”, and “Evil Genius”. During the initial murder trial against Adams, the prosecutor commented in his closing argument that the police are the “thin blue line” separating society from anarchy. The released documentary therefore took this line as its title. While the prosecutor did not create this phrase, the documentary did popularize it, and it’s now closely associated with the important role our police force plays within our society to serve and protect.

While we recognize police officers as the frontline force facing violence, an unexpected group of frontline workers are also facing an epidemic of violence. The Atlantic reported in 2016 that in the past decade, there has been a 110% increase in incidence of violence committed against healthcare workers, specifically nurses. As many as 25% of nurses reported being physically assaulted, resulting in injuries ranging from minor to death. When further examined, the statistic becomes even more unsettling since it’s noted that while healthcare workers only make up 9% of the workforce, there are as many violent injuries in the healthcare industry as all other industries combined.

As a former emergency department nurse, I can attest to being physically grabbed, spat at, or kicked by patients who are mentally ill or combative due to altered mental status. This is not uncommon, as confirmed by a research study published in the Journal of Emergency Nursing in 2014, which suggested that most of these violent cases are due to patients suffering from mental illness or under the influence of intoxicating agents or medications.

However, the same study provided data that a significant amount of verbal or physical assaults are perpetrated by family members or visitors, who we assume should be of sound mind. Some of these attacks resulted in severe injuries and can be career- or life-ending. These types of violent workplace encounters are something that many nurses have simply not been prepared for in school.

Rosa Parma, a RN who spoke with The Atlantic, reported that she has been spat on, slapped and even had her life threatened during her 5 years working as a hospital nurse. Her career came to an end when a delirious patient kicked her so hard that she slammed into a wall and fell into the ground. Rosa was 2 months pregnant at the time. In 2014, a news report showed a video of a 64-year-old patient physically assaulting a group of nurses with a metal pipe pulled from his bed. In 2017, CBS Boston reported the story of a 40-year veteran nurse near retirement being stabbed in the face and shoulder by a teenager who was apparently unsatisfied with the care he received. The list goes on and on and it’s simply difficult to fathom why the frontline clinicians of healthcare are being physically attacked at times to the brink of death.

Why is it that nurses are so prone to being victimized? Charlotte Mather, MBA, BSN, RN, the chief nursing officer at Sheridan Memorial Hospital in Wyoming and a former executive nurse fellow at the Robert Wood Johnson Foundation believes that nurses are especially prone to violence because they’re the most numerous component of the healthcare workforce and they spend the most amount of time with patients while caring for them. Gordon Gillespie, PhD, RN, an associate professor at the University of Cincinnati College of Nursing and a Robert Wood Johnson Foundation Nurse Faculty Scholar believes that nurses are especially vulnerable to violence due to the longer time spent with patients. “It has to do with face time, the longer you are sitting in a room with someone, the greater chance you have of being victimized,” he said.

With that said, why are we not doing more to protect our nurses? Unfortunately there is a pervasive attitude that violence is just part of the territory of being a nurse. Lisa Wolf, a RN and research director for the Emergency Nurses Association, believes “There is a top-to bottom cultural assumption that violence is part of the job and it goes from the bedside up to the judicial system.” There is evidence suggesting that the acceptance of violence against nurses may be traced to lack of of actions from hospital administration along with the judicial system. In 2014, the Journal of Emergency Nursingpublished the article “Nothing Changes, Nobody Cares,” which described situations where nurses who were victimized essentially gave up reporting it due to the inactions by the hospital administration.

In a 2011 Emergency Nurse Association survey, 50% of nurses reported inaction by hospital administration after their assault, and 10% of nurses reported that they were actually blamed for their assault. Rosa Parma, the aforementioned RN who was kicked into the wall while 2 month pregnant? She reported the incidence to her supervisor and the manager responded: “Has this never happened to you? Is this really the first time?” And then proceeded to tell Rosa that she’s expected to be back at work the next day.

While there are both state and federal laws in place to protect nurses from violence and prosecutes the perpetrator, nurses are often discouraged to report the event or even to call 911. Jeaux Rinehart, a 30-year veteran RN from Virginia Mason Medical Center, said that in 2008, a patient seeking methadone attacked him with a billy club and broke his cheekbone. The hospital discouraged him from pressing charges and reprimanded his colleagues who were assaulted. Jeaux said that, “There is a constant message being sent to nurses that they’re responsible, and places the blame on nurses for their attack.” This attitude should not be accepted in the era of the #MeToo movement where we learned the danger of victim-blaming. Reading about victimized colleagues who are suppressed from speaking up is heartbreaking and infuriating. An article from Scientific Americanin 2014 reported that up to 80% of physical assaults on nurses likely are unreported due to pervasive inaction.

Moreover, police and prosecutors often downplay the incident unless someone is severely injured, according to Rita Anderson, a RN who helped pass New York State’s violence-against-nurses legislation. She herself one time had her jaw broken by a teenage girl who reportedly became violent simply because she was sick of waiting.

Fortunately, researchers such as Dr.Gillespie are tirelessly seeking solutions and strategies to prevent violence against nurses and to help victims recover. He developed interventions to curb violence and also to raise awareness about violence in the hospital setting. Gillespie also helps to train hospital security staff to become more vigilant in identify potential perpetrators and to take early actions to prevent escalation.

The Veterans Health Administration also implemented policies that help identify high-risk perpetrators and outline extra precautions to take when treating these individuals. These actions have successfully reduced assaults in their facility.

Despite indications that training programs and a systematic approach to preventing violence against nurses may be effective, there is a concern for the cost to implement these large scale programs. Yet data from Occupational Safety and Health Administration shows that the cost of losing worker-compensation lawsuits and employee time off due to patient inflicted injuries eclipse the cost of violence prevention programs.

The bottom line according to Lisa Wolf, RN, is that “There needs to be a cultural change that it’s not okay to hit a nurse. Until then, any intervention that is attempted is unlikely to be accepted.”

Dr. Gillespie said: “This is not something that should be part of the job. People can go to jail for hitting a police officer or talking back to a judge, so why are they free to abuse nurses?” After all, if the thin blue line describes the role our police plays in keeping society safe, the thin white line is made up of nurses who are safeguarding our patients and we have a responsibility to exhaust all resources to protect this fragile barrier.

Leon Chen is a nurse practitioner with the department of anesthesiology and critical care medicine at Memorial Sloan Kettering Cancer Center, a clinical assistant professor at NYU Rory Meyers College of Nursing, and a fellow of the American College of Chest Physicians.

Editor’s note. Past articles in American Nurse Today related to this topic include

Patient violence: It’s not all in a day’s work

Violence—It’s not “part of the job”

Campbell AF. Why violence against nurses has spiked in the last decade. The Atlantic. https://www.theatlantic.com/business/archive/2016/12/violence-against-nurses/509309/. June 19, 2017.