Understanding the link between genomics and brain illness 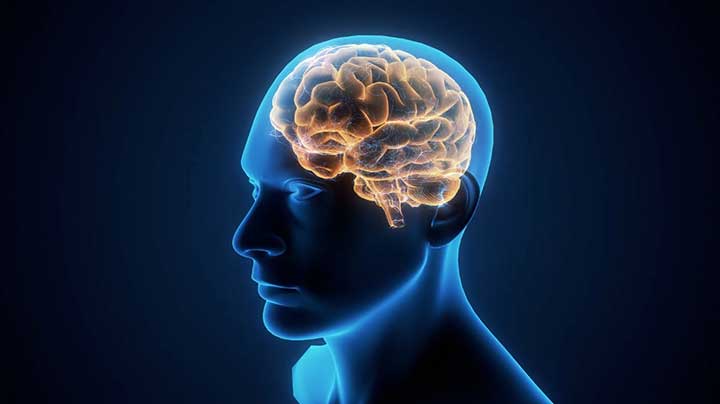 Editor’s note: One of a series of articles from the National Human Genome Research Institute. http://www.genome.gov/

All nurses in clinical practice interact at least occasionally with patients who have psychiatric diagnoses or undiagnosed brain illness. (Note: The author prefers the term brain illness to mental illness or psychiatric illness in the belief that it’s less stigmatizing and technically more accurate.) Overwhelming research shows no single gene is responsible for such illnesses as schizophrenia, bipolar disorder, depression, or addiction. Instead, brain illness apparently results from multiple changes in multiple genes—and their interaction with environmental stressors.

Genomics addresses the complex interactions of multiple genes and their interactions with each other, the environment, and sociocultural factors. The gene and environment ecogenetic approach states that multiple genes and multiple environmental influences have a synergistic effect on each other. In some cases, these effects are protective; in others, they increase risk factors. A patient may have an adverse genetic history for a particular disease—but may also have protective environmental factors that allow her to escape the disease. The clinical examples below demonstrate how genomics influences patient health outcomes and discusses the implications for psychiatric healthcare professionals.

The case of JB

A student psychiatric nurse working with JB obtains a three-generation family genetic history (called a pedigree), which serves as the source of critical information for assessing and evaluating his complex condition. (See the box below.)

On her fifth day working with him, the student nurse finds JB diaphoretic, pale, clammy, and complaining of chest pain. His vital signs are significantly elevated beyond baseline. He states, “I’m scared. Help me. Please help me.”

The student reports these findings to the lead nurse and senior physician. The latter responds, “It’s obvious you’re a student. Everyone knows bipolar patients in the manic phase have increased vital signs and frequent chest pain, and are complainers. No action is needed.”

The student continues to monitor JB closely and reports his deteriorating status, and then leaves for the night. The next morning when she returns to the unit, she’s met by a group of patients, who tell her JB overnight from a massive MI.

Despite the senior physician’s belief that no action was needed, JB’s genetic factors, environmental factors, and signs and symptoms warranted immediate clinical intervention. Each patient deserves a comprehensive, individualized assessment by a competent, well-informed healthcare provider.

The case of MR

MR, age 26, is a single Hispanic female with major depression, active suicidality, and chronic anxiety. She has had multiple short-term admissions to several inpatient psychiatric units. Each time, her medication regimen is altered, with poor long-term results. Her genetic history includes a mother and an aunt with depression, both with hospitalizations. Her mother has been stabilized for the past 10 years on a medication regimen.

Women with a genetic history of depression may inherit drug receptivity and nonreceptivity; this can be assessed from a family history or from certain pharmacogenomic tests. (See the box below) Consequently, the care team decides to transition MR to the same regimen as her mother’s, which leads to her stabilization.

The case of JL

JL, a 23-year-old Caucasian female, has strong features of a specific genetic syndrome that causes craniofacial and mild mental retardation features. Single and living with her family, she has had multiple admissions to psychiatric units with depression and suicide attempts. Her mother has identical facial features, mild mental retardation, and a history of anxiety and depression. Five of her family members from three generations live together with an unstable income, which indicates that the family has adequate resilience to find housing and work with the many components of the “system.” In short, the family seems to be a supportive and cohesive unit.

During an interdisciplinary inpatient psychiatric team meeting, members heatedly debate whether to make a genetics referral for JL and her family. Two argue in favor of the genetics referral, while the other 10 object on various grounds—“It will serve no purpose”; “It’s too expensive and doesn’t bring results”; “It’s not an appropriate focus for a patient in a short-term unit.”

One of the advocates for referral, a physician, presents the patient’s plea “to know what’s wrong with me.” The second advocate, a psychiatric clinical nurse specialist, explains to team members that genetic testing has the potential to answer JL’s question, guide further diagnostic screenings, and promote access to support services. After 30 minutes of further discussion, the team agrees that the referral to a genetics center is the right thing to do.

JL and her family eagerly take advantage of the referral. Since then, she has not been rehospitalized, thanks to the effective diagnostics, counseling, and support services she received.

Understanding and using genomic knowledge appropriately is the responsibility of all registered nurses. All evidence-based practice (EBP) models require a review of the evidence, patient data, and clinical assessment findings, followed by integration of this knowledge in the context of the patient’s culture, values, and preferences. This is the crux of EBP—an ethical course of action with the potential to improve patient outcomes. (See the box below.)

You might be interested to learn that the first case scenario (JB) occurred over 40 years ago—and that the psychiatric nursing student was me. That experience changed my life and my clinical career.