American Nurse
Home Community You want to refuse a flu shot? Welcome to the epidemic!
CommunityPerspectives

You want to refuse a flu shot? Welcome to the epidemic! 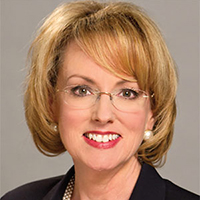 I cradled a very sick child with the flu in my arms this week and asked why the mother had insisted on her child NOT being vaccinated with the flu vaccine a month earlier. “It’s my right,” the mother replied.

The Texas (where I live) Department of State Health Services reported nearly 10,000 flu and pneumonia-related deaths duringthe last flu season.This is a spike of nearly 27% above of the previous year. The Centers for Disease Control and Prevention (CDC) reports that 80% of the children who died nationally were unimmunized or under-immunized. Since the flu season in Texas peaks between December through February, those of us in the caring professions are getting ready for the onslaught. How many more deaths do we need in 2019? Does this mother really realize the danger confronting her child?

I am getting tired of the lame tactics, rhetoric and politics aimed at swaying public opinion on the dangers of vaccines, while the innocent get infected and needlessly die from preventable illnesses, like the flu. Although the CDC reports low flu activity so far, the first pediatric death occurred this week. In Texas, the “opt-out” of vaccine policy is hurting all of us. It’s time to change that stance.

Why do we debate the issue of getting flu shots? Are we all scientists who can intelligently counter the current evidence base about the importance of community immunity? Does the opinion of the few outweigh the science base of the best researchers on the planet?

About 40% of the children in the State of Texas have parents who opt out of vaccine administration of any kind, yet they are permitted to attend school. The Texas Administrative Code (TAC) §97.62 describes conditions under which individuals can seek exemptions from Texas immunization requirements. The policy provides for exclusions from compliance based on medical contraindications, active duty with the armed forces of the United States, and reasons of conscience, including a religious belief.

As a nurse and a military veteran, I am trying to understand the debate. The exclusions as written seem reasonable. But taken to the extreme as in the current situation appears archaic. Opt out of immunizing your children? Why? Is the opinion base stronger than the evidence base? We need to see vaccination as a civic duty as well as an individual mandate to try to stay healthy. It’s all based on the concept of “herd immunity”, which I had never “heard” of until I studied the concept of immunity as a nursing student.

Herd immunity is based on the public health concept that the more people who are protected, the less likely the virus will spread and the fewer people will get sick and eventually die from the disease. We’ve now broken the track record on the value of flu vaccination and the concept of herd immunity because of the number of people who can opt out, at least in the State of Texas.

The reality is that flu comes every year. We can’t stop it. Either we are prepared or we’re not. But the new “anti-vaccer’s” voices, the group of vaccine protestors who say no to vaccines, are making their statements heard.

It’s time we put public policy and science ahead of rhetoric and opinion. The State of Texas needs to overturn the current vaccine opt-out stance for all vaccines, not just the flu vaccine, and legislate that to protect the public, all children must present documentation of current immunization status prior to being admitted to school.

How bad will the next flu season be? I don’t know. Neither do you.

I do know that I don’t want one more child compromised by the flu, or measles, or any other preventative disease. The power of positive change, the power to save lives, and the power to change vaccination policies is in our hands. Let’s get on with it and let science be our guide. Let’s step up and change the current state policy. Our children deserve nothing less.