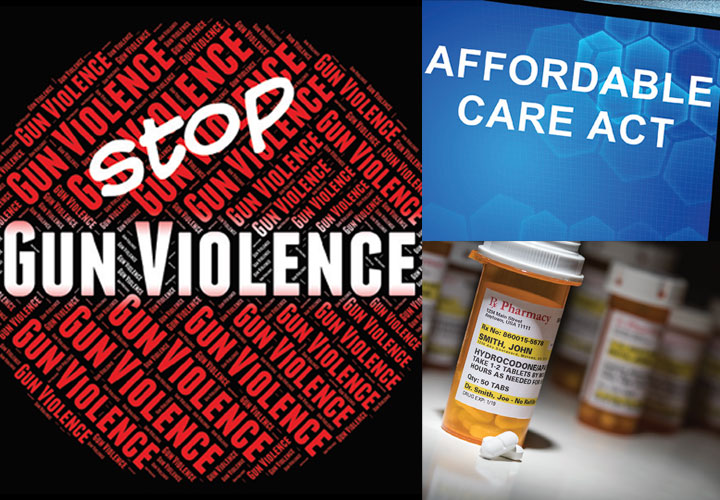 One of the American Nurses Association’s (ANA) most critical functions is to promote and implement a federal legislative agenda that elevates nursing and improves patient care. In 2019, as the 116th Congress gets underway, ANA will focus its legislative efforts in key areas: passage of Title VIII reauthorization for nursing workforce programs, addressing the opioid epidemic and prescriptive authority for advanced practice registered nurses (APRNs), stabilizing the Affordable Care Act (ACA), and preventing gun violence. ANA’s legislative priorities are derived from the organization’s strategic goals and position statements, emerging issues, and the current political environment.

A shifting political landscape will significantly impact ANA’s legislative efforts in 2019, as Democrats gain control of the majority in the House for the first time since 2011 after midterm elections that saw them pick up 40 seats. This change in leadership will meaningfully alter that chamber’s legislative priorities and brings divided government to Washington for the first time since 2016. The Senate remains in Republican control after Republicans picked up a net of two seats in the midterm elections.

Emerging developments in the healthcare and policy environments also affect ANA’s legislative priorities. The most pressing emerging development of the last several years is the ongoing opioid epidemic that continues to ravage communities across the country. ANA was pivotal in ensuring that Congress included language regarding permanent prescriptive authority for buprenorphine for nurse practitioners (NPs) and physician assistants (PAs) and 5-year authority for clinical nurse specialists (CNSs), certified nurse-midwives (CNMs), and certified registered nurse anesthetists (CRNAs), in the SUPPORT for Patients and Communities Act signed into law on October 24, 2018.

In 2017, ANA’s legislative efforts refocused to ensure the preservation of the ACA’s consumer and patient protections—particularly protections for individuals with pre-existing conditions and the guaranteed essential health benefits provisions—as the then Republican-controlled House of Representatives and Senate and the Trump administration rolled out several legislative proposals to undo those protections. These efforts, commonly known as “repeal and replace,” were unsuccessful. Nurses around the country rallied to oppose the efforts through ANA’s political action center, weighing in countless times to make their voices heard by members of Congress.

The opioid epidemic continues to impact individuals and families across the country, while issues such as commonsense, bipartisan gun violence prevention gain traction in the new Congress. Congress also is expected to consider bipartisan legislative proposals related to ACA market stabilization.

In addition to key issues such as safe staffing, safe patient handling and mobility, and workplace violence, here’s a look at several legislative priorities for 2019.

Title VIII of the Public Health Service Act authorizes Nursing Workforce Development Programs, which support RN and APRN education and training programs across the country. The House passed the Title VIII Nursing Workforce Reauthorization Act of 2018— sponsored by Rep. Dave Joyce (R-OH)—on July 23, 2018 by voice vote. The Senate, however, failed to pass the House-passed version before the end of the 115th Congress, meaning that both chambers will have to vote on a newly introduced bill in the 116th Congress. ANA is working with the House and Senate to resolve policy differences between chambers on the latest draft of Title VIII reauthorization legislation.

Even as Congress attempted to repeal and replace the ACA in 2017, some members of Congress—notably Sen. Lamar Alexander (R-TN) and Sen. Patty Murray (D-WA)—floated bipartisan proposals to strengthen the ACA’s individual health insurance market and to ensure funding for cost-sharing reduction payments to assist low-income Americans in making co-insurance payments. ANA will continue to support such measures and urge Congress to stabilize insurance markets, protect individuals with pre-existing conditions, and prevent the re-emergence of junk, or short-term, insurance plans.

ANA will continue to advocate for funding for the U.S. Centers for Disease Control & Prevention for research into gun violence prevention and for commonsense legislation to protect all Americans, including universal background checks. ANA has already voiced its full support for H.R. 8, a bipartisan bill that would require a background check for every firearm sale. H.R. 8 was introduced by Rep. Mike Thompson (D-CA) and was originally co-sponsored by a bipartisan group of House members; it quickly gained over 175 other co-sponsors.

ANA strives to ensure that nurses, America’s most honest and ethical profession for the past 17 years, have a seat at the table when it comes to these critical issues. Through legislative efforts in 2019, ANA will continue to put the patient and consumer first and will elevate the role of nursing in America’s healthcare system.

— Gregory Craig is a health policy advisor and Samuel Hewitt is a senior associate director in the Policy & Government Affairs Department at ANA.

Harnessing our anger in constructive ways