In the hospital setting, emergencies typically occur in emergency departments (EDs) and intensive care units (ICUs). But many also take place in progressive care units or general nursing units. And when they do, they can cause marked anxiety for nurses—especially those unfamiliar or inexperienced with the drugs used in these emergencies.

Generally, the goal of using emergency drugs is to prevent the patient from deteriorating to an arrest situation. This article helps nurses who don’t work in ICUs or EDs to understand emergency drugs and their use.

Under normal circumstances, a registered nurse (RN) needs a physician’s order to administer medications. In emergencies, RNs with advanced cardiac life support (ACLS) certification can give selected drugs based on standing orders, relying on algorithms that outline care for certain emergencies. Wherever possible, nurses should strive to maintain proficiency in basic life support (BLS), as the latest research shows the importance of effective cardio­pulmonary resuscitation. Some non-ICU nurses may want to pursue ACLS training as well.

Acute coronary syndrome (ACS) refers to a spectrum of clinical mani­festations associated with acute myocardial infarction and unstable angina. In ACS, a plaque in a coronary artery ruptures or becomes eroded, triggering the clotting cascade. A blood clot forms, occluding the artery and interrupting blood and oxygen flow to cardiac muscle.
Many healthcare providers use the acronym MONA to help them remember the initial medical treatment options for a patient with ACS.

But keep in mind that while MONA might be easy to remember, the drugs aren’t given in the MONA sequence. They’re given in the order of OANM. 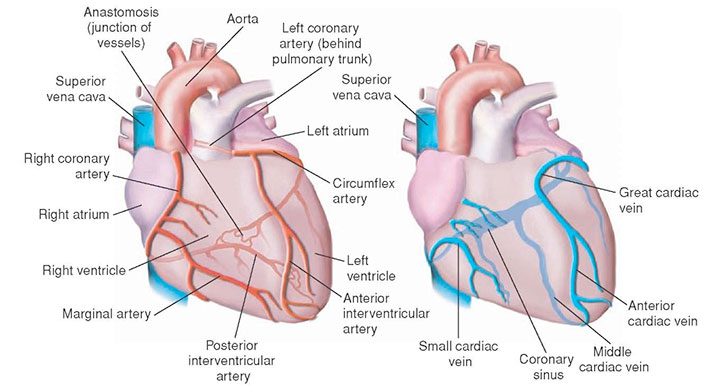 The standard recommended aspirin dosage to treat ACS is 160 to 325 mg, given as chewable “baby” aspirin to speed absorption. Aspirin slows platelet aggregation, reducing the risk of further occlusion or reocclusion of the coronary artery or a recurrent ischemic event.

To help resolve chest pain from ACS, nitroglycerin 0.4 mg is given sublingually via a spray or rapidly dissolving tablet. If the first dose doesn’t reduce chest pain, the dose can be repeated every 3 to 5 minutes for a total of three doses.

If chest pain recurs once the initial pain resolves or decreases, the patient may be placed on a continuous I.V. infusion of nitroglycerin. Because of the drug’s vasodilatory effects, be sure to institute continuous blood-pressure monitoring.

If chest pain doesn’t resolve with sublingual or I.V. nitroglycerin, morphine 2 to 4 mg may be given every 5 to 15 minutes via I.V. push. An opioid acting primarily on receptors that perceive pain, morphine also acts as a venodilator, reducing ventricular preload and cardiac oxygen requirements.

As with nitroglycerin, the patient’s blood pressure needs to be monitored continuously. If hypotension occurs, elevate the patient’s legs, give I.V. fluids as ordered, and monitor for signs and symptoms of pulmonary congestion.

Other medications for ACS

Metoprolol may be used in the initial treatment of ACS. A cardioselective (beta1 receptor) drug, it’s a beta-adrenergic blocker that dilates peripheral vascular beds, in turn reducing blood pressure, decreasing cardiac workload, and lowering cardiac oxygen demands. It also may have a mild analgesic effect in ACS-related chest pain. The patient’s blood pressure must be monitored. (See Be cautious with beta blockers by clicking on the PDF icon above.)

Bradycardias and tachycardias commonly arise during medical emergencies. The primary goal of drug therapy for these arrhythmias is to return the heart rate and rhythm to normal, thereby maximizing cardiac pumping and restoring hemodynamic stability. To achieve this goal, antiarrhythmics are given to slow, speed, or block conduction of the heart’s electrical impulses. A combination of drugs in the proper dosages may resolve bradycardias and tachycardias. (See Drugs used to treat arrhythmias by clicking on the PDF icon above.)

For symptomatic patients, the healthcare team must determine the cause of bradycardia. In many cases, bradycardia results from use of other drugs, specifically other antiarrhythmics—for instance, beta blockers and calcium channel blockers. So those drugs may need to be withheld temporarily until their effects wear off. Beta blockers reduce circulating catecholamine levels, decreasing both the heart rate and blood pressure.

Typically, atropine is the drug of choice for symptomatic bradycardia. An anticholinergic and potent belladonna alkaloid, it increases the heart rate, which improves hemodynamic stability.

Epinephrine may be used as a secondary measure if atropine and temporary heart pacing don’t improve hemodynamic stability. Among other actions, epinephrine stimulates beta1 receptors, causing cardiac stimulation, which in turn increases the heart rate.

If your patient is receiving these I.V. drugs, be sure to monitor for extravasation, which could lead to tissue damage. If possible, use a central line to deliver epinephrine and dopamine.

Tachycardia, which usually refers to a heart rate faster than 100 bpm, may result from various cardiac mechanisms. The first step in choosing the right drug is to identify the origin of the arrhythmia. Most tachycardias are classified as one of two types:

Each type calls for a slightly different treatment. Narrow-QRS-complex tachycardias with a regular rate generally are treated with adenosine, along with beta blockers, calcium channel blockers, and/or amiodarone or ibutilide.

Adenosine. This general antiarrhythmic is used mainly as a diagnostic agent to identify the origin of an underlying narrow-QRS-complex tachycardia. It briefly depresses the atrioventricular (AV) node and sinus node activity. When given by rapid I.V. bolus, the drug’s primary action is to slow electrical impulse conduction through the AV node. Be aware that adenosine commonly causes a few seconds of asystole, but because of its short half-life (6 to 10 seconds), the asystole usually is brief. The drug sometimes restores a normal sinus rhythm; if it doesn’t, calcium channel blockers and beta blockers may be given immediately to control the heart rate while amiodarone or ibutilide may be used to help restore a normal sinus rhythm.

Diltiazem. A first-line agent in controlling heart rate in narrow QRS-complex tachycardias, this drug can be used both in patients with preserved cardiac function and in those with impaired ventricular function (ejection fraction below 40%) or heart failure. (Verapamil, another calcium channel blocker, should be used only in patients with preserved cardiac function.)

A calcium channel blocker, diltiazem slows and/or blocks electrical impulse conduction through the AV node, reducing the number of impulses that arrive at the ventricular tissue and slowing the heart rate.

It may cause hypotension secondary to vascular smooth-muscle relaxation. Also, it may block impulses in some narrow-QRS-complex tachycardias that involve AV nodal reentry, thereby terminating the rhythm and restoring normal sinus rhythm.

Other drugs. Occasionally, selected beta blockers are used to help control the heart rate associated with narrow-QRS-complex tachycardias. They include metoprolol, atenolol, propranolol, and esmolol. Propranolol isn’t cardioselective and can affect pulmonary function, so it’s used less often. Typically, esmolol is given only in the ICU.

Don’t give beta blockers or calcium channel blockers to patients with narrow-QRS-complex tachycardias suspected of being pre-excitation arrhythmias, such as Wolff-Parkinson-White (WPW) syndrome. Such arrhythmias allow impulses to flow from the atria to the ventricles through an accessory or alternate pathway. Beta blockers and calcium channel blockers may increase the number of impulses arriving at ventricular tissue, further speeding the heart rate.

Amiodarone. This drug is used to treat certain narrow- and wide-QRS complex tachycardias identified as ventricular tachycardia or tachycardias of unknown origin.

Although a class III antiarrhythmic, it has some properties of all antiarrhythmic classes. Its primary action is to block potassium channels in the cell, but it also prolongs the action potential duration, depresses conduction velocity, slows conduction through and prolongs refractoriness in the AV node, and has some alpha-, beta-, and calcium-channel blocking capabilities.

Dosing depends on circumstances. When used to treat ventricular tachycardia in patients with a pulse, runs of paroxysmal ventricular tachycardia, or narrow-QRS-complex tachycardias, amiodarone is given as a bolus of 150 mg over 10 minutes, followed by a continuous I.V. infusion starting at 1 mg/minute for 6 hours and then 0.5 mg/minute for 18 hours. If the patient is on nothing-by-mouth status for an extended time, the infusion can be kept running at 0.5 mg/minute. Otherwise, an oral dose usually is started before the infusion ends.

Any time, any place

Cardiac emergencies can occur at any time in any patient. Being familiar with the actions, dosages, and rationales for commonly used emergency drugs will help you manage any crisis with confidence and efficiency.

Ira Gene Reynolds is a full-time faculty member in the Nursing Program at Provo College in Provo, Utah. The planners and author of this CNE activity have disclosed no relevant financial relationships with any commercial companies pertaining to this activity.