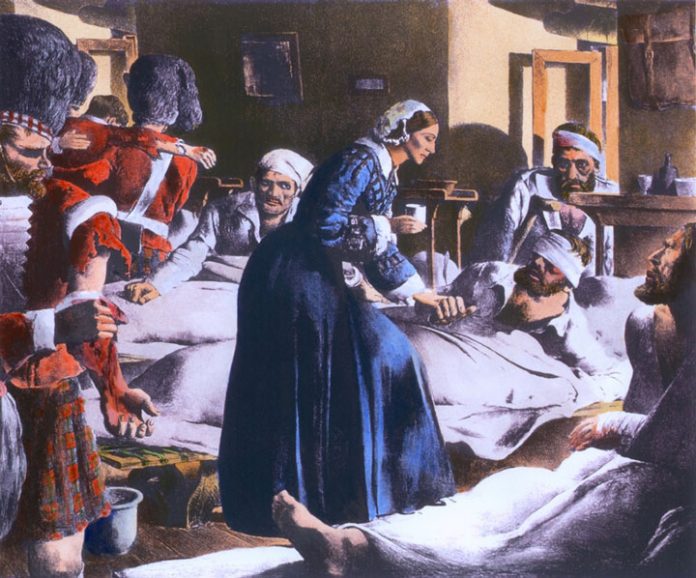 Florence Nightingale is usually the first name that comes to mind when nursing is discussed anywhere in the world. This great and inspirational woman was born on May 12, 1820. She played a wide range of roles in nursing, including practitioner, educator, and researcher. As a tribute to her incredible contributions, I created this NURSING acronym for her.

N: Nurse—Florence Nightingale (1820-1910), also known as “The Lady with the Lamp,” was a British nurse who is credited with founding modern nursing. The mother of nursing, whose last name appropriately begins with the first letter of “nurse”, was a pioneer in the profession.

S: Skills—Nightingale realized that only a good education could lead to good skill and practice. Nightingale used tools such as case studies to teach the practice of nursing. Her nurse training model, which is based on theoretical principles and practical practice for mastery of skills, it serves as a blueprint for early nurse education.

I: Inspiring—Nightingale is probably the world’s most inspiring nurse and has had the greatest influence on modern nursing. She is an inspiration to nurses because of the significant impact she had on how successful nursing can be. Nightingale elevated nursing to a prestigious and independent profession. She also advocated for the interests of nurses and patients’ rights.

N: Notes on Nursing: What It Is, and What It Is Not, written by Nightingale, nursing’s first theorist/researcher, was first published in England in 1859 and the United States in 1860. It’s often viewed as nursing’s first textbook and regarded as Nightingale’s gift to everyone in the nursing profession.

G: God and goodness—Nightingale felt she had received a call from god to serve and she wanted to be a nurse so she could do good to help patients. God’s name appears 14 times in Notes on Nursing in various places. Nursing, she wrote, is a priceless gift from god to care for patients.

Nightingale F. Notes on Nursing: What It Is, and What It Is Not. Lippincott Williams & Wilkins; 1992.

Twenty-two percent: That’s how many frontline RNs in the United States said, in a response to a recent McKinsey survey, that they may leave...
Read more
American Nurse Heroes