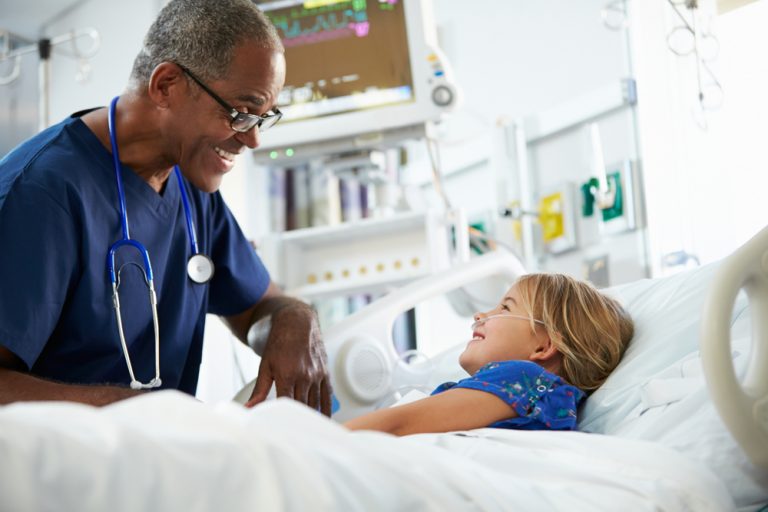 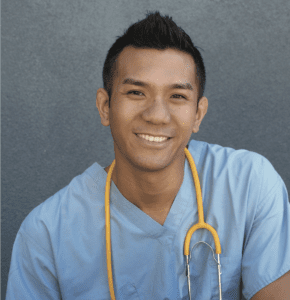 AS A NURSE EDUCATOR who’s taught hundreds of students in classrooms, nursing skills labs, and clinical settings, I’m frequently reminded of my responsibility to help aspiring young professionals create healthy, resilient, well-balanced nursing identities. My own professional identity was framed largely by an exclusively female staff 20 years ago in a small hospital-based nursing program. Although I appreciated and respected their knowledge and clinical expertise, I recall many  instances when a faculty member referenced my gender. Each of those interactions had a profound, additive effect on my budding nursing identity. (See Watch what you say.)

Of course, nurses of both genders can commiserate. After all, for many decades nursing was seen as one of a handful of occupations deemed socially—and perhaps biologically—appropriate for women, so many female colleagues can share gender-biased comments from high school advisors and teachers.

But nursing can be a particularly challenging profession for men. Questions from family and friends about the wisdom of nursing as a viable career choice may even include questioning their masculinity. I encountered those questions from not only family and friends, but also instructors. Those questions and comments influenced my nursing identity and led me to more closely consider the roles we assign nurses based on gender. For example, obstetrics was by far the most difficult clinical rotation for me. I looked around the unit and noticed that other than physicians, I was the only man in sight. I questioned why it’s acceptable for men to act in the role of physician and not nurse in that clinical specialty. Was it rooted in a belief that men and women should serve within socially prescribed roles, with women as nurturers and men in more dominant leadership roles?

Fast-forward 20 years into my role as a nurse educator. One of my primary objectives is to create learning experiences free from explicit—or implicit—gender bias that might discourage students from selecting any of nursing’s many disciplines. In other words, how can I do my part to create experiences where men don’t feel guided toward nursing’s technical, critical care, or crisis-oriented specialties, while only women pursue the “softer” disciplines like obstetrics and pediatrics?

A teaching aid I frequently use to illustrate the complex concept of nursing identity is an old childhood game called KerPlunk. To set up the game, about 30 sticks are placed at various angles and depths through holes in a plastic cylinder and then marbles are dropped on top. The sticks form an intricate support network for the marbles. Players remove sticks one at a time until marbles come crashing down, resulting in the rest of the players calling “KerPlunk!”

I’ve noticed that no two configurations of the sticks and marbles are ever quite the same, and as each stick is removed, the mass of marbles continually changes its configuration. Each stick represents a factor (gender, level of education, previous vocational experiences, religious background, social status, and individual formative experiences provided by nursing instructors, preceptors, and other authority figures) that makes up a nurse’s identity. Each comment made to a student may cause subtle—or significant—movement of the axes that comprise his or her budding nursing identity. In the case of many male students, the pressure to create a masculine identity within a historically female profession proves to be overwhelming, and they flee for the operating room, emergency department, or intensive care unit.

In the classroom, I use an overhead camera focused inside the KerPlunk cylinder and projected on a screen for students to see. Then, to illustrate how gender bias can affect an individual nurse’s identity, I call out gender-biased comments as I manipulate the sticks so that a number of marbles come crashing down. “KerPlunk,” I tell the class. “Be careful what you say to peers, orientees, and the students you precept in the future. You can have a powerful influence over someone else’s nursing identity. Use it wisely.”

The game also illustrates the concept of in group/ out group, and how one group’s power can easily influence another group’s (or individual’s) identity. In the case of nursing, because women are more than 90% of all practicing nurses—and an even higher percentage of nursing faculty—they’re in a position to create educational practices that either maintain a self-perpetuating paradigm or allow unfettered exploration into all aspects of nursing. 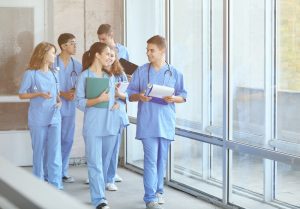 A recent student told me that when he expressed a desire to pursue a career in one of nursing’s less technical disciplines, he was actively discouraged with comments such as, “You’ll never be accepted,” “Why would you want to make your life so hard,” “What’s wrong with critical care? They will have openings and it pays more.” I was stunned to hear this story and realized that more work needs to be done. As the student shared his story, I could see the concern in his eyes. He was at a crossroads; he was wondering if he made the right decision to pursue a career in nursing. Should he abandon his dream? The answer in his case was no. I networked with former graduates to find a man who had bravely pursued his nursing career in a less technical discipline and was thriving in his career.

Nursing students are taught by faculty who are mostly white women, each of whom has her own views of gender diversity within the profession. They have powerful influence through verbal and nonverbal communication. Assumptions about where male nurses should work (critical care, emergency services, operative services, flight nursing, and administration) may be inadvertently encouraged by instructors out of implicit bias. Each of these subspecialties offers men opportunities to work with technical equipment and to engage in rescue, trauma, and leadership, traits in keeping with traditional views of masculinity.

The perceptions about men who enter nursing seem to collide with social expectations that view women as subservient to men. The notion that traits like caring and nurturing are somehow innate to the female psyche perpetuates the tenacious, though fading myth that nursing is a career best suited for women. Recruiting additional men into the nursing profession through affirmative action may provide empowering role models who can encourage other male nursing students to explore all the opportunities that nursing has to offer.

However, so few male nursing faculty exist that obtaining a sufficient critical mass to effect change seems currently out of reach. Analyzing the rigid social identities within nursing schools and healthcare organizations provides opportunities for rich exploration, especially given the evolving fluidity of contemporary concepts of gender. Philosophical doors opened by dialogue about these concepts have provided new opportunities for men to enter the profession in increasing numbers, setting the stage for positive change.

Nurse educators and preceptors must recognize the awesome responsibility they have in helping students and young professionals construct their nursing identities. They must refrain from gender-biased language and teaching practices that may discourage men—and women— from embracing a career within any of nursing’s specialties. Engaging in frequent, reflective practice and dialogue with students can help uncover gender-biased comments that may have negatively impacted them. Open, honest communication and thoughtful guidance will avoid cries of “KerPlunk” as we strive for equity within the profession.

David Foley is the dean and associate professor of nursing at Notre Dame College in Cleveland, Ohio.