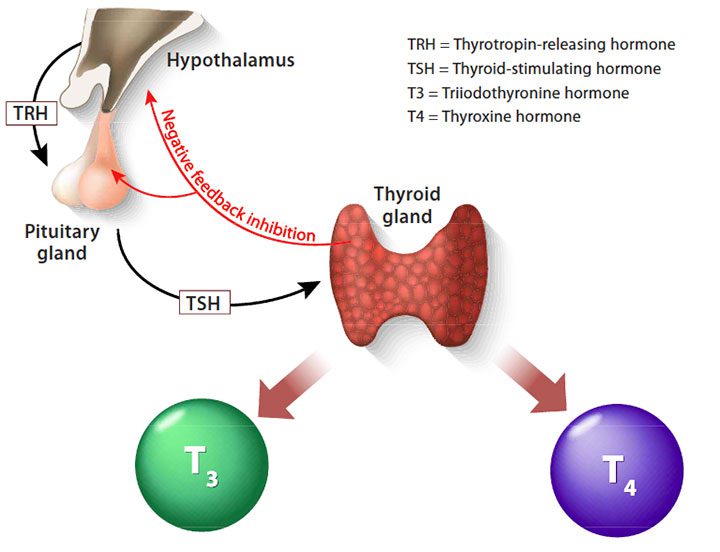 Learn to recognize the symptoms of this commonly overlooked condition.

Sandra Reynolds, a 64-year-old homeless woman, is admitted to your unit for rehabilitation after being injured by a hit-and-run driver. She sustained a compound pelvic fracture and several contusions and abrasions. Ms. Reynolds has not had regular medical care for several years. She’s 5’3″, weighs 185 pounds, and has thinning gray-brown hair. Her skin is dry and rough, and she says she frequently feels cold. Ms. Reynolds looks much older than her stated age and has little interest in anything except sleeping. When she talks to you, her voice is hoarse and her speech is slow. She is constipated. Ms. Reynolds’ vital signs are: heart rate 56 beats/minute, blood pressure 143/82 mm Hg, temperature 97.4° F (36.3° C), and respiratory rate 14 breaths per minute.

As an inpatient rehab nurse working with Ms. Reynolds, you observe her lack of energy, mental state, and aged appearance. All of these findings are attributable, you reason, to her recent trauma and the effects of homelessness. But after reading this article, you should also think about hypothyroidism as a potential source of her signs and symptoms.

Hypothyroidism, also known as myxedema, is second to diabetes mellitus as the most common endocrine disorder in the United States. It’s six times more likely to occur in women than men and is more common in older people. About 10% of women over age 60 have subclinical hypothyroidism. Because it affects all of the body’s systems, mimicking many other disease processes, hypothyroidism can be overlooked as an explanation for a patient’s clinical presentation. This article reviews the pathophysiology of hypothyroidism, as well as its causes, symptoms, diagnosis, treatment, and nursing care.

The thyroid’s main job is as master regulator of metabolism. It’s located in the front of the neck, below the larynx and in front of the trachea. It has two lobes, giving it a butterfly shape. The thyroid produces two hormones, thyroxine (T4) and triiodothyronine (T3), by extracting iodine from the blood. Thyroid cells are the only cells in the body that absorb and use iodine. Every cell in the human body relies on T3 and T4 to manage its metabolism.

To regulate T3 and T4 production, the thyroid works in a feedback loop with the hypothalamus and the anterior pituitary gland, which is called the hypothalamic-pituitary-thyroid (HPT) axis. (See Understanding the HPT axis.) 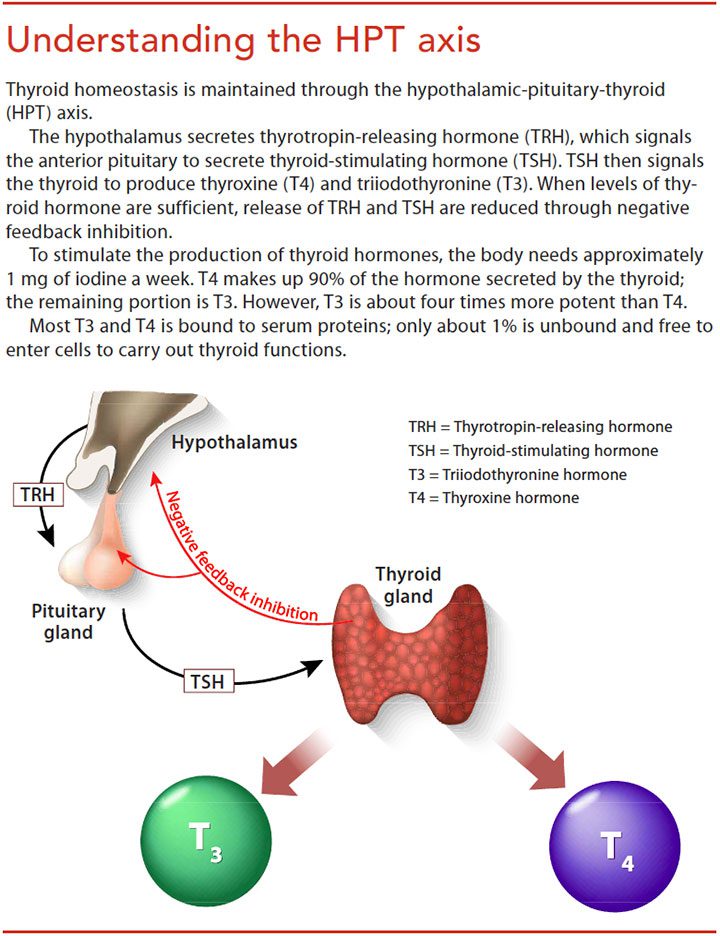 A rare outcome of hypothyroid­ism is myxedema coma, which is severe physiologic decompensation that can lead to death. Myx­edema coma is a true medical emergency with a high mortality rate, but with iodized salt and improved medical surveillance, the annual incidence is only 0.22 per million population.

Ms. Reynolds’ skin is pale and cool, which is common in patients with hypothyroidism. Because the turn­over of new cells is delayed with slowed metabolism, her skin has a characteristic dry, rough quality. Ms. Reynolds’ face is puffy, and her voice is hoarse because of tongue enlargement. She has coarse, thinning hair, brittle fingernails, and periorbital edema. These are all findings associated with hypothyroidism.

People with hypothyroidism experience a slowing of metabolic processes, which can result in fatigue, slow speech, constipation, cold intolerance, weight gain, bradycardia, and decreased deep tendon reflexes. One study showed the most common symptoms are tiredness, dry skin, and shortness of breath. The signs of hypothyroidism are numerous, often subtle, and not specific to hypothyroidism. (See Rec­ognizing hypothyroid symptoms.) 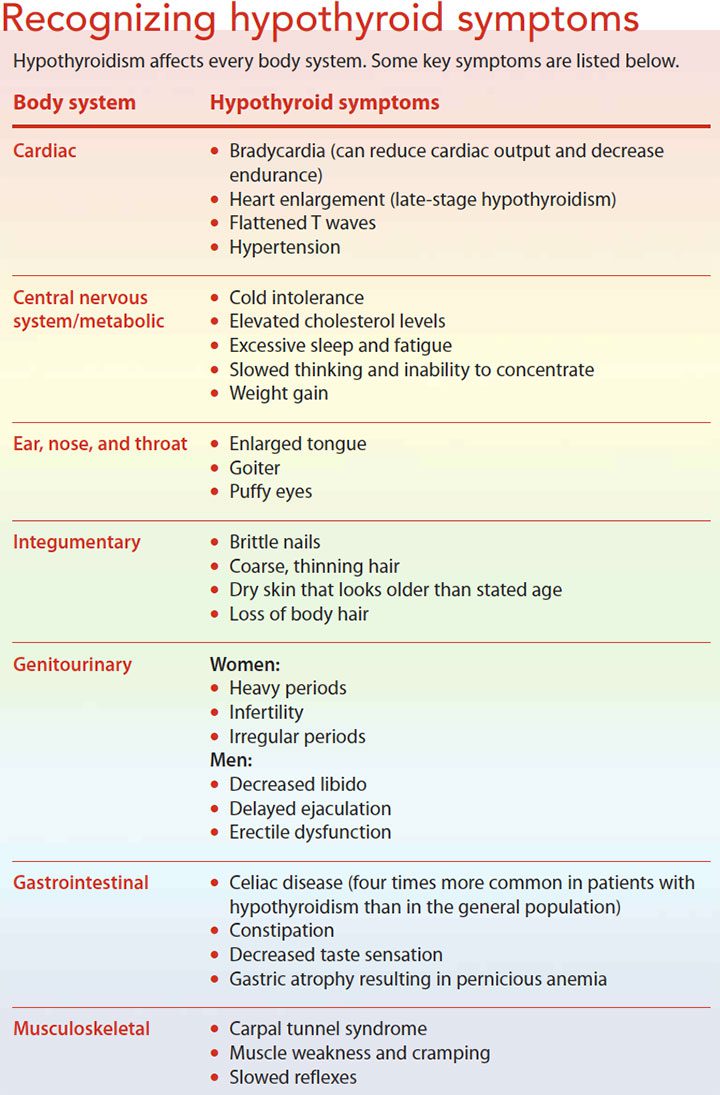 Hypothyroidism can masquerade as vitamin B12 or D deficiency, iron deficiency, chronic kidney disease, obstructive sleep apnea, or viral infections, such as mononucleosis. Because symptoms overlap with so many other conditions, diagnosing hypothyroidism based on clinical presentation alone is not possible; laboratory testing is required.

Fortunately, we can measure thyroid hormone levels in the blood and pinpoint a diagnosis. As a nurse, you can expect orders for lab draws of serum thyroid-stimulating hormone (TSH) and possibly free T4. (Free T4 is not bound to protein, so it can be used by the body.) You’ll want to be able to understand and explain the purpose of these lab tests to your patients.

Hypothyroidism is treated with synthetic T4 (levothyroxine), which is available in tablet, soft gel, and liquid form, although tablet is the most common. Studies show no benefit to taking both T4 and T3, since T4 is converted to T3 in the peripheral tissues. Generic and proprietary formulations of T4 are equally effective, but switching back and forth isn’t recommended. Patients remain on thyroid monitoring and supplementation for life.

Teach patients about the many drug interactions with levothyroxine and about the importance of establishing a daily routine to help maintain even hormone levels. Levothyroxine should be taken on an empty stomach with water, at least 1 hour before eating. Even coffee has been shown to interfere with the absorption of T4. And levothyroxine is incompatible with many other medications, so it should be taken alone. Medications that bind with levothyroxine and reduce its bio­availability include bile acid sequestrants (such as sevelamer), calcium supplements (including calcium acetate, carbonate, and citrate), aluminum, magnesium, lanthanum, and simethicone.

Taking levothyroxine with anticoagulants can increase the effect of anticoagulants. With some medications, such as antacids, advise patients to allow 4 to 6 hours to pass between taking each medication.

Although patients are traditionally instructed to take levothyroxine first thing in the morning on an empty stomach, a randomized double-blind study showed that taking it at bedtime results in better absorption. This schedule change may be particularly helpful for patients who take many medications in the morning that are incompatible with levothyroxine.

After beginning levothyroxine, symp­tom improvement can take up to 6 weeks, and dosing may need to be titrated, which is usually done at 3- to 6-week intervals. Patients should begin to feel a restored sense of energy, improved cognitive function, thickening of hair, and other symptom improvements.

You suggest to Ms. Reynolds’ pro­vider that perhaps she has hypo­thyroidism. TSH and T4 levels are ordered, and your suspicions are confirmed—her TSH is 7.5 mlU/L and her T4 level is 3.9 mcg/dL. Levothyroxine is ordered. Over the course of the next 2 weeks of her rehab, Ms. Reynolds begins to feel more energetic and involved in her care, she’s more alert, and she’s willing to talk with a caseworker about transitional housing. Your astute call enabled her to get the treatment she needed to improve her quality of life.

Dorothy Moore is a staff nurse at Kaiser Permanente Emergency Department, in Oakland, California, and an adjunct lecturer at California State University in Hayward. 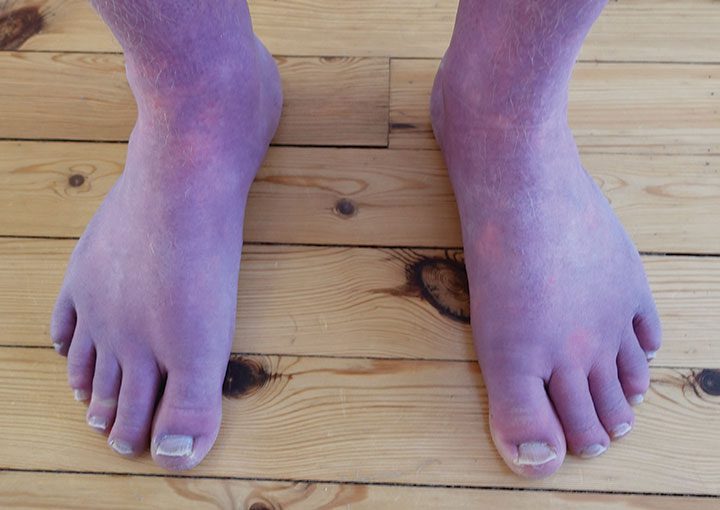 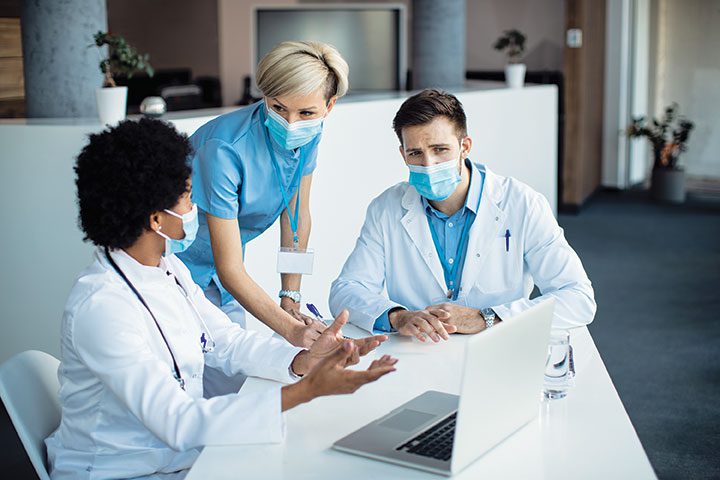 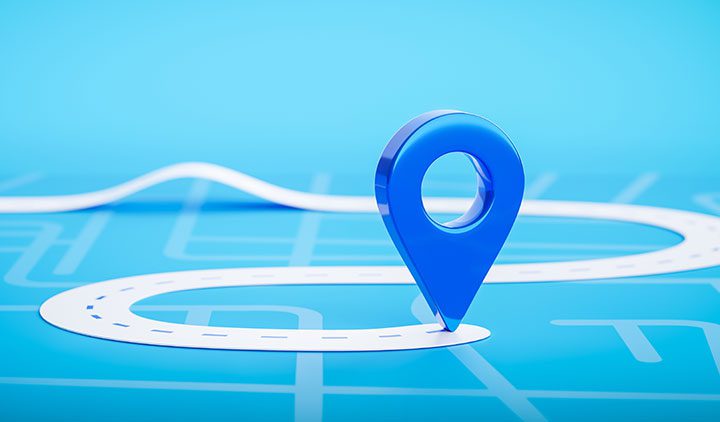 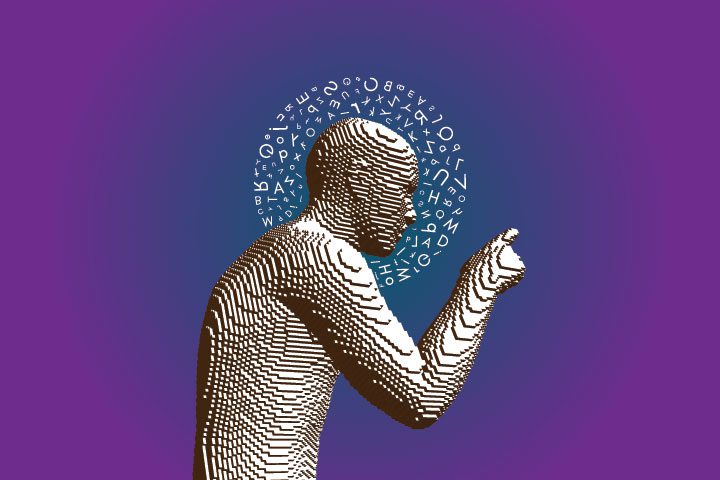 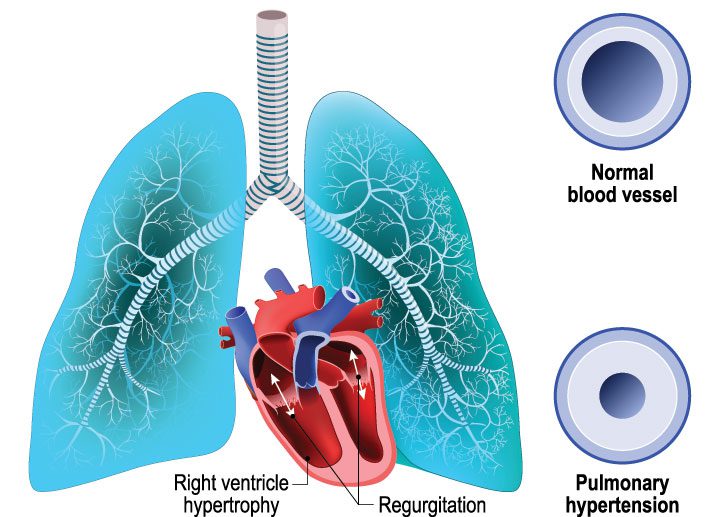 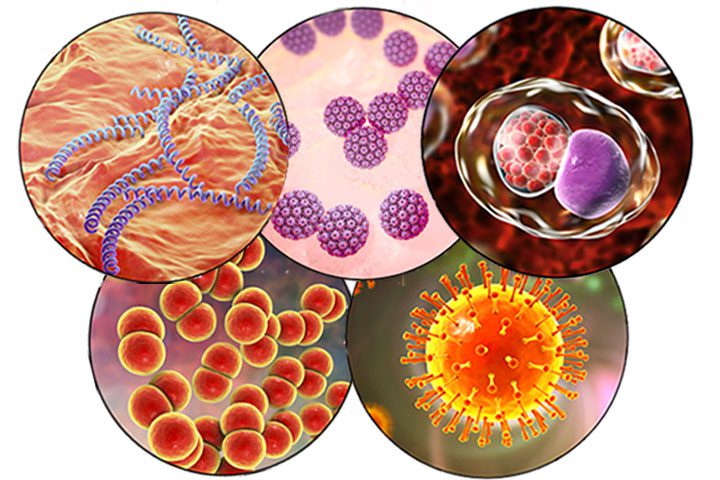 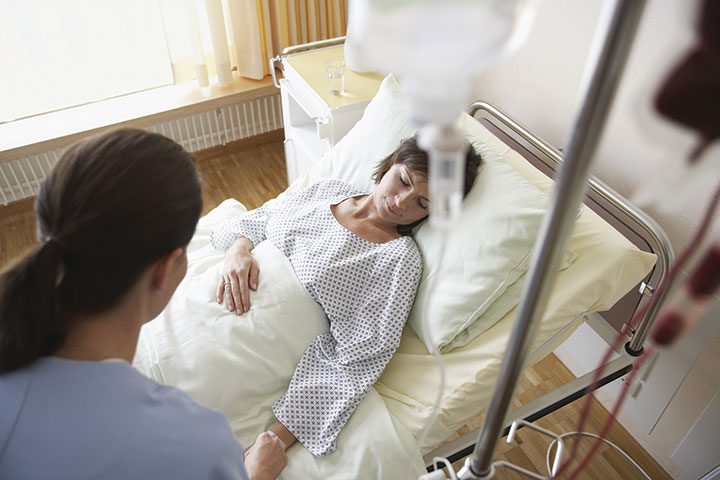 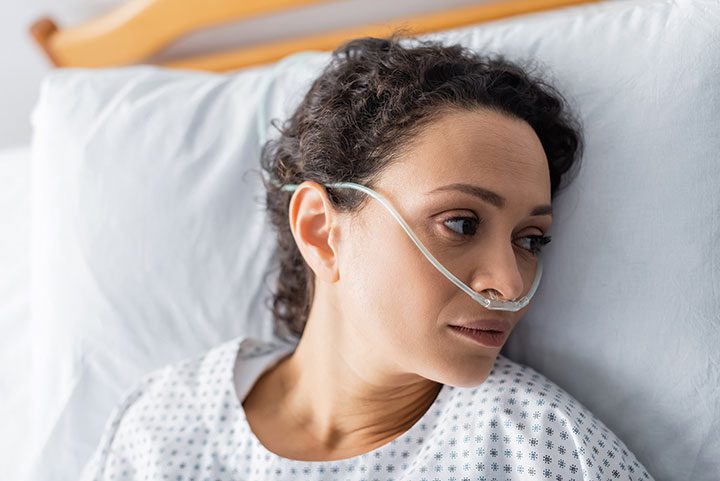 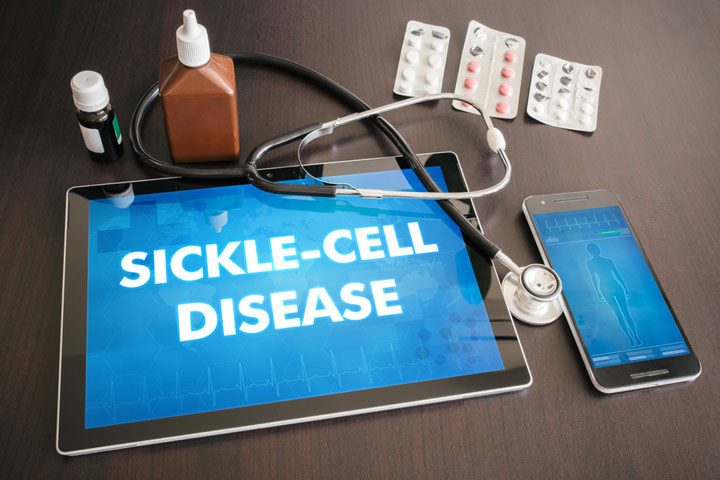 Sickle cell crisis in the ED 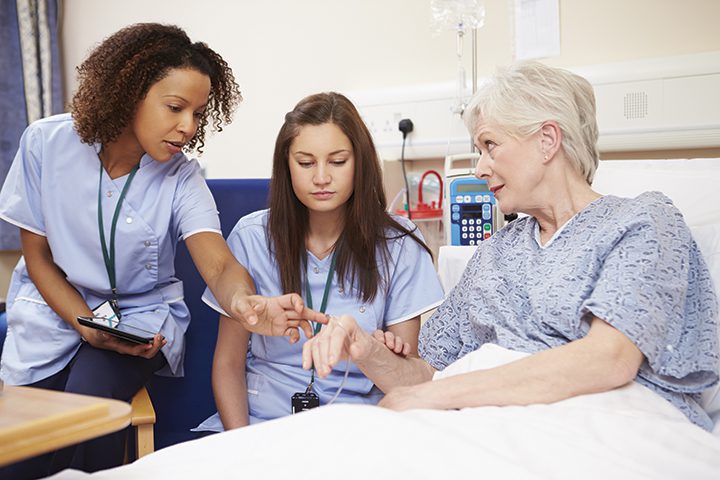 How to be a good preceptee 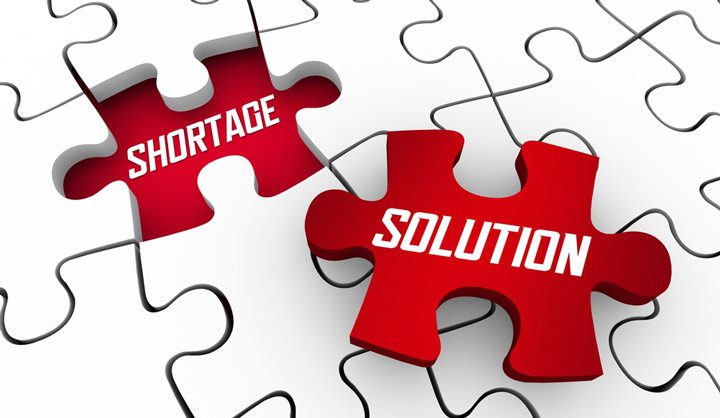