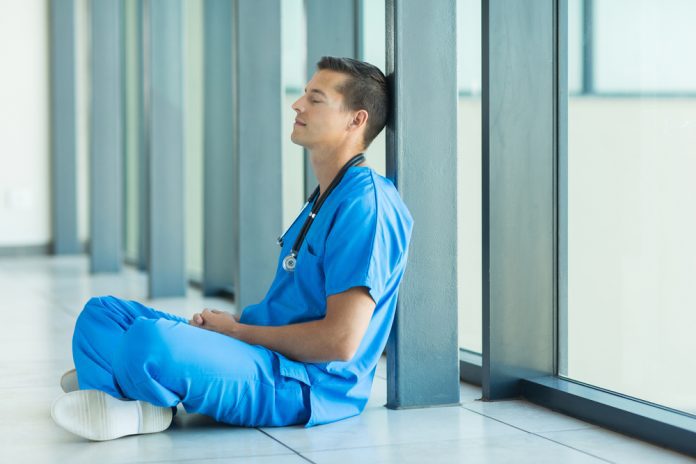 “Relax” is sometimes easier to say than to do. As an ED nurse I have managed to elicit anger and frustration from patients and coworkers with this single word—it was as though I were suggesting something harmful or nonproductive. “Relax” is often associated with a negative connotation, with people perceiving it as an insult to their reactions and scornful of the situation. They may view relaxing as more detrimental than the original problem itself. Perhaps it’s a misunderstanding of the word or a misconception of a person relaxing that makes some feel insecure and defensive. It seems it would be more acceptable to tell someone to panic and exacerbate the circumstances than to merely relax—but why?

In the last few years, I have heard nurses take offense to other well-meaning terms such as lunch breaks, coffee breaks, and bathroom breaks. As though their time were so limited, they couldn’t afford to waste such a precious commodity on going to the restroom. I often wonder if it would make me sound like a more heroic nurse if I gave report and explained to the next nurse that I held my breath during the entire shift or if I would sound just as silly as they do when they brag about not having time to eat or go to the bathroom.

I often hear people ask, when do I have time to write or run? As though I were granted more time in the day then they were. I choose to spend my time doing the things that are valuable to me and help me accomplish my goals. Although the races are cancelled this year, I’m still training for my next ultramarathon and will continue to train, despite the recent challenges. Furthermore, the most important element in any training program is the rest phase, where the body is given time to adequately heal and recuperate. Each successive long run requires a period of rest. There is nothing lackadaisical about taking a nap after a 20-mile run. Likewise, there is nothing unproductive about resting.

Under stress, the fight-or-flight response is modulated by the sympathetic nervous system, which releases adrenaline to allow the heart to speed up, delivering more blood to the vital organs and allowing the lungs to begin rapidly ventilating the blood racing through the body. However, as the blood is shunted to provide greater blood flow to the most critical organs, so are the individual’s actions. An untrained individual under extreme stress performs only elementary functional tasks as their main objective is merely survival. ED nurses must perform complex tasks under intense stress, something our bodies aren’t designed to do and we must perform them well.

In the Army, we learned to complete complex tasks in a very methodic manner. Remaining calm and collected while the maleficence caused by explosions and gunfire interrupt the task at hand is a learned skill. You can force your body to remain calm by slowly inhaling for 5 seconds, holding and bearing down for 5 seconds, and slowly exhaling for 5 more seconds. Doing this exercise five times in a row will decrease the stimulation of the heart, slow down the adrenaline rush, and allow you to regain control of the fight-or-flight response by stimulating the parasympathetic nervous system. Ultimately, you’ll be able to maintain operational integrity and get back in the fight while keeping a clearer, calmer mind.

So go ahead, relax.