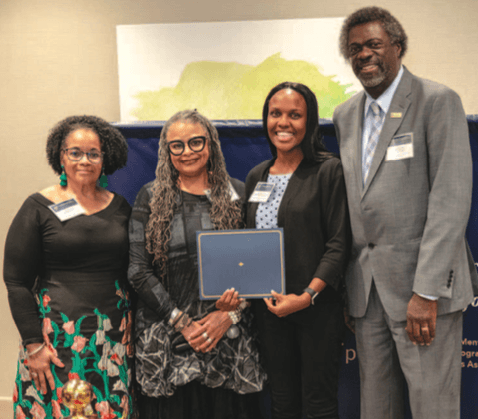 The MFP at ANA provides financial and academic support and mentoring to fellows who attend nursing schools throughout the United States. More than 400 doctoral and master’s MFP at ANA Fellows have graduated and become successful leaders in psychiatric mental health nursing as clinicians, educators, researchers, and policymakers.

The 2019 ITI was a collaboration between the MFP at ANA and the Center for Indigenous Nursing Research for Health Equity (INRHE) at Florida State University, led by John Lowe, PhD, RN, FAAN, immediate past chair of the MFP at ANA National Advisory Committee and executive director of INRHE. More than 80 current master’s and doctoral fellows, alumni, National Advisory Committee members, ANA and Florida Nurses Association presidents, and leaders from INRHE and Florida State University attended.

Highlights from the training, “National dialogue on race and racism: Its impact on ethnic/racial minority behavioral health disparities,” included panel participation by ANA President Ernest J. Grant, PhD, RN, FAAN, the first man elected as ANA president, who is also an African American; interactive sessions designed to facilitate dialogue on race and racism; and a community activity focused on indigenous medicine, as well as other Native American environmental and cultural perspectives.

In addition, three fellows were awarded the Susan B. Robinson Doctoral Research Scholarship of $2,000 each, and three fellows were awarded the Faye A. Gary Leadership Award at $2,000 each for their focus on clinical practice and quality improvement. The awards were made available through donations recognizing the contributions and visionary leadership of past MFP at ANA Directors Hattie Bessent, EdD, RN, FAAN, and Faye Gary, EdD, RN, FAAN.