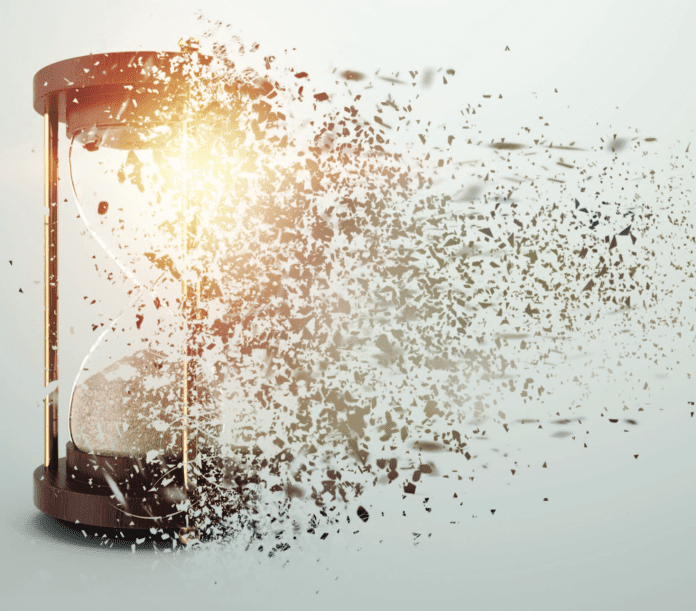 Virtually every nurse has experienced or witnessed some degree of workplace violence. For Donna Fountain, PhD, RN, the first incident occurred many years ago when she was a student nurse.

“I remember the incident like it was yesterday,” said Fountain, co-chair of the American Nurses Association’s (ANA) #EndNurseAbuse professional issues panel steering committee and New Jersey State Nurses Association member. “It happened during a therapeutic intervention with a resident who was psychotic and experiencing delusions. Everything seemed to be going all right until he suddenly leaped across the table and started choking me. Immediately five big men [male staff] grabbed him, put him in a straitjacket, and sedated him.” 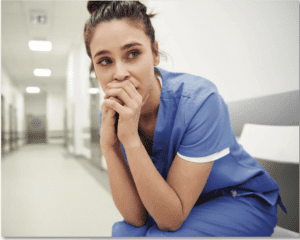 Steering committee member Frank Korn, MBA, BSN, CPPS, CPHRN, recalled being on the receiving end of another type of workplace violence when working at a Massachusetts hospital.

“Security received what they believed to be a credible threat from a former patient against me and the unit,” said Korn, who now works in risk management. “The unit was put on lockdown while a search for the former patient was conducted.”

Steering committee co-chair Donna Zankowski, MPH, RN, FAAOHN, also has been harassed, cursed at, and hit during her long career as a nurse. But it wasn’t until she delved into the effectiveness of workplace violence prevention programs during an internship with the Occupational Safety and Health Administration (OSHA) that she saw the vastness of the problem within healthcare.

Fountain, Korn, and Zankowski are among the nurses nationwide who have joined with ANA to put an end to workplace violence and advocate for the implementation of effective practices and policies to address this common hazard in all its forms and in all healthcare workplaces.

ANA has long been a strong advocate for workplace violence prevention and the association ramped up its efforts in late 2017 with its #EndNurseAbuse initiative. This campaign was prompted by a rise in violence against nurses and the forcible arrest of Utah nurse Alex Wubbels, RN, by a police officer who was trying to obtain an illegal blood draw from an unconscious patient. Captured on video, her arrest gained national attention and illuminated the violence RNs and other healthcare staff face.

The #EndNurseAbuse initiative encourages individuals to sign a pledge that calls for supporting zero-tolerance policies for violence against nurses and reporting abuse against nurses when one safely can. So far, nearly 22,500 have taken the pledge.

Subsequently, ANA convened an #EndNurseAbuse professional issues panel, which was tasked with identifying barriers to reporting and developing strategies to address them. Ultimately panel members produced the 2019 issue brief, Reporting Incidents of Workplace Violence, and a practical resource guide, which includes strategies to stop violence, respond to an incident, and follow up after an incident occurs. (See insert in this issue.) Leading the panel’s work was a steering committee composed of 18 nurses from around the country; about 250 other nurses participated in an advisory committee.

“How can you be engaged in providing high-quality care if you are in fear? And that violence can come from anybody—patients, visitors, nurses,” said Fountain, who led the development of the issue brief. “As a panel, we knew that workplace violence is grossly underreported. We wanted to look at barriers to reporting and help nurses overcome them.”

Korn agreed, adding that employers tend to deal with major events, such as lockdowns and those that gain extensive media attention, but verbal threats and the violent incidents that nurses face day to day go unaddressed.

Said Zankowski, “We tend to minimize it to each other and to ourselves. As nurses we have so much empathy that we focus on what we see as intent – [the patient] didn’t mean to hit me, he was just confused.

“If we worked in any other field, we’d banish the idea that it’s normal to be hit and cursed at and assaulted. We need to report any type of violence and let someone else figure out the intent.”

And by reporting every incident and threat of workplace violence, more data can be collected to bolster the need for and efficacy of policies and practices, according to Zankowski.

Among the barriers to reporting the panel identified were:

The panel also noted that no national standardized reporting system exists. And only a handful of states have enacted workplace violence prevention and management legislation, which means that nurses who experience violence must follow the processes that are in place in their healthcare setting.

Steering committee co-chair Zankowski said that some facilities have robust reporting systems, while others don’t. “Reporting is one thing every nurse can do,” she added. “But it takes an act of bravery. We need to work together so that worker safety is viewed on the same level of priority as patient safety.”

In its recommendations, the panel called for a multifaceted strategy to combat this workplace hazard. One recommendation is for OSHA to establish a unified standard for employers in healthcare and social assistance settings to prevent the frequency and severity of workplace violence. This recommendation also is at the heart of ANA-supported federal legislation, the Workplace Violence Prevention for Health Care and Social Service Workers Act (H.R. 1309/S. 851), which continues to gain sponsors through the ongoing advocacy of ANA and nurses nationwide.

The issue brief reemphasizes employee- and employer-focused strategies, developed by an ANA panel in 2015, to address workplace violence in terms of primary, secondary, and tertiary prevention that can be addressed in an OSHA standard. Strategies listed under primary prevention—stopping violence before it occurs—involve employees actively participating in developing violence prevention programs and policies, as well as gaining awareness and knowledge of environmental controls. Employer strategies include ensuring optimal staffing levels and committing and supporting a nonpunitive work environment.

Secondary prevention addresses immediate and effective responses to violence. Employees, for example, should be able to use crisis intervention and management strategies, and to report any concerns about weaknesses in the system. Employers should ensure serious treatment and investigation of all reported cases of workplace violence.

Under tertiary prevention—reducing the long-term negative and rehabilitation consequences of workplace violence—employee strategies include participation in post-incident meetings and debriefings, as well as using counseling and employee assistance program resources after an incident. Among the recommended strategies for employers is conducting a root cause analysis following a violent event.

Korn noted that these recommendations are applicable to all practice settings. (The strategies can be found in ANA’s position statement, Incivility, Bullying and Workplace Violence.) 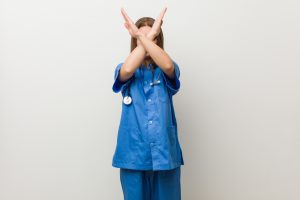 A pocket resource and support for all

Zankowski led the panel’s effort to create the #EndNurseAbuse resource guide, a tri-fold brochure, which reminds nurses to report every incident every time. It provides information on what to include in a report, such as the type of violence, where and when it occurred, any preceding factors, and injuries sustained. It also addresses response strategies, such as initiating safety protocols, using barriers for protection, and de-escalating when possible, along with other useful information.

Panel members also pointed out how critical it is to view any violence as unacceptable.

“There’s generally no mention of abuse or incivility during employee orientations,” said Maryann Marshman, BSN, RN, an #EndNurseAbuse advisory committee member and ANA-Massachusetts member who has been affected by workplace bullying. “Employers have to understand that they will continue to lose nurses if they don’t address all types of workplace abuse and violence. No one should be thinking, ‘Please let me get through the next 8 hours without an incident.’ The safety and well-being of every nurse in every role and setting is important. And when the surge of nurse retirements comes, we are going to be in big trouble.”

Cheryl Cosgrove, MN, RN, CEN, an ICU-CCU staff nurse and member of the Oregon Nurses Association (ONA) Cabinet on Health Policy was among the many nurses behind the successful passage of the Oregon Healthcare Worker Protection Act, which Gov. Kate Brown signed into law in June. It substantially strengthens a 2007 law, which required healthcare facilities to implement strategies that protected healthcare workers from acts of violence.

“We worked for several years to bring all the [healthcare] players to the table to put together comprehensive workplace violence legislation that we all could support,” said Cosgrove of the new law. “Having this stronger law in place is good for bedside staff, as well as patients and their families.”

The new measure closes gaps in reporting to ensure workplace violence programs are effective and safeguards employees against retaliation. It also institutes a timeline for healthcare employers to conduct a comprehensive review of violence prevention plans using recognized evidence-based standards.

ONA also was part of the Oregon Workplace Safety Initiative, which helped inform the development of a Workplace Violence Toolkit that offers clear guidance on how to develop, assess, and improve violence prevention programs.

“This toolkit can help facilities develop their own workplace violence prevention program without having to start from scratch,” said Cosgrove, noting that it was piloted by big urban hospitals as well as small 25-bed critical access facilities.

In Maryland, Zankowski is coleading an MNA and Maryland Hospital Association effort aimed at developing best practices that can be used statewide to prevent workplace violence.

Korn emphasized that all employers around the nation must see that keeping staff and patients safe is a basic tenet of a culture of safety, and reporting must be part of that culture.

Fountain added that it’s important for all nurses, including leadership, to be proactive in ensuring their workplaces implement zero-tolerance policies, and that everyone role models civility.

“Nursing is a huge responsibility,” Marshman said. “You can’t do your best for others if the work environment is not safe and supportive.”