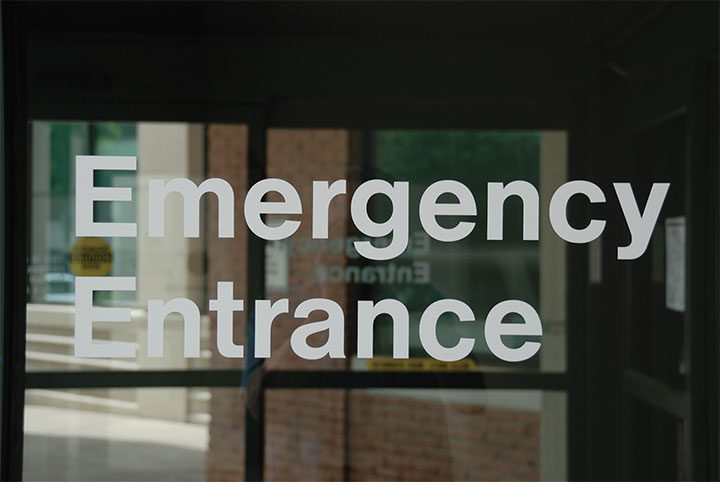 Healthcare facilities are a microcosm of society, where like the general population, patients, family members, and visitors can have financial difficulties, violent histories, and poor coping skills, as well as struggles with behavioral health and substance use disorders. Add in pain, fear, and interventions involving physical contact, and these factors can create the perfect storm for violence against nurses and other healthcare workers. 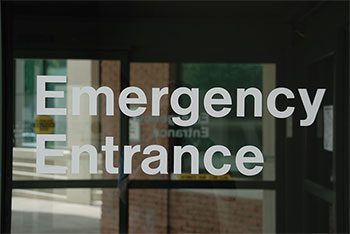 “Also, any dynamic or condition that destabilizes [the environment] can lead to workplace violence—understaffing, long wait times, overcrowding, and factors that affect communication,” Wolf added.

The persistence—and some say increased—incidents of violence within healthcare settings has led ANA, specialty and state nurses organizations, and other stakeholders to renew their call for the implementation of effective strategies and policies that address this hazard without further delay. And they want this problem to be treated with the seriousness it deserves for the safety of nurses, patients, and communities. ANA is encouraging nurses to add their names to #EndNurseAbuse, which calls for zero tolerance when it comes to abuse against nurses, reporting abuse when it occurs, and asking others to sign the pledge. Utah Nurses Association member Alex Wubbels, RN, is helping to lead this initiative. Additionally, ANA is working to bring together nurses, other healthcare stakeholders, and consumers to determine ways to systematically reduce the incidence of violence and abuse within health care. A key area of their focus will be barriers to reporting violence.

Under the public radar

Periodically, violent assaults against nurses make headlines. In 2017 alone, a jail inmate who was being treated at an Illinois hospital reportedly took two nurses hostage at gunpoint and brutally assaulted one; a patient at a Massachusetts hospital was charged in the near fatal stabbing of an emergency department nurse; and, as captured on a video that went viral, Wubbels was violently arrested by a Salt Lake City police officer when she refused to allow an illegal blood draw from her unconscious patient. 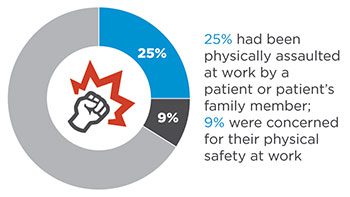 Beyond the headlines, nurses routinely face verbal and physical violence, such as spitting, punching and kicking, as they try to provide care to their patients. Research and surveys bear that out.

For example, in a 2015 research article, Lisa Pompeii, PhD, RN, and her colleagues concluded that patient/visitor-perpetrated violence (type II violence), including physical assault, physical threat, and verbal abuse, was pervasive among healthcare workers in the six U.S. hospitals they studied. Specifically, 50.4% of those surveyed experienced type II violence in their careers, with 39% reporting at least one violent event in the prior year. In all, “2,098 workers reported being physically assaulted 1,180 times, physically threatened 2,260 times, and verbally abused 5,676 times” in the previous 12 months. 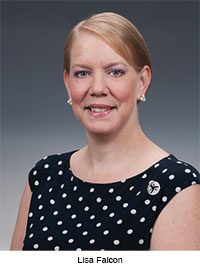 Throughout her career, Falcon has experienced workplace violence while working with geriatric patients with altered mental statuses, and has known colleagues who’ve been subjected to violent incidents.

“During the first incident, I was kicked in the chest with such force that I was thrown back against the wall,” said Falcon, who also is director of the American Association of Critical-Care Nurses (AACN) Certification Corporation board of directors. “After I caught my breath, I was in disbelief that the frail, sweet lady I had taken care of for hours had the power to kick me across a room. It was early in my career and the first time I realized the potential for nurses and others to be hurt at work as a result of aggressive behavior from patients.”

She also has been hit in the face with a telemetry pack, and, while attempting to prevent a patient from falling, jabbed with scissors. Those incidents, said Falcon, taught her to be more alert to subtle changes in patients’ behaviors that can lead to aggression.

Falcon said that she also considers herself fortunate to work in an environment that has a leadership team and culture that supports true collaboration and effective decision-making, and where bedside nurses are actively involved in addressing issues, including leading teams focused on mitigating workplace violence.

Not part of the job

Although no healthcare setting is immune from violence, EDs and mental health facilities are two high-risk areas. 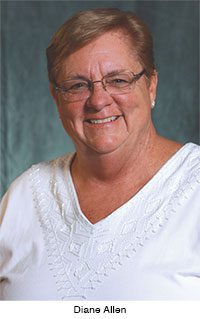 Diane Allen, MN, RN-BC, NEA-BC, has seen a rise in violence in both society and in inpatient psychiatric settings. “We’re seeing more people coming from the criminal justice system with histories of violence and substance use disorders,” said Allen, assistant director of nursing, acute psychiatric services at New Hampshire Hospital in Concord, about potential contributors to workplace violence.

Added Richard Ray, MS, RN, PMH-BC, a primary nurse coordinator at Northwestern Memorial Hospital in Chicago, “Often we [mental health facilities] are pushed to discharge patients back into the community more quickly than 15 or 20 years ago. Because many of these patients also have fewer outside supports, they are often readmitted and their symptoms have worsened.”

That said, Allen described a “tradition of toughness” in psychiatric settings where workplace violence can be considered just part of the job. “It’s something we really need to change,” said Allen, chair of the council for safe environments of the American Psychiatric Nurses Association (APNA), an ANA organizational affiliate. “It turns away nurses with bright minds who are interested in helping people—not getting hurt.”

Allen has been helping to lead that transformation at her own hospital and across the state. Several years ago, she launched the Staying Safe program to address an increase in assaults and injuries against direct care employees.

Nurses and other staff were being injured when they tried to physically intervene in dangerous situations by themselves. The Staying Safe program emphasizes getting help and having a clear plan before physically intervening or delivering bad news, and considering staff safety as well as patient safety.

“We told staff that they are not expected to be superheroes,” Allen said. Results from the program show that the number of assaults and staff injuries have steadily decreased while calls for help have increased. 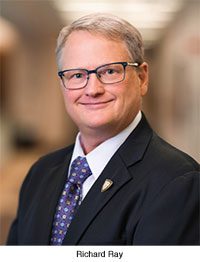 Ray, associate chair of APNA’s council for safe environments, emphasized that another strategy to prevent violence is to avoid initial conflict through effective patient engagement and treating patients with dignity and respect, and not trying to control them. “If they are agitated, what they really need is a place where they can de-stimulate,” he said. “Sometimes the best intervention is to leave the patient alone to self-soothe. Nursing interventions need to focus on meeting the patient’s needs and demonstrating that the nurse cares about the patient. This helps establish a relationship in which the patient understands that the nurse has his or her best interest in mind. When this relationship is established, de-escalation can be more easily accomplished when the patient becomes violent or agitated.”

Added Allen, “Nurses who become afraid of patients tend to think that being directive and putting on a façade of authority will make them safe. But sometimes expecting violence can lead to violence. What really keeps nurses safe is their ability to connect with patients and earn their trust.”

Other key strategies and messages

“Violence isn’t only related to mental health issues,” Allen said. “It’s prevalent in society, and we need to develop and fund resources to address it.” APNA’s position paper on violence prevention also notes that psychiatric-mental health nurses are well-positioned to identify risks, provide counseling and education, and work to change cultural norms related to violence, which in turn, will help “make the world a safer place to live.” 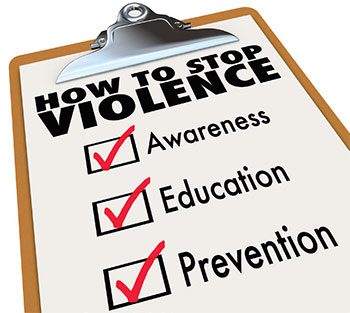 Pompeii, a member of the American Association of Occupational Health Nurses (AAOHN), also sees it as beyond a workplace issue, because violence does not occur in a silo. Hospitals and clinics serve communities— with all their inherent issues and potential for violence—and nurses interact within those environments 8 to 12 hours a day. Further, when a violent episode occurs, other patients and visitors can be negatively impacted.

Another critical strategy is education and training, according to nurse experts. These programs should help nurses identify high-risk patients, such as those who are intoxicated, and situations, such as numerous casualty events; recognize behavioral cues and precursors to violence; understand and ideally role-play de-escalation techniques; and learn to effectively communicate with patients who may be violent due to varying causes, such as dementia or substance use disorder.

ENA has a toolkit and other resources that can help nurses assess their individual units to determine the unique constellation of factors that can lead to and prevent violence, Wolf said. “When it comes to solutions, it’s not a one size fits all. Maybe it requires adding staff or making changes to the physical environment.”

Reporting incidents is crucial, as well. Nurses need to know when, how and where to report an abusive event or threat, Pompeii stressed. “Hospitals need to own this issue,” she said. They need to have policies that define workplace violence, support staff in preventing and reporting incidents, and ensure that there will be an investigation and follow-up to any incident.

Wolf added, “The dynamics of a workplace environment can make external [type II] violence more or less probable. Staff working in collegial and supportive environments share information about patient histories and current stays that can alert a nurse to incipient violence.”

Said Falcon, “It’s imperative that we continue to work collaboratively within our institutions to increase awareness of workplace violence, develop plans and processes to mitigate risks, and support our nurses and healthcare team members if they experience workplace violence.”