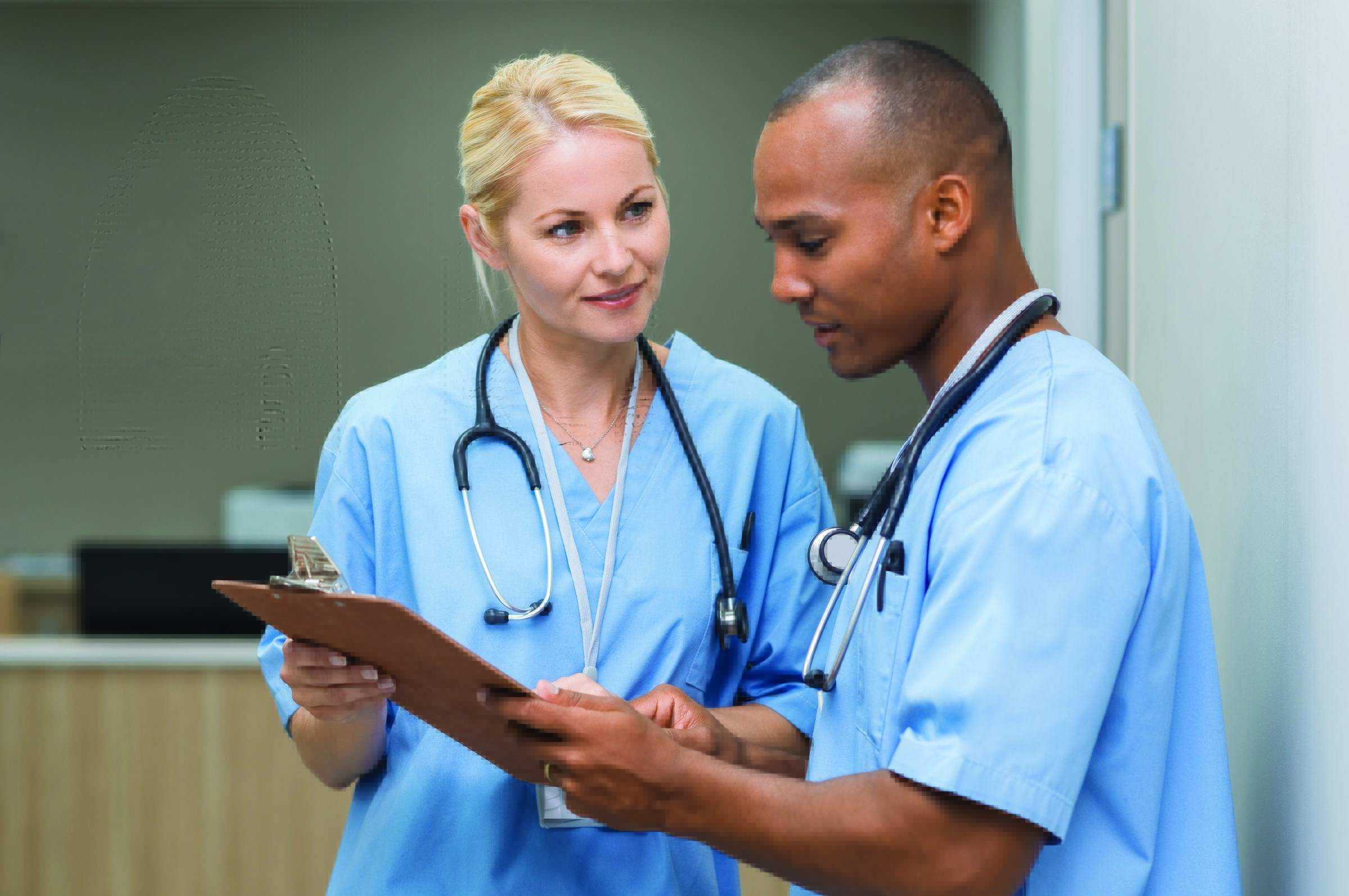 NICK is a new nurse learning his role as a bedside RN under the guidance of his preceptor. During a busy trauma patient resuscitation, Nick is listening to the report when he hears a team member state, “The I.V. is blown and we don’t have access.” Feeling more confident in his I.V. insertion skills, Nick pulls out an I.V. start kit and skin prep. As the resident physician begins her primary survey of the patient, Nick finds his way to the patient’s side and starts to clean the site. Nick feels a hand on his shoulder as a coworker stops him and says, “We don’t have time for that; just stick him.” Nick feels the pressure and tension grow as the physician says, “His pressure is low; we need fluids now!” Nick throws the skin prep to the side and inserts the catheter. Later, when the patient is transferred to the intensive care unit, Nick’s preceptor approaches him to discuss the situation.

This example demonstrates a scenario many preceptees encounter when the delivery of best practice collides with clinical urgency. Assuming that foregoing the skin prep was the “right thing to do” is an example of how workplace factors, like peer pressure and a change in the patient’s condition, can influence one’s actions. As a preceptor, you’re responsible for providing effective feedback and assessing the safety of the situation. However, you may struggle with the best way to provide feedback when errors occur.

Providing effective performance feedback is, in part, based on your ability to avoid attribution error—the human tendency to attribute motive and cause to a person’s actions and/or judgments. In other words, attribution errors involve creating “a story” when we don’t have the answers. In Nick’s case, the preceptor would make an attribution error if she attributed Nick’s actions to a lack of regard for policies or renegade tendencies. The reality is that unless the preceptor asks Nick about his actions, she won’t know what he was thinking and how that influenced his decision to abandon proper I.V. site preparation. The danger associated with attribution errors is that they can negatively impact your ability to fully and accurately assess a situation and provide meaningful feedback. Instead, reserve judgment and enter the conversation with an open mind.

In addition to awareness of attribution errors, a Just Culture framework provides preceptors with a nonjudgmental approach to assessing how errors occur. Taking into account that we’re all human and humans make mistakes, the Just Culture framework emphasizes a blame-avoidance, rigorous exploration of how people, process, and system practices can create an environment where unsafe behaviors emerge.

This approach is particularly important in nursing because the profession operates in a unique environment in which death can result from both errors and excellent care. This can create a challenge for preceptors who are responsible for coaching preceptees through situations where errors caused harm and then helping them recognize the events where, despite providing excellent care, the end was a negative outcome.

Human error occurs when someone inadvertently does something wrong. Maybe his or her focus has shifted from the task at hand or he or she feels rushed.

Scenario: Bryan is in a hurry at the end of the workday and sees a new order for a medication he gave once earlier in the shift. Attempting to get everything done for the oncoming shift, Bryan doesn’t notice that the new order includes a different administration route. Assumptions and time pressure lead to this new nurse performing only four of the five rights of medication administration and giving the medication incorrectly.

At-risk behavior occurs when the preceptee believes he or she is doing the right thing but unintentionally increases the risk for an error. Nick, for example, thought that inserting an I.V. as quickly as possible was in the patient’s best interest; he didn’t recognize that abandoning proper skin prep increased the risk for infection. The key is that although risky behaviors are chosen, the intent is to benefit the patient.

Scenario: Cara is a new nurse. Her patient is hypotensive but her attempts to reach the physician are unsuccessful, the preceptor is off the floor, and other team members are busy with a new admission. Cara decides to treat the patient without guidance from seasoned staff and administers a fluid bolus, not recognizing that this may complicate the patient’s heart failure. Cara’s desire to provide appropriate, timely care overrules the need for experienced team member assistance.

Reckless behavior occurs when a person makes a conscious decision to ignore a norm, best practice, or policy and takes an unjustified risk. In these situations, the person knowingly violates the rules and makes a decision with little or no concern for risk.

Scenario: Lauren asks a colleague to co-sign a type and cross specimen while they’re at the nurses’ station. Lauren is making a reckless choice to disregard the hospital’s policy of obtaining signatures at the bedside. In addition, she’s intentionally jeopardizing her co-worker by asking him to participate in this risk-taking behavior and creating an unsafe situation for the patient.

When an error occurs, don’t jump to conclusions; instead, channel your inner Sherlock Holmes and use Just Culture to systematically evaluate where the break downs occurred. Is the issue related to human error, at-risk behavior, or reckless behavior? When your evaluation identifies human error, preceptee discussions can include dialogue about presence and focus and how multitasking can lead to lack of concentration and errors. If you identify at-risk behaviors, the preceptee may need help developing critical-reasoning skills and recognizing how certain behaviors fueled by “doing the right thing” can lead to negative outcomes. In some cases, at-risk behavior may require corrective action, which will be determined in conjunction with nursing leadership. When you encounter reckless behavior, avoiding the attribution error is critical, but if the preceptee’s actions demonstrate an unjustifiable risk, the unit manager will determine the corrective action according to hospital policy.

Brenda, a nursing student on a busy med-surg floor, is on her twelfth shift with her preceptor Carlos. She’s feeling more confident in her nursing skills and has just accepted a graduate nurse position on the floor. Brenda is growing more comfortable with Carlos, who is allowing her more opportunities as they work together.

Brenda sees an order in the electronic health record (EHR) for a tetanus diphtheria (tDap) subcutaneous vaccination for the patient in room 28. She has given this vaccination unsupervised before and is fairly certain she recalls the procedure. Brenda lets Carlos know that she’s ready to administer the medication. He pulls the tDap vaccine from the medication dispensing unit and hands it to Brenda saying, “I’ll be back in just a second.” Assuming this means it’s okay to give the medication, Brenda enters the patient’s room and administers the vaccination intravenously. When Carlos returns, he asks Brenda if she’s ready to give the vaccination. Brenda tells Carlos that she’s already pushed it and charted it in the EHR. Carlos asks Brenda what she means by “pushed” and Brenda explains that she administered the medication intravenously.

After ensuring the patient is safe, Carlos has a conversation with Brenda to help him understand what happened. Carlos is aware of the potential for attribution errors and starts the conversation by describing that the purpose of this blame-free discussion is to better understand what happened and to learn from it. Carlos then asks Brenda to walk him through what happened. As Brenda describes the situation, Carlos uses his body language to convey that he’s listening—he doesn’t read incoming e-mail or texts on his cellphone, he keeps his arms uncrossed, and he maintains eye contact with Brenda. Recognizing this is the discovery phase and that he may learn about process or system breakdowns that played a role in creating the error, Carlos withholds his views until Brenda finishes. 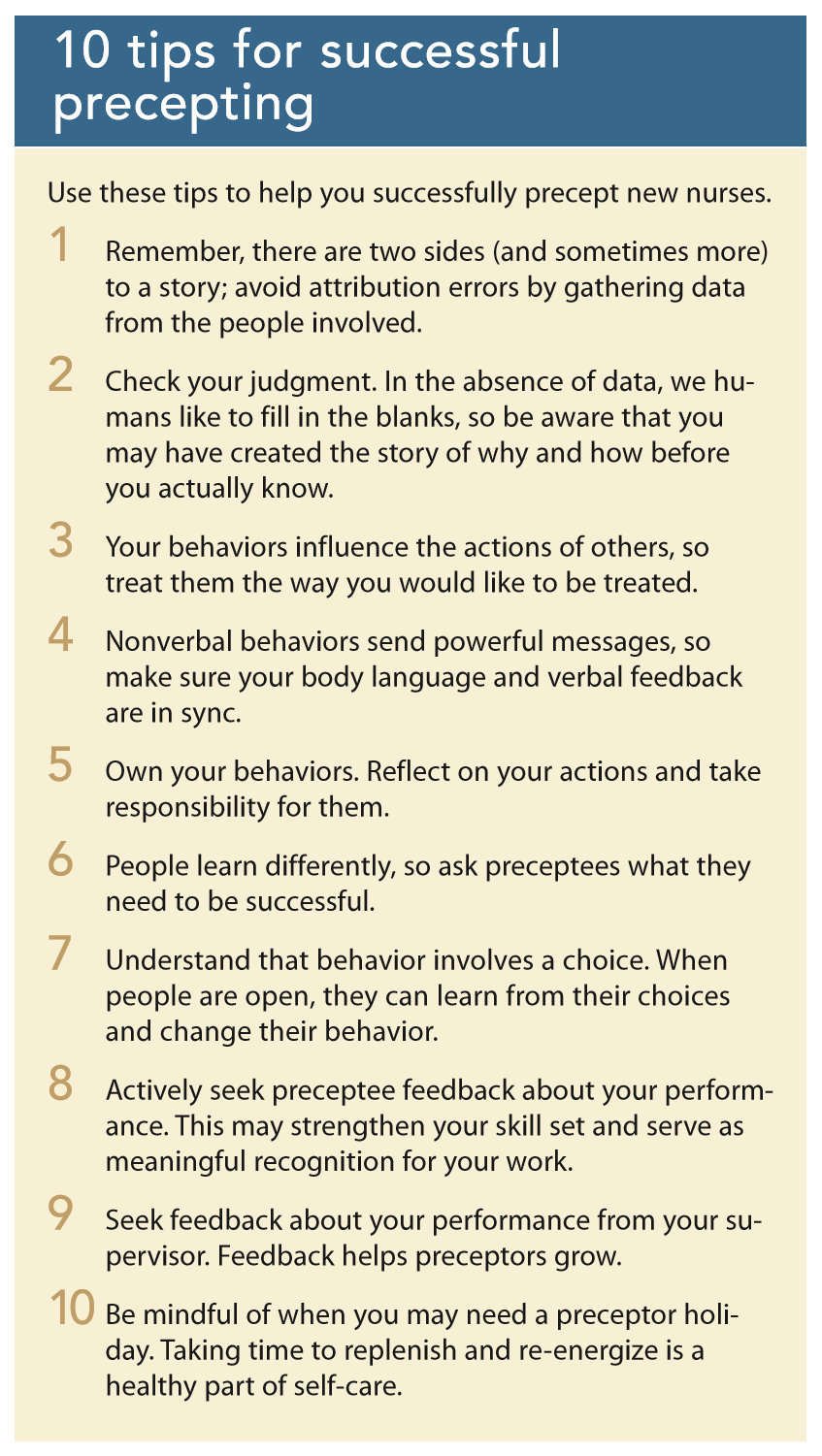 When Brenda is done describing the situation, Carlos provides blame-free feedback about what he just heard. He takes the opportunity to clarify points and ensures that he and Brenda both have the same understanding of what happened. Carlos learns that Brenda was aware that the patient has issues driving at night and had a 4-hour drive home. She wanted to get the medication to the patient quickly to avoid holding up discharge. Brenda heard Carlos say he would be back and thought that he meant that it was okay to give the medication. Brenda also acknowledges that she was thinking about a medication order for another patient and wasn’t concentrating properly on this patient.

Based on what Brenda has described, Carlos identifies this as an at-risk behavior error. Although Brenda didn’t clarify with Carlos that it was okay to administer the vaccine without him, this wasn’t a conscious effort to disregard best practice. Brenda thought she was doing the right thing by helping the patient get discharged quickly. Brenda’s inexperience and pressure to hurry were both factors in her decision to administer the vaccine.

The authors work at Barnes-Jewish Hospital in St. Louis, Missouri. Cindy Lefton is manager and researcher for patient experience in emergency services. Charlie Peterson is a clinical practice specialist in emergency services. Lefton also is vice president of organizational consulting at Psychological Associates.