When the culture of compassion fails in nursing 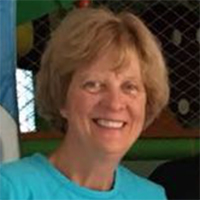 Is it incivility, horizontal violence, bullying, ageism, policy failure or racism? It’s difficult to comprehend the lack of compassion and humanness from one nurse to another. It happened to a nurse with a stellar reputation for over 45 years who was dedicated to her patients, profession, and staff around her.

One day this nurse was staring at the patient census board for longer than a couple of minutes.  Another nurse, who felt the action was “a bit off”, reported it to her nurse manager at the end of the shift. The nurse manager asked the nurse whose behavior was reported to sign for a drug screen. The nurse had no employee representation. Her immediate supervisor was not there, and no one followed the policy of the observation period asking this nurse if she had difficulty sleeping, was not feeling well, or if she was taking cold medications. Instead, she was made to believe if she did not sign the drug screen she would be fired. After signing, the nurse was escorted off the floor by security to an occupational health nurse who tested her for drugs and alcohol, all of which were negative.

Can you imagine the nurse’s embarrassment and disappointment after this experience? She was always early to work and had not missed a day of work in 5 years. She was psychologically shattered by the experience.

Where was the awareness of the suffering and concern for this nurse? As healthcare continues to advance and grow more complex with technology nurses must not lose the fundamental aspects of compassion.

The nurse was seen by her primary care NP who drew multiple blood tests that showed she was not only anemic, but hyponatremic. Her symptoms were inexplicable, and she took a medical leave. These symptoms remained persistent  for the next couple of months, and she would go from specialist to specialist trying to put together what was wrong with her. Her B12 level was only 74 pg/mL, and her sodium level was 124 mEq/mL. She was becoming forgetful. She was diagnosed with pernicious anemia, confirmed by gastroscopy biopsy.

She had inexplicable feelings of cold and sensations that frightened her. She was seen by neurologists, endocrinologists, nephrologists, and primary care physicians. This went on for 3 months before she experienced a grand mal seizure. She had been having seizures all along, confirmed by 48 hours encephalogram monitoring at home prior to her grand mal seizure.

The nurse was admitted to an acute care teaching hospital and as luck would have it, a neurologist who specialized in infectious disease was savvy enough to put together her symptoms and diagnose her with acute limbic encephalitis, confirmed by lumbar puncture and blood tests.

If the nurse manager had the competency, humility, candor, experience, education, and compassion to know that this nurse’s behavior was completely out of the ordinary, she would have been sent to the emergency department and possibly diagnosed and treated much sooner.

We have to be careful not to label someone over the age of 65 who may be vulnerable with a cognitive change or a decline in sensory abilities compromised by stress and illness. Nurse managers must not only be the agents of change but also be guided and motivated by compassion to teach their nurses to create an environment that is supportive, safe not only for their patients, but staff as well.

We owe it to our patients, staff and colleagues to be committed to have compassion and a humanistic approach. Sadly this does not happen as frequently as we would like it to occur. We need to be committed to treat others with respect and foster an environment of compassion. Is this not why we became a nurse in the first place?

This nurse was virtually erased, devalued and robbed of all integrity in her chosen profession. Her shock has not diminished and she never got to say goodbye with dignity and respect. At this time she continues to require continued treatment and care from her neurologist as she will be on CellCept and Keppra for 2 years to reduce the activity of her immune system.

Geraldine Mceachern has been RN for 45 years. For the past 15 years she has been a director of case management in various hospitals in the metro Boston area. She was a nurse manager in the coronary ICU at Boston City Hospital.  She advocates and navigates the healthcare system, assisting both her staff and patients alike by providing leadership, collaboration, and optimizing outcomes.

Years ago, when I was working at a community hospital, we decided to host a job fair because we were struggling with high vacancy...
Read more
Blog