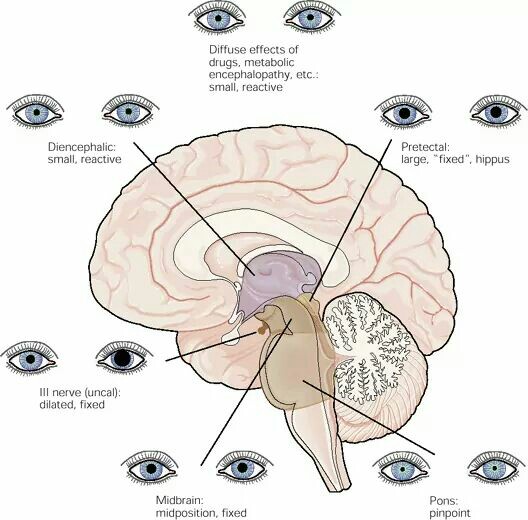 Assessing the neurologic status of unconscious or comatose patients can be a challenge because they can’t cooperate actively with your examination. But once you become proficient in performing this exam, you’ll be able to detect early significant changes in a patient’s condition—in some cases, even before these show up on more advanced diagnostic tests. Subtle changes in findings may indicate the need for further testing.

Before the advent of computed tomography (CT) in the 1970s, the neurologic examination was the main tool used to monitor a patient’s neurologic condition. Although it’s still an integral assessment component for critically ill patients, many bedside nurses overlook or underuse it. One reason may be that, unlike CT scans and other diagnostic tools, its results come in shades of gray, not black and white.

The neuro exam can be conducted quickly and is easy to integrate into your daily assessment. It starts the moment you meet the patient. Performing it early is crucial because this helps you establish a baseline for later comparison.

For accurate interpretation of assessment findings, nurses on the off­going and oncoming shifts should evaluate the patient’s neurologic status together during shift changes or care transfers (as well as with the medical team on rounds). Once you’ve completed the initial assessment, subsequent assessments can be either basic or more in-depth.

The type of neuro exam you conduct depends on whether your patient can follow commands. If she can, your exam can be more comprehensive and should include evaluation of:

If your patient can’t follow commands, you’ll be able to assess only the pupils, eye opening, motor response, and some of the cranial nerves. Yet despite the relative brevity of this type of exam, it can yield a significant amount of information.

As with any patient, give top priority to assessing the ABCs—airway, breathing, and circulation. Ask yourself: Is the airway patent? If so, is the patient able to maintain it?

Once you’ve established that your patient is stable enough to assess, begin the neuro exam itself. To determine if the patient is unconscious and unable to follow commands, use the Glasgow Coma Scale (GCS) to test eye opening, best motor response, and best verbal response. An unconscious patient is likely to open her eyes only in response to pain, if at all; obviously, you can’t test her best verbal response at all.

To assess motor response using the GCS, apply a painful or other noxious stimulus to a central part of the body; for instance, use trapezius squeezing, supraorbital pressure, earlobe pinching, or a sternal rub. (See Testing your patient’s response to pain.) Then watch for specific motor responses, as specified in the GCS. In an unconscious patient, the best response is localization, in which she reaches across the midline toward the stimulus site as though trying to stop the pain. In a semipurposeful (withdrawal) response, she recoils as though attempting to withdraw or escape from the pain.

Usually, a GCS of 8 or less indicates severe brain insult; the patient may be unable to maintain an airway, may require airway protection or even intubation, and may need to go to the intensive care unit for airway monitoring.
If the patient is intubated, write the letter “T” (for endotracheal tube) or “ETT” on the GCS form, indicating the patient might be able to verbalize if not intubated. If the patient was sedated during the exam, write the letter “S” (for sedation), acknowledging that sedation may have decreased the GCS score.
If your patient has a GCS score of 8 or less, follow the steps below to complete the neurologic assessment of the unconscious patient.

Pupil evaluation includes assessment of pupil size, shape, and equality before and after exposure to light. Normally, pupils are equal in size and about 2 to 6 mm in diameter, but they may be as large as 9 mm. Also, the pupils may be pinpoint, small, large, or dilated. Normal pupil shape is round; variations include irregular, keyhole, and ovoid. (See Visualizing a keyhole pupil.)

To assess the patient’s pupils, hold both eyelids open and shine a light into the eyes. The pupils should constrict immediately and equally bilaterally; after you remove the light, they should immediately dilate back to baseline. Document the response: Is it brisk, sluggish, nonreactive, or fixed? Immediately report any changes from baseline. In many cases, a change in pupillary response, such as unequal or dilated pupils, results from a progressive neurologic condition.

Fixed and dilated pupils are an ominous sign that warrant immediate physician notification (unless the patient’s pupils have just been dilated chemically). For true changes in pupillary response, expect the physician to order further diagnostic tests, such as a CT scan.

Findings from cranial nerve (CN) assessment can tell much about the patient’s midbrain, pons, and medullary functions. Although some nurses find this assessment intimidating, it’s not that difficult. (See Assessing cranial nerves in the unconscious patient.)

The oculocephalic (doll’s eye) and oculovestibular (cold caloric) tests, which reveal brain stem function, are performed only by physicians on patients who don’t respond to the exam methods described above. These tests aid prognosis of severely brain-injured patients.

The oculocephalic test evaluates extraocular muscle movements (controlled by CNs III and VI). The examiner moves the patient’s head from side to side forcefully and quickly; in an abnormal response (an ominous sign), the eyes remain stationary. This exam is contraindicated in patients with suspected cervical spinal cord injury.

Oculovestibular testing also evaluates CNs III and VI, along with CN VIII. The physician instills iced saline solution into the ear canal and observes for nystagmus (involuntary rapid eye movements). In a normal response, the eyes show conjugate movement and nystagmus in the direction of the irrigated ear, indicating an intact brain stem. Absence of nystagmus is an abnormal response signifying a decrease in consciousness with severe brain stem injury. The oculovestibular test is contraindicated in patients with ruptured tympanic membranes or otorrhea; results may be false-positive in patients who are on ototoxic drugs (including phenytoin) or who have Ménière’s disease.

By following these guidelines, you can quickly and easily perform a neuro exam on the unconscious patient. Establish your patient’s baseline early, and make sure you know how to differentiate normal and abnormal neurologic findings. Remember that changes can be subtle and should be documented and reported promptly. Most importantly, use your nurse’s “sixth sense”—that gut feeling most of us have when something just isn’t right.

Both authors work in the Neurosciences Intensive Care Unit at Harborview Medical Center in Seattle, Washington. Elizabeth Anness is a staff nurse; Kelly Tirone is an assistant nurse manager.