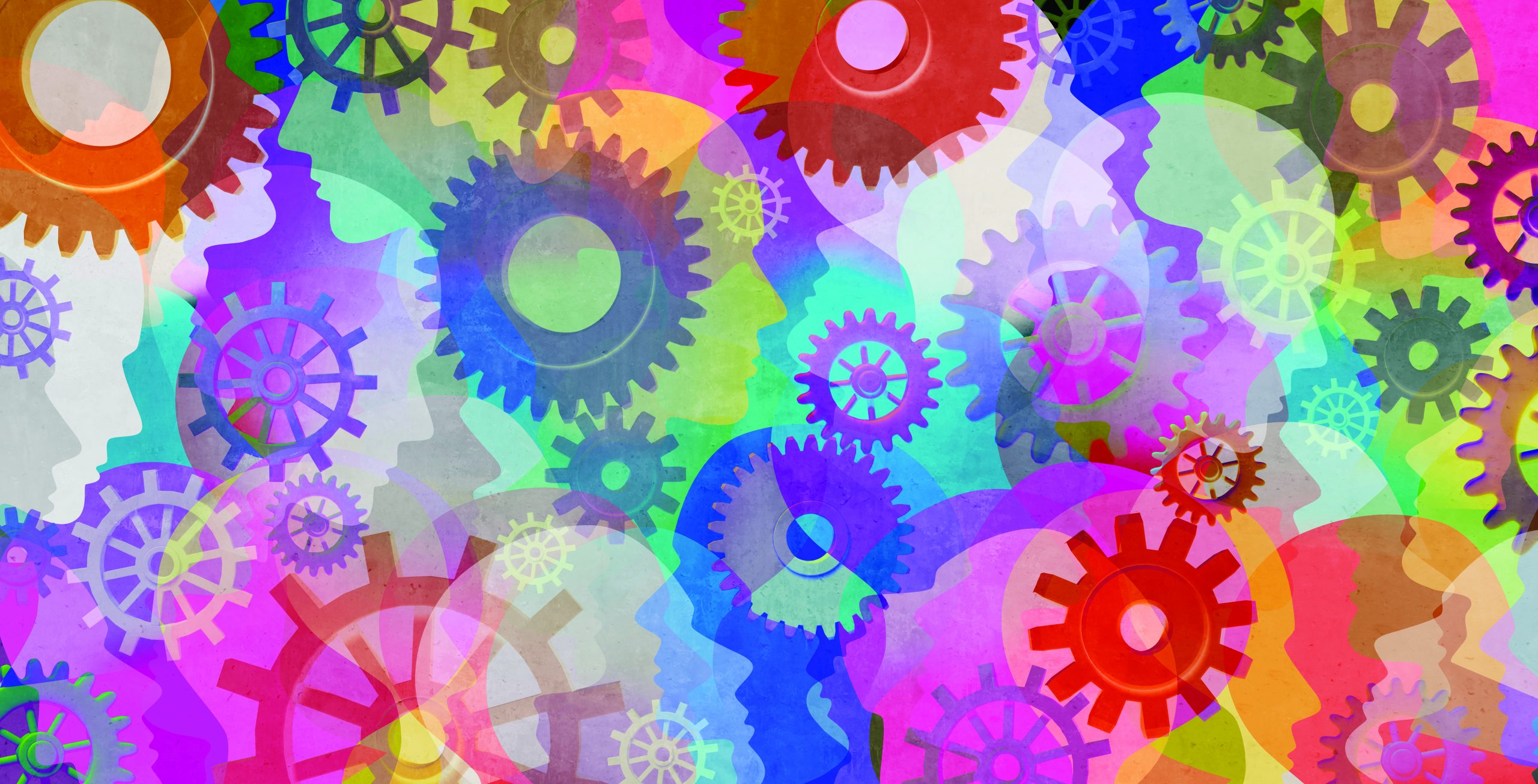 As a nurse, you’ll likely care for older adults (65 years and older) who present with memory concerns that may lead you to suspect dementia. However, several medical conditions mimic dementia and can be misdiagnosed as Alzheimer’s disease or a related dementia. These conditions frequently are reversible if diagnosed and treated. An early and accurate diagnosis can reduce the emotional toll on the individual and their caregivers that would result from a misdiagnosis and also save substantial healthcare costs.

In this article, we review seven common reversible causes of dementia and identify their signs and symptoms, diagnostic tests, and treatments. Some dementias can be reversed by resolving the underlying cause, so screening for cognitive impairment is an important first step. (See Screening options.)

Screening, which typically takes no more than 10 minutes at a primary care visit, can help identify conditions with symptoms that mimic dementia. Screening tools include:

If screening detects potential cognitive decline, additional evaluation may be warranted to determine the underlying cause. Caregivers or family members can help facilitate the screening process by providing information about changes in the patient’s behavior or memory at home and by comforting the patient during the screening.

Hypothyroidism occurs when the thyroid can’t produce enough hormones to meet a person’s metabolic needs. One cause is Hashimoto’s disease, an autoimmune disorder. The less-robust immune response associated with aging puts older adults at increased risk for the disease. Other causes include certain medications that older adults may be taking, such as amiodarone, lithium, rifampin, phenobarbital, phenytoin, and carbamazepine. Hypothyroidism is associated with depression and memory problems related to damage to the brain systems responsible for short-term memory, concentration, and problem-solving. Untreated hypothyroidism also may cause psychosis, anxiety, and somatic complaints. As a result, clinicians may misdiagnose hypothyroidism as an irreversible form of dementia.

Many hypothyroidism symptoms—such as depressed mood, difficulty concentrating, and memory impairment—are nonspecific. The central nervous system is susceptible to changes in thyroid hormone levels, which may slow all cerebral functions, resulting in memory loss and sleepiness. Hypothyroidism also may cause metabolic rate or neurotransmitter synthesis imbalance.

Suspected hypothyroidism is assessed by testing serum thyroid-stimulating hormone (TSH) and thyroxine (T4) levels in the blood. Low T4 or high TSH levels indicate primary hypothyroidism. Treatment should begin as soon as possible to avoid progression to severe hypothyroidism when brain structures may be irreversibly altered.

Hypothyroidism symptoms can be reversed if they’re identified early and thyroid function is restored. Thyroid replacement therapy using levothyroxine reverses most neuropsychological and behavioral abnormalities. (To learn more about hypothyroidism, read “Primary hypo­thyroidism: More common than you think” at myamericannurse.com/?p=70040.)

Depression can increase older adults’ risk of developing dementia, and according to Richard and colleagues, symptoms of depression occur in 40% to 50% of those with Alzheimer’s disease or a related dementia. The increased risk for memory impairment is highest in individuals with depression who are 65 and older, more severely depressed, bipolar, or in inpatient treatment settings.

The hippocampus plays a significant role in mood and cognition regulation, which can cause symptoms of cognitive decline. Hippocampal volumes link depression and dementia; reduced volumes are typical in people with mood disorders. People with depression frequently have poor visual and verbal memory, which can result in poor interpretation of information, difficulty processing information, or reduced executive functioning (organizing data and making decisions) on memory tests.

Patients with depression symptoms and memory complaints may be suffering from a brain dysfunction rather than just depression. The way to distinguish brain dysfunction from depression alone is by screening for hippocampal atrophy via magnetic resonance imaging (MRI). In addition, cognitive assessment is performed using screening tools, such as the Mini-Mental State Examination, the AD8 dementia screening interview, and the Mini-Cog. Depression assessment can be accomplished using the Geriatric Depression Scale.

Dementia may be reversed by treating hippocampal atrophy with antidepressant medication in early-onset depression to improve neuron health and prevent neuron damage progression. Patients receiving these medications should be assessed periodically for treatment adherence and symptom improvement.

Memory loss may result from vitamin B12 deficiency (and to a lesser degree, vitamins A, C, and folate deficiencies), mimicking dementia symptoms. According to Wang and colleagues, patients with low vitamin B12 or folate have double the risk of developing Alz­heim­er’s disease, suggesting that they work together for cognitive function.

In addition to memory changes, individuals with vitamin B12 deficiency may present with fatigue, numbness or tingling in hands and feet, vision loss, heart palpitations, GI problems, depression, or behavior changes. Vitamin B12 can affect cognitive function because it’s essential in the structure of myelin, the protective coating of neurons, causing slow neuronal conduction. Vitamin B12 deficiency also may result in transcobalamin deficiency (a disorder that impairs the transport of vitamin B12) and malabsorption and metabolic disorders, which can cause neuronal degeneration. In addition, vitamin B12 or folate deficiency may cause homocysteine levels to rise. Homocysteine has neurotoxic effects that can lead to cell death or neurologic disturbances.

Patients with recent mental changes should be screened for vitamin B12 deficiency. This condition is reversible with vitamin replacement.

According to Byrd, approximately 375,000 Americans have been misdiagnosed with dementia or Parkinson’s disease when the underlying condition was normal pressure hydrocephalus (NPH). Misdiagnosis can occur because patients with NPH frequently have word formation difficulty, an inability to carry out simple tasks, or impaired sensory interpretation.

Three distinct areas can be checked to help recognize NPH: cognitive impairment, urinary dysfunction, and mobility impairment (slow and shuffling gait). Early identification of NPH is difficult because symptoms occur gradually. Those that mimic dementia (apathy, dullness in behavior and thinking, and impaired attention) are associated with altered brain structure, and cognitive impairment may be the result of reduced neurotransmitters.

Early detection is critical when NPH is suspected. MRI and cerebrospinal fluid testing are the best ways to accurately diagnose the condition and evaluate its severity.

Treatment for NPH requires surgical placement of a shunt that removes cerebrospinal fluid from the ventricle. Shunt surgery may reverse or improve cognitive impairment if significant dementia hasn’t already de­veloped.

Sleep disturbances, including insomnia and sleep apnea, are common as people age and may lead to reduced cognitive performance, mimicking signs of dementia. Lack of restful sleep can increase the risk of sleep-disordered breathing, decrease total sleep duration, and impair circadian cycles. A study by Hung and colleagues indicates that primary insomnia is associated with a two- to three-fold increased risk for developing dementia.

Sleep apnea is known to cause neuron hypoxia and increase the risk of vascular conditions, such as vascular dementia and stroke, which can increase the risk for dementia. Poor sleep quality and quantity can affect neuron health by interfering with the brain’s natural processes for clearing toxins, which can increase glial cell inflammation and oxidative neurotoxin accumulation. The result can be neuron damage, dementia pathology in the brain, and subsequent dementia-like symptoms.

To determine whether a patient with a sleep disturbance has dementia or depression, their sleep patterns should be assessed with a sleep study. The study will help determine if the patient has obstructive sleep apnea, but it won’t be able to differentiate a sleep disturbance resulting from dementia or depression. These will require complex testing and may still be inconclusive.

Sleep disturbance treatment should begin with basic sleep hygiene strategies and nonpharmacologic approaches, such as transcranial nerve stimulation or cognitive behavioral therapy for chronic insomnia. For patients with sleep apnea, continuous positive airway pressure treatment is essential for improving cell oxygenation, which has been shown by Ferini-Strambi and colleagues to reverse dementia-like symptoms.

Alcohol-related dementia (ARD) accounts for approximately 10% of early-onset dementia cases. It may result from neurotoxic damage or nutritional deficiencies related to chronic excessive alcohol consumption. For example, thiamine deficiency can lead to Wernicke-Korsakoff syndrome, a neurologic disorder with symptoms that include confusion and cognitive decline.

Signs of ARD include cognitive and behavioral changes, such as impaired orientation, rational functioning, and inhibition. Patients with ARD typically are under the age of 65 years, socially isolated, and male. In addition, their cognitive impairment may be more difficult to detect.

Specific diagnostic criteria for ARD aren’t clear. Frequently, clinicians rely on evaluating changes such as loss of memory or alterations in thinking or reasoning, but only after patients have stopped drinking for some time.

ARD is potentially reversible with timely alcohol use disorder treatment, such as counseling, behavioral therapy, or medication. The earlier ARD is identified, the better the outcome and prognosis for the patient.

Cognitive impairment resulting from prescribed medications is more likely to occur in older than younger adults because they’re already vulnerable to dementia caused by neurodegeneration. Adding a moderately neurotoxic medication might trigger delirium or memory issues.

To definitively identify a medication that’s causing dementia symptoms, the drug causing impairment would have to have been administered before confusion onset and return to normal cognitive baseline would have to occur when the medication is stopped. However, these conditions rarely are met because many older adults take multiple medications. Medicines that can potentiate delirium in adults older than 65 years are found in the American Geriatric Society 2019 Beers Criteria®. These medications—including those with strong anticholinergic properties, conventional and atypical antipsychotics, benzodiazepines, and nonbenzodiazepine and benzodiazepine receptor agonist hypnotics—should be avoided.

Medications causing dementia-like symptoms should be discontinued, as ordered by the provider, while still treating the underlying medical condition. You can educate patients about the risks of taking multiple drugs, work with them to ensure they’re taking only essential medications, and recommend alternative medications when necessary. Always ask patients if they’re taking any over-the-counter medicines, supplements, or natural products, which may adversely interact with prescribed medications. (See Medication considerations.)

Older adults’ altered metabolism, absorption, and excretion may make them more sensitive to medication adverse effects. However, steps can be taken to mitigate them.

Nutrition, physical activity, and social networks are critical to dementia prevention. A healthy diet is associated with decreased risk of cardiovascular disease, heart failure, diabetes, and hypertension. For example, in patients with diabetes, elevated blood sugar and insulin resistance can increase the risk of dementia, and more severe conditions (such as hyperglycemic hyperosmolar non-ketonic syn­drome) can deprive neurons of glucose and lead to cognitive impairment.

Increased social contact has been shown to decrease the progress of cognitive decline. Older adults’ social networks may change because of decreased interaction resulting from retirement, children leaving home, and loss of friends or family. Encourage older adults to strengthen their bonds with others and support healthy, social, and therapeutic relationships to maintain healthy mood and neuron health.

Other causes of reversible dementia

Other causes of reversible dementia include: