A look at each APRN role 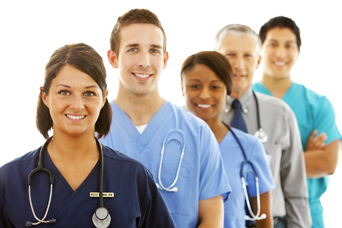 Read what follows for a description of each advanced practice registered nurse (APRN) role and the education programs that prepare nurses for each one. Nurse Practitioner, Clinical Nurse Specialist, Nurse Anesthetist, Nurse-Midwife

Nurse practitioners (NPs) are the largest group of APRNs—and the group that has experienced the most growth.

Founded 5 decades ago, the NP role grew out of an unmet public health need—primary care for underserved children. The first NP education program was a pediatric one started in 1965 by public health nurse and educator Dr. Loretta Ford and pediatrician Dr. Henry Silver.

NPs provide care across the wellness-illness continuum and are prepared to diagnose and treat patients with undifferentiated symptoms and established diagnoses. Most NPs (83%) are prepared in primary-care focused programs; 7% are educated in acute-care programs. Acute and primary-care NP programs differ in competencies and certification examinations. In 2016, U.S. News & World Report named NP sixth on its “Best 100 Jobs” list.

Data from the 2008 (and final) National Sample Survey of Regis- tered Nurses (NSSRN) indicated that an estimated 138,600 RNs were prepared solely as NPs; 16,400 as both NPs and clinical nurse specialists (CNSs); and 2,400 prepared dually as both NPs and nurse-midwives. The 2012 National Sample Survey of Nurse Practitioners estimated that the number of licensed NPs had risen to 154,000. Recent data from the American Association of Nurse Practitioners show an unprecedented increase of 68,000. NPs now number approximately 222,000, with a projected addition of 22,000 by 2025. NPs have prescriptive authority in all 50 states and the Dis- trict of Columbia; half have hospital privileges. An estimated 20,000 new NPs completed their academic programs in 2014-2015. 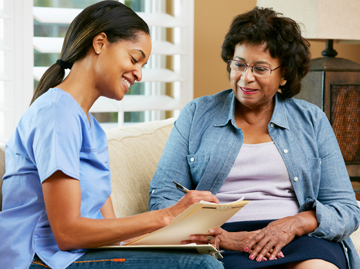 Conceived in 1954, the CNS role was first developed in acute-care and mental-health settings. The APRN Consensus Model describes the CNS as a “unique APRN role to integrate care across the contin- uum and through three spheres of influence: patient, nurse, system.” The National Association of Clinical Nurse Specialists (NAC- NS) describes the CNS as an expert in a particular specialty, such as a population, type of problem, disease, or setting.

The CNS role encompasses diagnosis and development of plans of care for and management of complex patients. CNSs practice across the lifespan and in all settings, and provide support and expertise to other nurses, physicians, hospital systems, and patients. They serve as patient advocates who provide evidence-based care to improve healthcare delivery and patient outcomes.

The 2008 NSSRN survey found certified CNSs were the second largest APRN group, with 59,242 nurses reporting they were pre- pared in the CNS role. In 2012, NACNS estimated the number of CNSs at approximately 70,000. In 2014, NACNS and other groups conducted the first National Census of Clinical Nurse Specialists. This online survey collected 3,370 responses from RNs who had either completed or were enrolled in a CNS program; 60% report- ed an MSN as their highest degree; 13% said they billed independently for their services; and one in four had prescriptive authority. The most common population foci were adult-gerontology (71%) and psychiatric/mental health (10%).

The American Association of Colleges of Nursing reported that as of fall 2013, 2,020 students were enrolled in master’s-degree CNS programs in 148 schools. Eighteen schools offered a post-BSN doctor-of-nursing practice (DNP) degree for CNSs, for a total enrollment of 187 students. 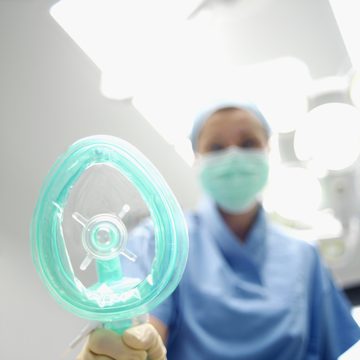 Nurses have been administering anesthesia in this country since the Civil War. The certified RN anesthetist (CRNA) credential was established in 1956.

CRNAs practice in every state and provide every type of anesthe- sia in all settings. According to the American Association of Nurse Anesthetists (AANA), CRNAs provide anesthesia no differently than physician anesthesiologists. They also provide pain management modalities. More than 49,000 CRNAs administer approximately 40 million anesthetics per year. They continue to serve as primary providers of anesthesia for U.S. servicemen and women and are the sole anesthesia providers in two-thirds of rural hospitals.

In the 2008 NSSRN survey, 34,821 nurses reported they were prepared as nurse anesthetists. CRNAs are the third-largest APRN group—and the highest-paid. According to the Bureau of Labor Statistics, in 2015 the annual mean CRNA wage was $160,250. In its 2016 “Best 100 Jobs” lists, U.S. News and World Report ranked nurse anesthetist fourth, outranking anesthesiologist (ninth).

As of 2015, the United States had about 115 accredited CRNA programs. Program requirements include at least 1 year of RN practice in an acute-care setting and a BSN degree or other appropriate bachelor’s degree. Most program requirements include two or three rigorous in-person interviews and a grade point average of 3.0, a Graduate Record Exam score above 300, or both. Applicants should provide evidence of excellent performance, usually in an adult acute-care setting.

CRNA program length ranges from 24 to 36 months. Today, the entry-level requirement for CRNAs is the master’s degree, but by 2025 it will be the DNP. No population focus limitations exist for CRNAs. Students gain clinical experience with patients of all ages in settings that include pediatrics, obstetrics, medical-surgical, and dentistry. Requirements for entry into CRNA practice include successful completion of a nurse anesthesia program accredited by the Council on Accreditation of Nurse Anesthesia Educational Programs and passing a certification exam from the National Board of Certification and Recertification for Nurse Anesthetists. 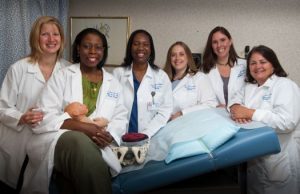 Midwives can be either certified nurse-midwives (CNMs) or certified midwives (CMs). CNMs are educated in both nursing and midwifery. Both CNMs and CMs are licensed independent health- care providers who provide primary care to women throughout the lifespan. They attend about 8% of all US births.

CNMs have prescriptive authority and are recognized in all states, the District of Columbia. and some U.S. territories. CMs are authorized to practice in five states—Delaware, Missouri, New Jersey, New York, and Rhode Island. CNMs and CMs have the same educational standards and must pass the same certification test from the American Midwifery Certification Board.

The 2008 NSSRN found CNMs were the smallest APRN group, numbering about 18,492. Approximately 21% CNMs reported being prepared in an additional APRN role, such as NP. More recent data obtained by the American Midwifery Board showed 11,194 CNMs and 97 CMs in the United States as of March 2015.

A list of accredited CNM programs is available on the ACNM website. About one-third offer the option of a DNP CNM program. Most offer the MSN and a post-graduate certificate option. Several provide the option of completing requirements for dual roles— CNM and women’s health NP.